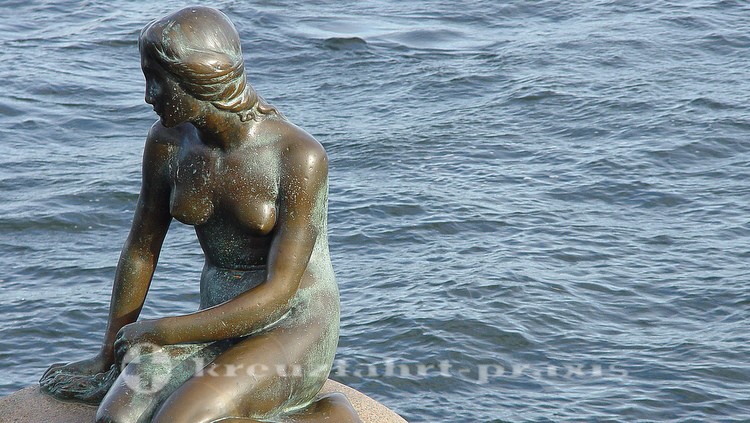 Azamara Journey - From Copenhagen to Greenwich

Our “Cities of the Northern Europe” cruise on the Azamara Journey starts in Copenhagen. It leads via Aarhus, Skagen, Oslo, Bremerhaven, Amsterdam, Ostend and Honfleur to Greenwich / London.

We have overnight stays in Amsterdam and Greenwich. In other cities, lay times are very long, e.g. until ten o'clock in the evening in Aarhus or Oslo. We like that because it allows us to see a lot.

A small fan plane from SAS brings us from Hanover to Copenhagen early in the morning. Our luggage arrives very quickly. Unfortunately, the planned luggage transfer to the port does not work because the service station at the airport does not open until nine o'clock, contrary to the advertising on the Internet. We don't want to wait that long. So we take the train to the main station and stow our luggage in lockers.

From the town hall to the Kongens Nytorv

We start our city tour in light but steady rain. And it will stay that way for most of the day. Past Tivoli we go to the town hall. The huge entrance hall and the arcades surrounding it on two upper floors can be visited. 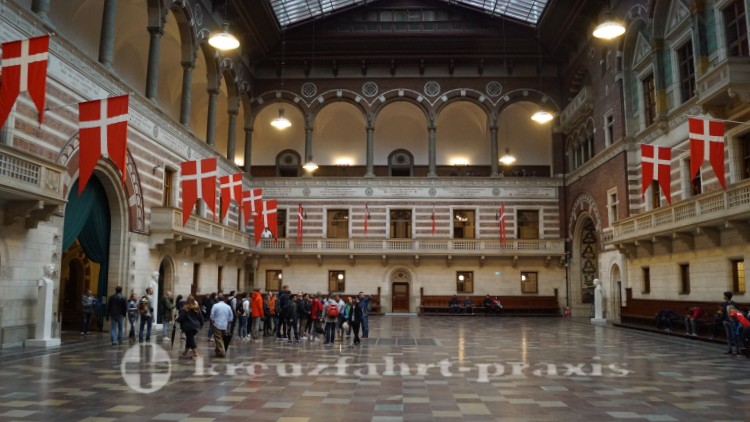 Jens Olsen's famous world clock is in a room next to the main entrance. It has twelve drives and shows the current times around the world as well as the course of the sun and stars. When the weather is nice, the view from the 106 meter high town hall tower should be impressive.

We walk through the Strøget shopping street, which connects City Hall Square with Kongens Nytorv, the New Royal Market. The face of the Strøget changes on the approximately two kilometer long path. In the vicinity of the town hall, the simple shops and chain stores dominate. Towards Kongens Nytorv, on Østergade, the shops are more elegant and exclusive and prices are rising.

The Kongens Nytorv is actually a majestic place. Unfortunately, it is currently a huge construction site. The new subway is being built here. Around the spacious square are Charlottenburg Palace, the seat of the art academy, the royal theater, the Hotel d'Angleterre and the Magasin du Nord department store. And in the middle of the square is a statue of King Christian V on horseback. The Nyhavn Canal with its excursion boats and trendy bars also begins at Kongens Nytorv. 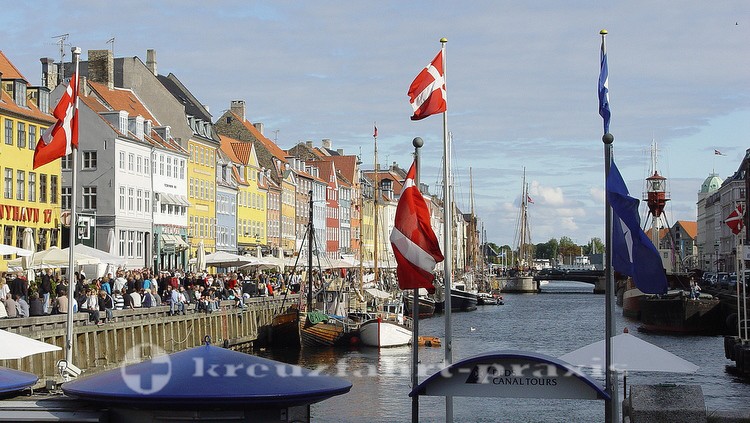 On the Nyhavn Canal

So there is a lot to see. We circle the square and spend some time in Magasin du Nord to avoid the rain.

Then we make our way to Christiansborg Palace, the seat of the Danish Parliament. The view from the tower should be very nice when the weather is clear. We have haze and rain, however. In addition, a long line of people is waiting for access. So we're postponing the tower tour to our next stay in Copenhagen. However, we do not do without the royal stables and the riding arena. Then we pass the Glyptothek and pick up our luggage at the train station. The Copenhagen train station is also worth seeing. Not bad that coincidence brought us here.

We take a taxi to the jetty. The Azamara Journey is on the Nordre Toldbod. Only very small cruise ships can moor here - directly opposite the Gefionbrunnen. The star-shaped area of ​​the fort begins a little to the right. The center of Copenhagen is within walking distance. And next to us is the royal yacht Dannebrog, a bit old-fashioned to look at, but beautiful.

We check in and look at our cabin, which is small and fine and just as beautiful as we remember it from our trip with the Azamara Quest. We eat something in the Windows Café, the buffet restaurant. After the mandatory rescue exercise, we start again. You can find information about Denmark's capital in our articles Copenhagen and Copenhagen landmarks.

A fairytale castle in the park

We have to cut our afternoon program significantly. It's raining, raining, raining. And as nice as our planned tour would be, when it rains it's not really fun. We go to Rosenborg Castle, however. This castle looks very similar to a fairytale castle because of its pretty gables and towers. 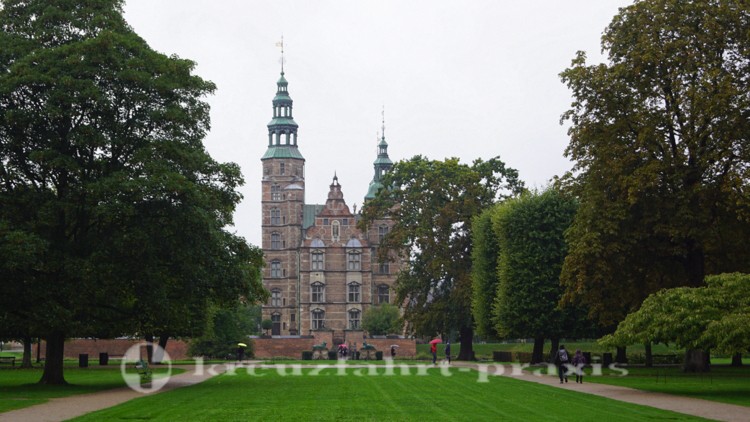 Today it is a museum where you can admire the royal regalia and other treasures, among other things. The park looks inviting too. When the weather is nice, it should be the garden of the Copenhageners. On the way back to the ship we take a look at Frederiks Kirke, also known as the marble church. Then it is enough. We got wet enough for today.