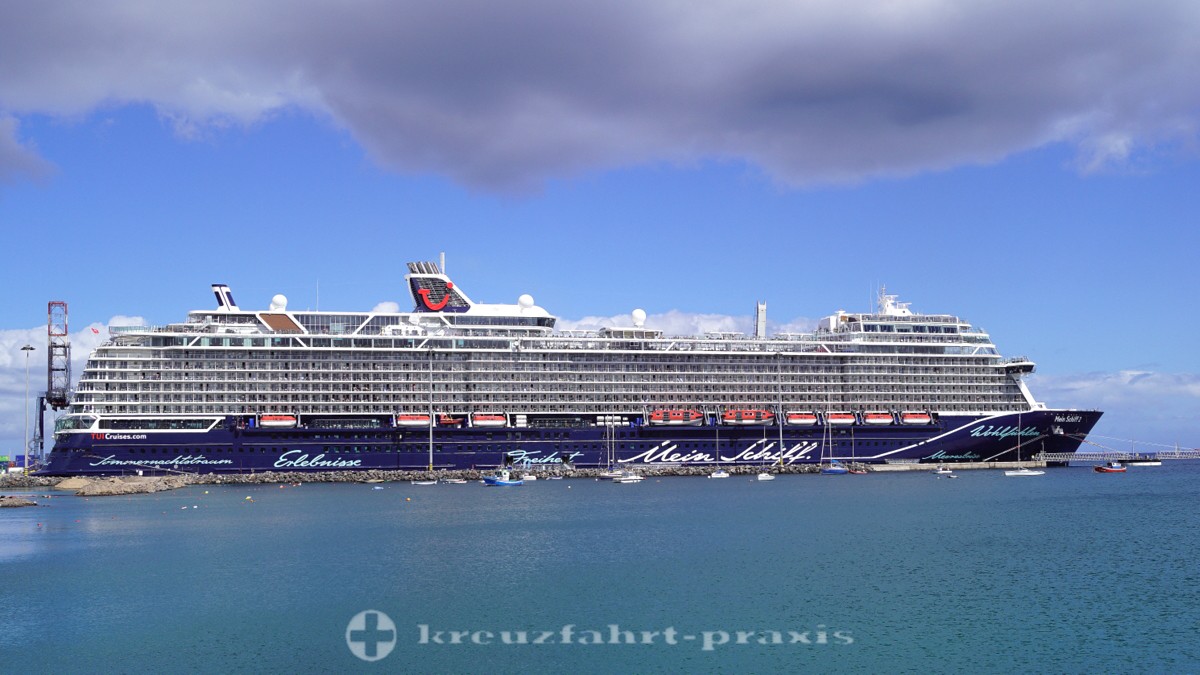 Germany's cruise market has been growing continuously for years. Since May 2009 the Hamburger TUI Cruises GmbH contributed significantly. The company was held in equal parts by the Hanoverian TUI Group and the Miami based Royal Caribbean Cruises Ltd. founded.

What does TUI Cruises stand for?

TUI Cruises stands for "contemporary holidays at sea". The cruise line's focus is primarily on the German-speaking market. The ships are positioned as premium ships in the 4-star segment. 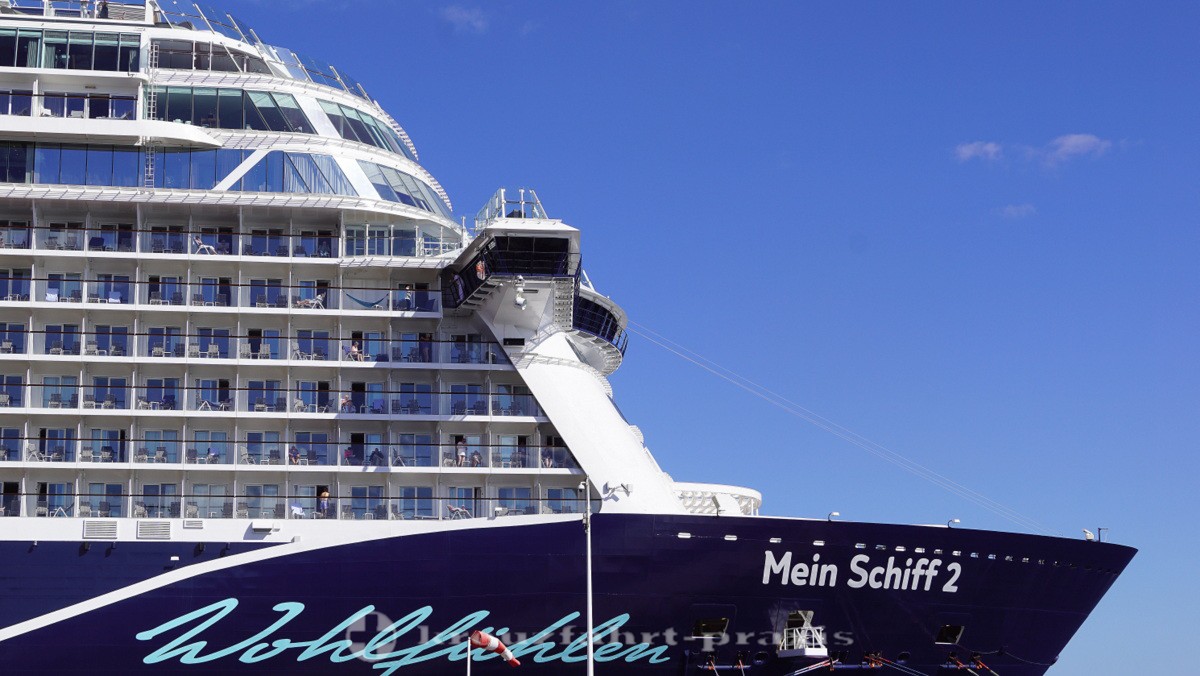 The company was founded with the intention of filling the gap between traditional cruises and the increasingly important “club and fun ships”. When it comes to traditional luxury cruises, TUI AG has expertise: It runs the subsidiary Hapag Lloyd Cruises.

There is no such thing as a “typical” customer. The market segments addressed by TUI Cruises are, on the one hand, young, active people, with and without followers, well-paid and well-established mid-agers and, last but not least, well-cared for senior citizens. There are also event trips such as the “Rockliner”, the “Jeckliner”, LGBT Cruises or “The Kelly Family Cruise”. 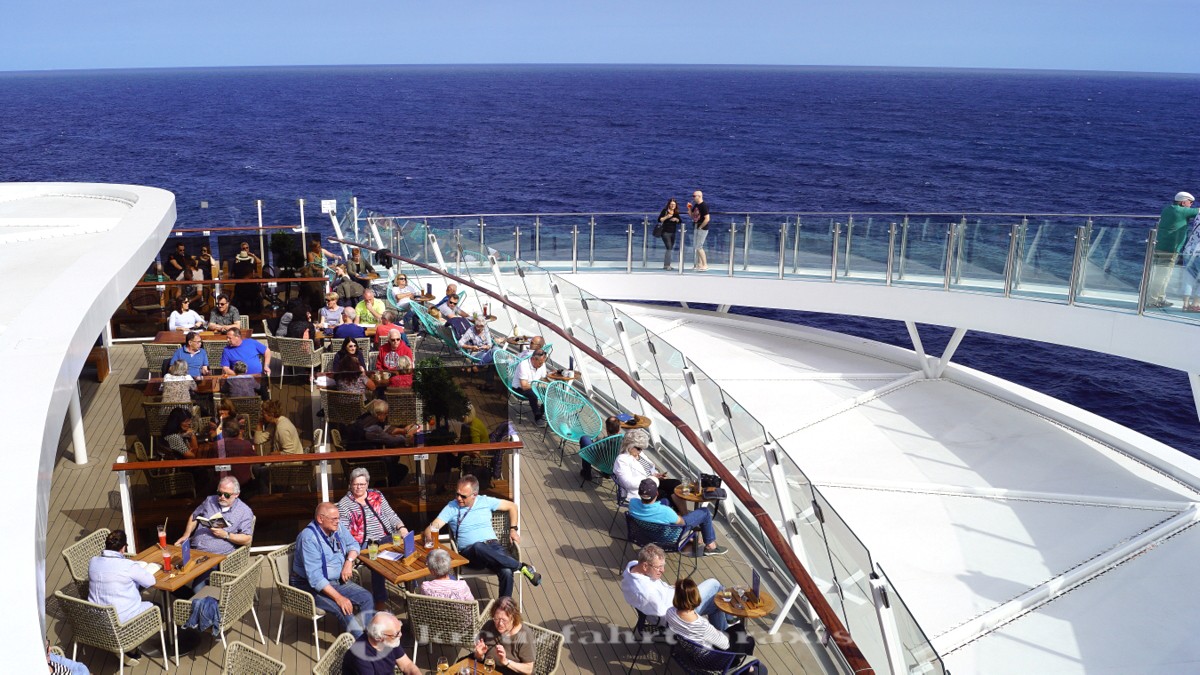 The premium all inclusive concept - the key to success

"The services make the difference: Premium All Inclusive". This is how the shipping company defines its recipe for success. It is advertised primarily with the Premium all inclusive concept. That means that a substantial part of the restaurant offers, almost all drinks and tips are included in the tour price. Additional payments are incurred (customary in the industry) in the specialty restaurants and in the SPA and fitness area. 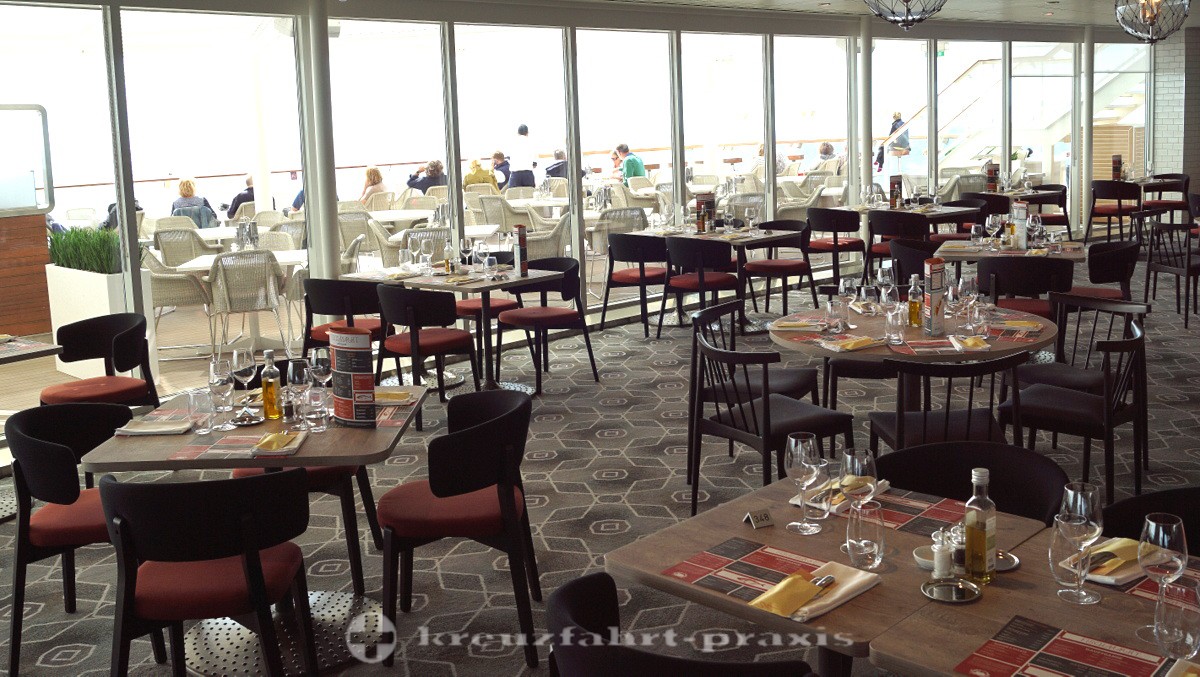 The culinary offer is on a pleasingly high level. The variety and quality of the dishes are exemplary. TUI Cruises primarily relies on on-site service. The SPA & sea area and an extensive range of sports also motivate the clientele. A casual dress code and fixed meal times do not restrict the ship's guests. And: the language on board is German! All in all: TUI Cruises offers fine Feel-good ships.

When it comes to soft factors, there are a few other conveniences. There is a Nespresso machine in each cabin, with two free coffee capsules being served every day. The entertainment program is ambitious and varied. Good port information is provided for the destination ports, which will satisfy independent ship guests. Announcements on board the ships are informative and not annoying. - For those who stayed on land and the ex-Guests have the well-made cruise video blog "MeinSchiff.TV ”or the“ Mein Schiff Blog ”.

TUI Cruises was obliged to present ships shortly after the company was founded. The shipping company used Royal Caribbeans subsidiaries Celebrity Cruises. The planned to take two older and identical ships from the market in order to replace them with larger new builds. After an extensive conversion program, both ships were the first to sail under the names Mein Schiff 1 and Mein Schiff 2 for TUI Cruises. 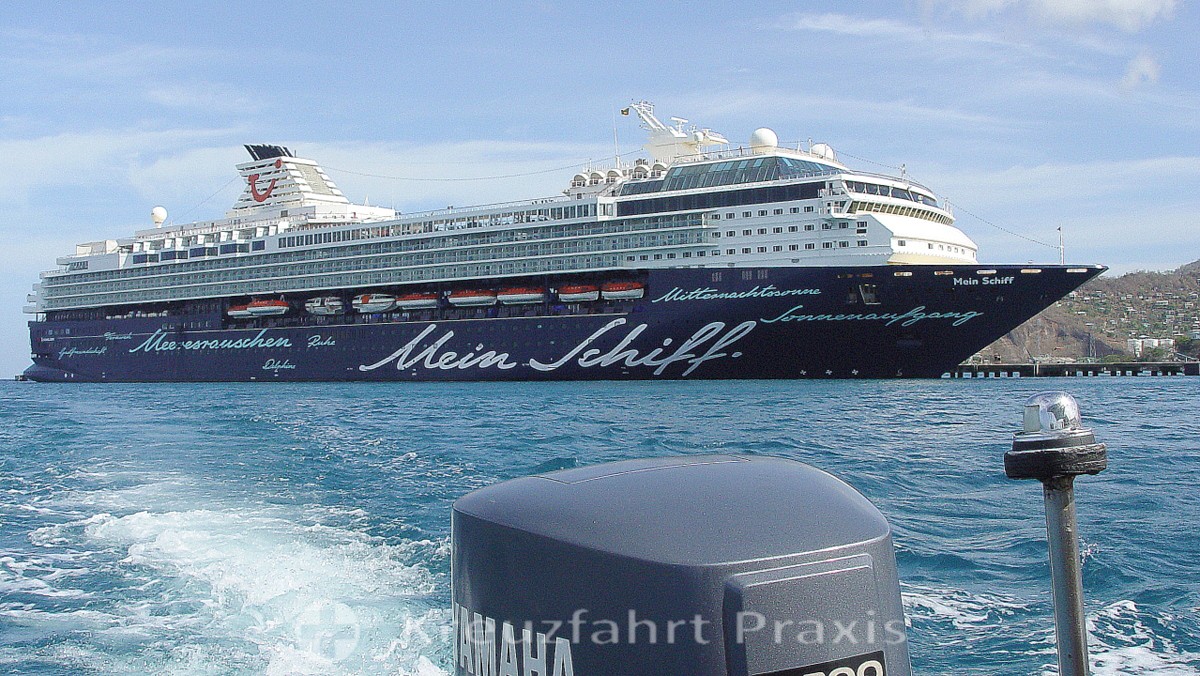 The 316 meter long Mein Schiff 1 and Mein Schiff 2 were preceded by four 293 meter ships each. The ships of this series have 90 percent outside cabins; Balcony cabins make up a total of 82 percent of the cabin capacity. 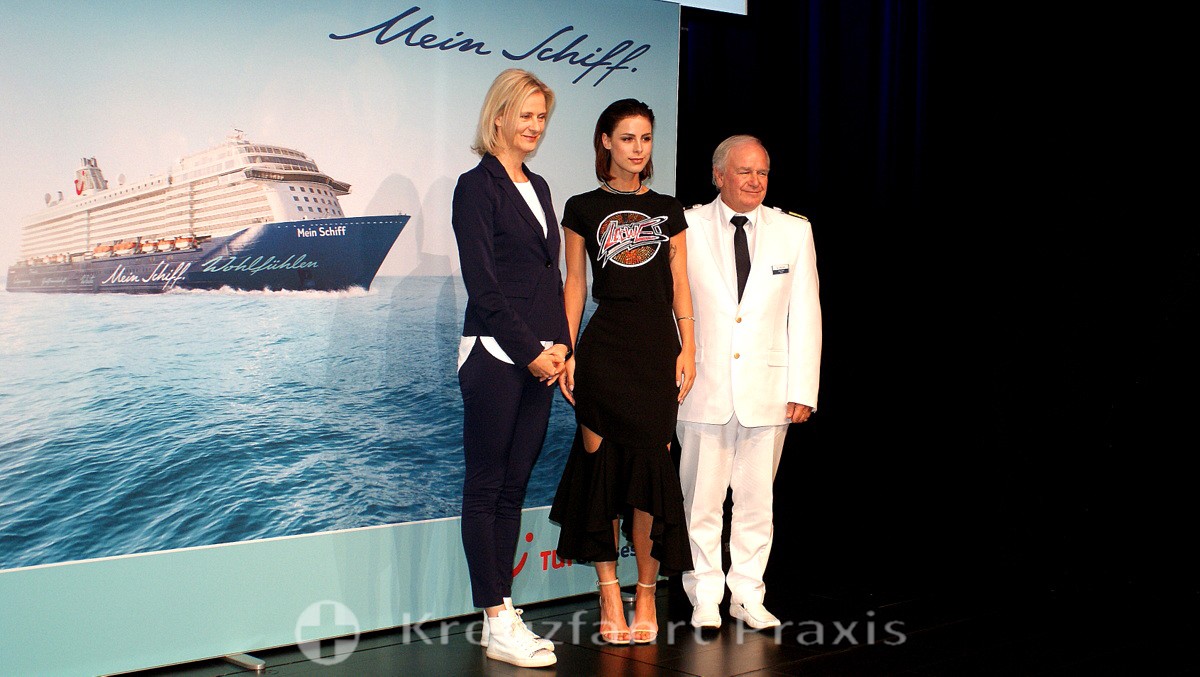 Mein Schiff 2023 will be added to the fleet in 7. Two more new buildings have been ordered for 2024 and 2026. With a measurement of 161.000 GT, these ships turn out to be significantly larger than the recently delivered newbuildings Mein Schiff 1 and Mein Schiff 2. And what is contemporary, they are fueled with LNG, environmentally friendly liquefied natural gas.

Since the new Mein Schiff 2 went into operation, the TUI Cruises fleet has almost 18.000 beds. 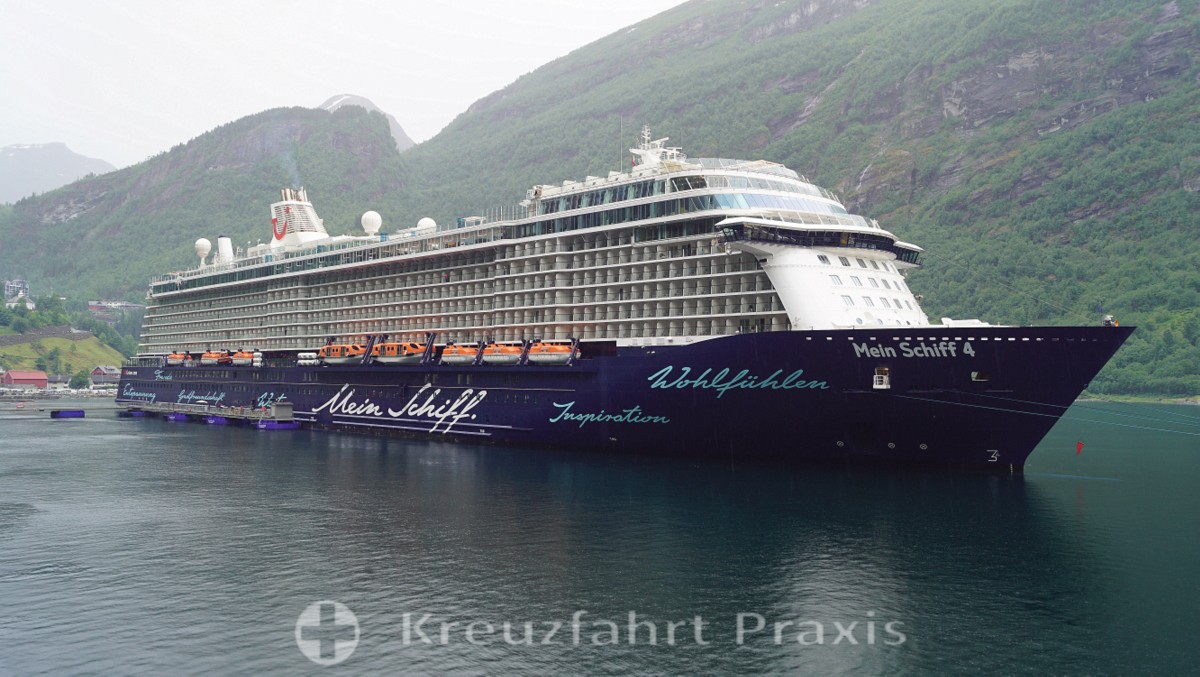 My ship 4 in the Geirangerfjord

TUI Cruises knew how to establish a competitive and high-quality cruise product on the German market within a short period of time in collaboration with Royal Caribbean. The ships have so far been operating at almost 100% capacity. Guests like to stay on the TUI ships, especially as the continuous expansion of capacity made it possible to head for new, previously unused destinations. TUI ships cruise off Asia, the Orient, the Caribbean, the Canary Islands, the Mediterranean and northern regions.

Tourism experts have so far expected that Germany's cruise market will grow steadily. Under such conditions, and bearing in mind the planned expansion of the fleet to a total of nine large ships, TUI Cruises could have achieved further growth. - In times of the COVID-19 pandemic and the unpredictable effects of the transnational epidemic on the cruise industry, such expectations must now be questioned.