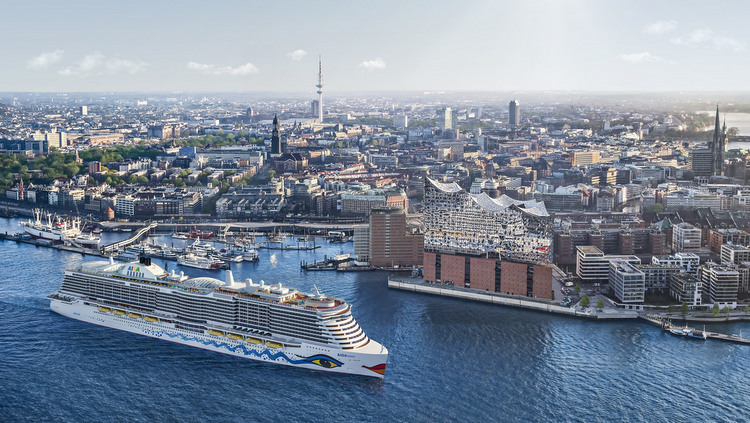 Germany is home to several well-known cruise lines, of which AIDA Cruises is the largest and best known. In the course of its existence, the Rostock-based company has awakened the interest and passion for cruises in millions of German-speaking guests through skilful marketing and consistent good performance. 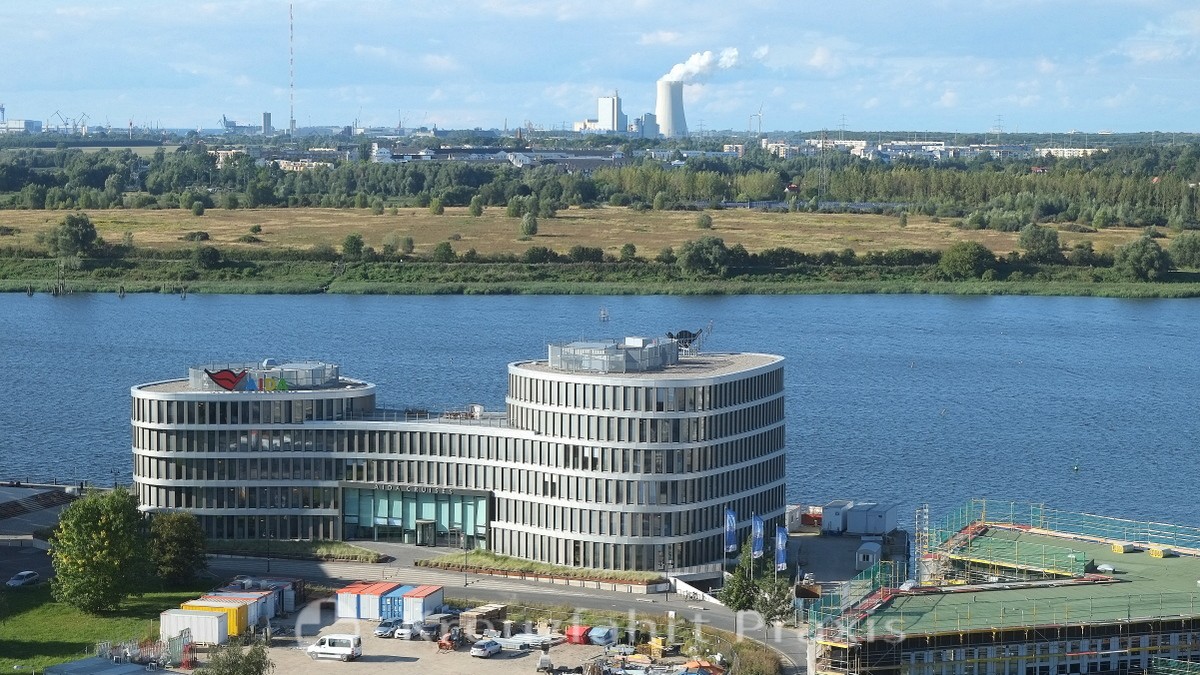 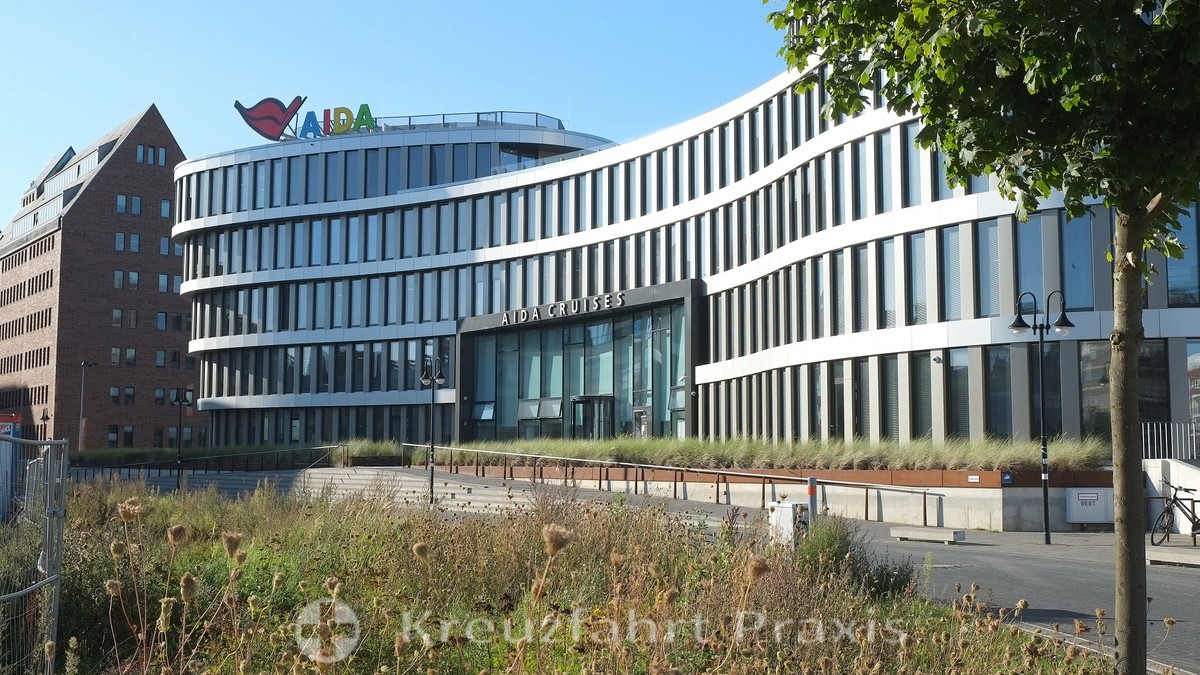 The nucleus of AIDA Cruises was the Deutsche Seereederei, the former state shipping company of the GDR. It repositioned itself after the political change in Germany. The decisions made in the early 1990s included setting up and introducing a funship concept on the German market. The US Carnival Cruise Line served as a model for the shipping company.

It started in 1996 with the AIDAcara; the AIDAvita and AIDAaura followed. After a few stopovers, in 2004 the company became a brand of Carnival Corporation & plc, the world's largest cruise operator. Carnival subordinated AIDA Cruises to the Italian Costa shipping company. That explains why AIDA ships have been flying the Italian flag since 2004. Since then, the company's correct name has been AIDA Cruises - German Branch of Costa Crociere SpA. The unmistakable trademarks of all ships are the kissable mouth on the ship's bow and the blue eyes with the eyeliner. 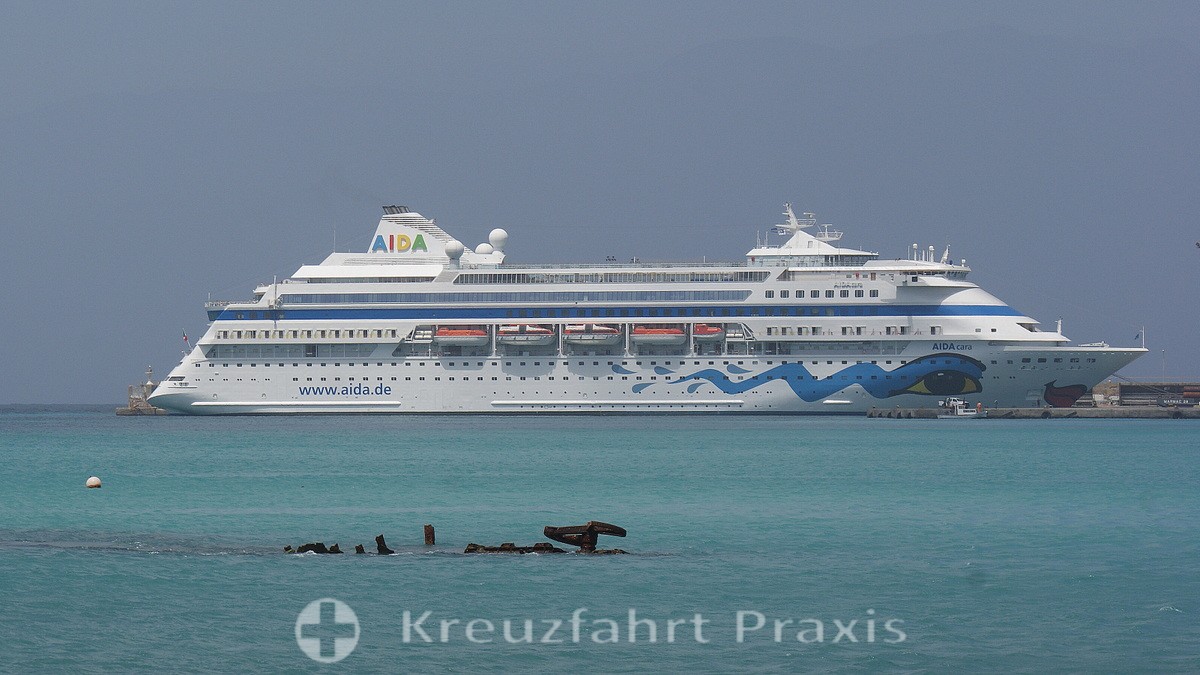 AIDAcara in the port of Mindelo / Cape Verde

The time was ripe for cruises, and membership of the Carnival group favored the expansion of the fleet. The implementation of the ambitious corporate concept on the German-speaking market would hardly have been possible without the experience and influence of our partner Carnival. The American Carnival website tells the reader that AIDA ships have been "tailor-made" for the German-speaking market. They offer cruise experiences for all generations, German-speaking service, German food and entertainment tailored to German tastes. All cruises with the AIDA cruise ships can be booked directly on the Book the AIDA Cruises website.

The group wants the AIDA brand as a seaworthy club resort. The whole thing is lined with a variety of amenities and facilities on board the ships, which are intended to appeal to younger, active vacationers in particular. 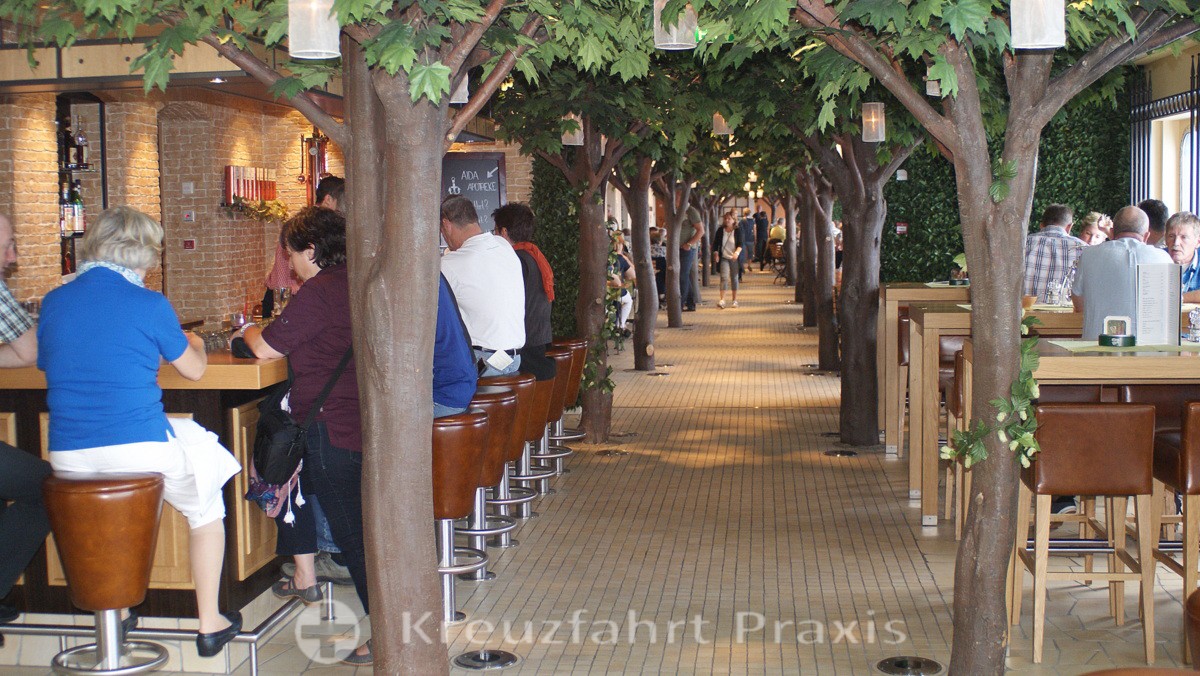 AIDAstella - The beer garden in the brewery

The company implements the group requirement well. All ages are represented on board the ships, from toddlers to senior citizens. And there is something entertaining for all tastes. Entertainment, sport and wellness satisfy all age groups. The gastronomy of the buffet restaurants on the ships is generally satisfactory. There has been a noticeable trend in recent years towards service restaurants that are subject to a surcharge and towards elaborate spa facilities that are also chargeable. The growing ship sizes promote this development. However, the policy of surcharges alone is not a special AIDA phenomenon; this form of delimitation of the additional services from the standard offers can also be observed with other cruise brands. 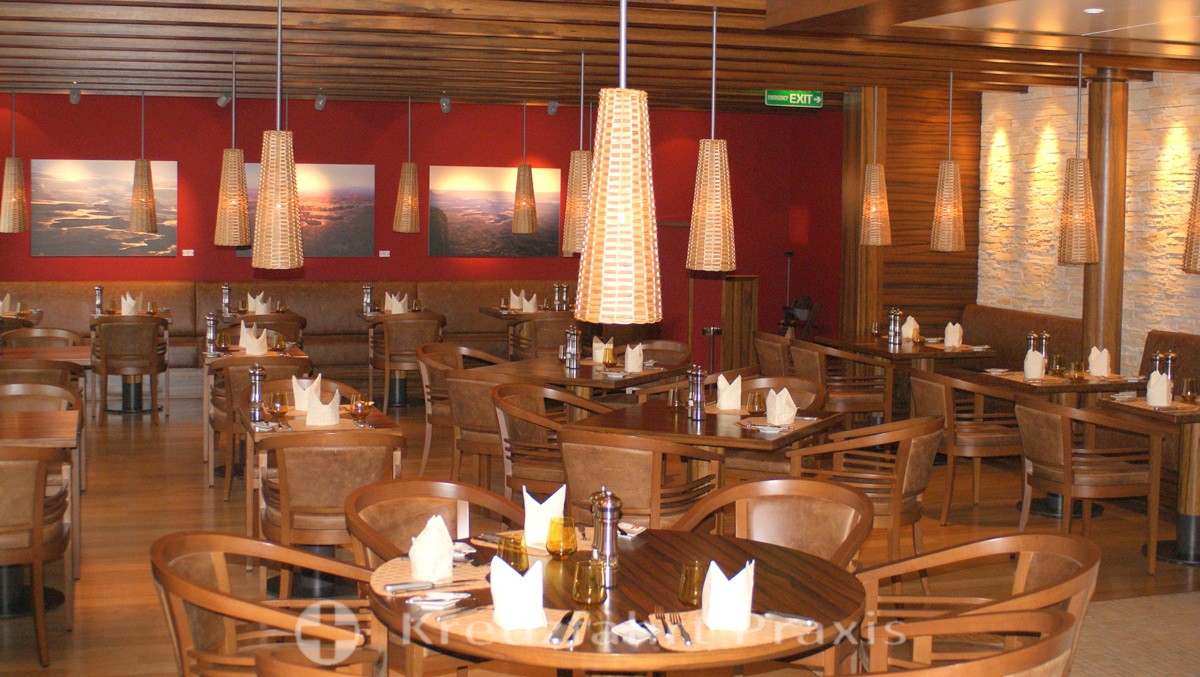 AIDA ships obviously meet the needs of German-speaking travelers precisely. The guests are apparently very satisfied with what is on offer. AIDA put the overall satisfaction of the guests on board the ships at 2014 percent in 92. This and the number of ships explain on the one hand the high market share of the shipping company in the German market and on the other hand the number of "repeaters". Most recently, the AIDA ships carried more than a million passengers within a year.

What to do with the old, small fleet members? Costa Crociere and competitors have shown the way. Under the program item AIDA Selection The tried-and-tested, manageable ships, measured at around 40.000 GT, have been offering alternatives to the fun-ship ambience of their big sisters since the beginning of 2017. “Cosmopolitan explorers” are offered extraordinary routes off the beaten track, culinary art based on regional dishes, lectures by recognized lecturers and overnight stays in individual ports.

After the delayed commissioning of the two newbuildings AIDAprima and AIDAperla, massive problems arose at the Mitsubishi shipyards during the construction period, the company continues to focus on expansion. The company is investing in three new Helios-class ships powered by liquefied natural gas (LNG). The construction contracts were awarded to the MEYER shipyard in Papenburg and a first ship, the AIDAcosma, went into service in 2019. The giants, which presumably cost one billion euros each, clearly beat the previous ships in terms of size. They are measured with more than 180.000 GT, have more than 2.600 cabins and carry a minimum of 5.000 guests per trip at full capacity. The corona pandemic has delayed the completion of the second and third Helios-class ships. 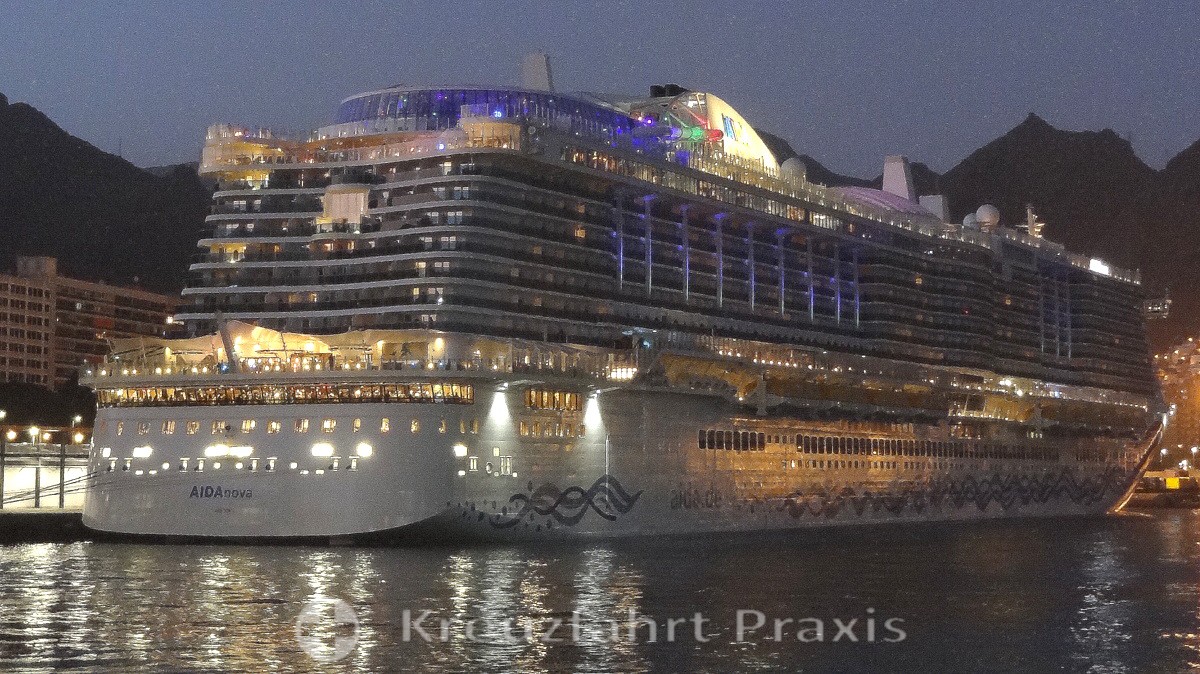 AIDAnova in the port of Tenerife

A company that has decided and has to implement such huge investments in new buildings must not be afraid of the future. A resurgence of the German cruise market after coping with the Corona crisis is imminent.