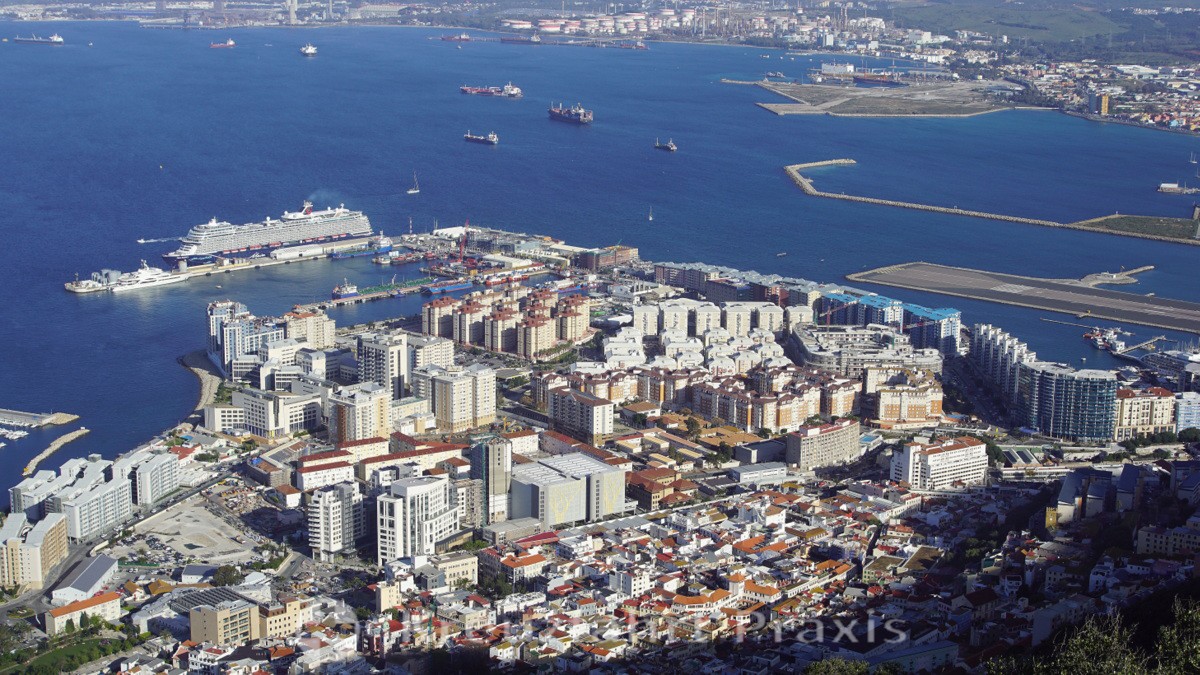 The United Kingdom includes fourteen British Overseas Territories. One of these regions is Gibraltar. Despite being on Spanish territory, Gibraltar has been ruled by the United Kingdom since 1704. The situation means that Gibraltar has been the bone of contention and controversy between the two states for more than 300 years. It is no coincidence that Gibraltar's motto is “cannot be conquered by any enemy”.

Gibraltar lies on a seven square kilometer peninsula. The Strait of Gibraltar separates the continents of Europe and Africa. Regardless of the means of transport Gibraltar visitors use to arrive; the first thing you see is the spectacular limestone cliff. It rises more than 420 meters from the sea. The length of the rock is about four kilometers, and the width is up to 1,2 kilometers. In ancient times the rock was considered one of the two pillars of Heracles. Gibraltar is divided into the Upper Rock nature reserve, the urban area and the Bay of Gibraltar. 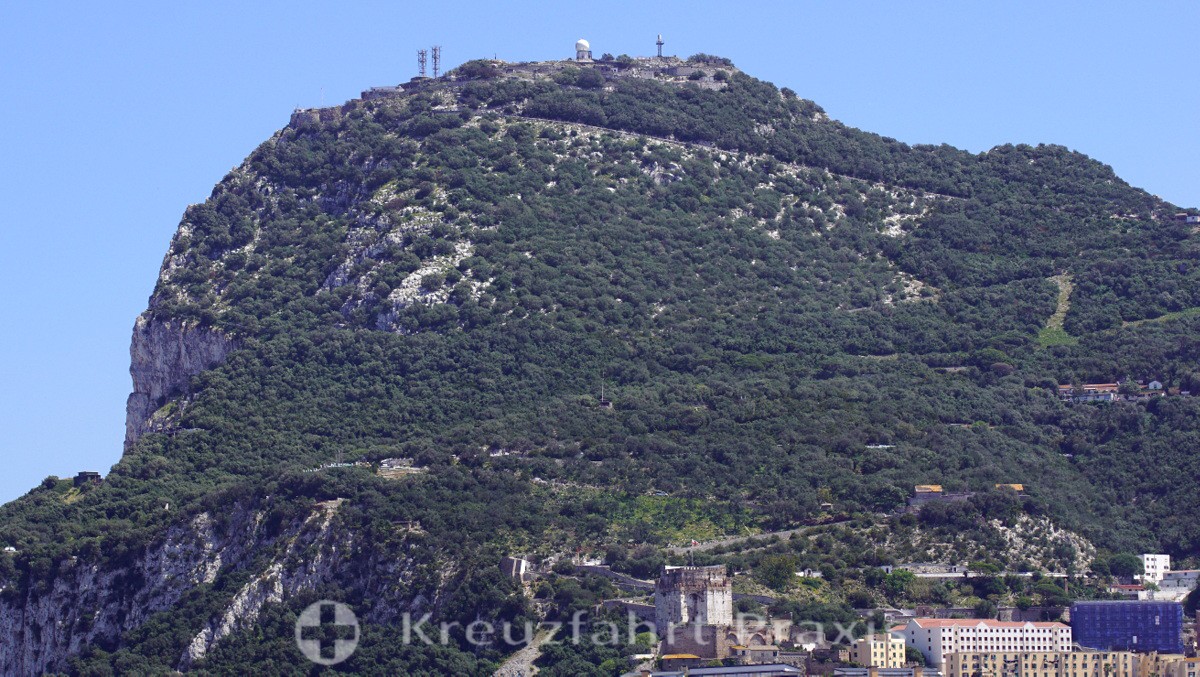 Gibraltar - The Rock - the northeastern part

Gibraltar's residents - then and now

Gibraltar's first settlers were the Neanderthals. They lived in the caves in the rocky region about 28.000 years ago. Traditional permanent residents of the island are the Barbary macaques that live in the caves and crevices of the rock. Legend has it that Great Britain loses Gibraltar when the last monkey leaves the rock. To prevent this from happening, former British Prime Minister Sir Winston Churchill had barbary apes imported from North Africa to replenish the ape population. 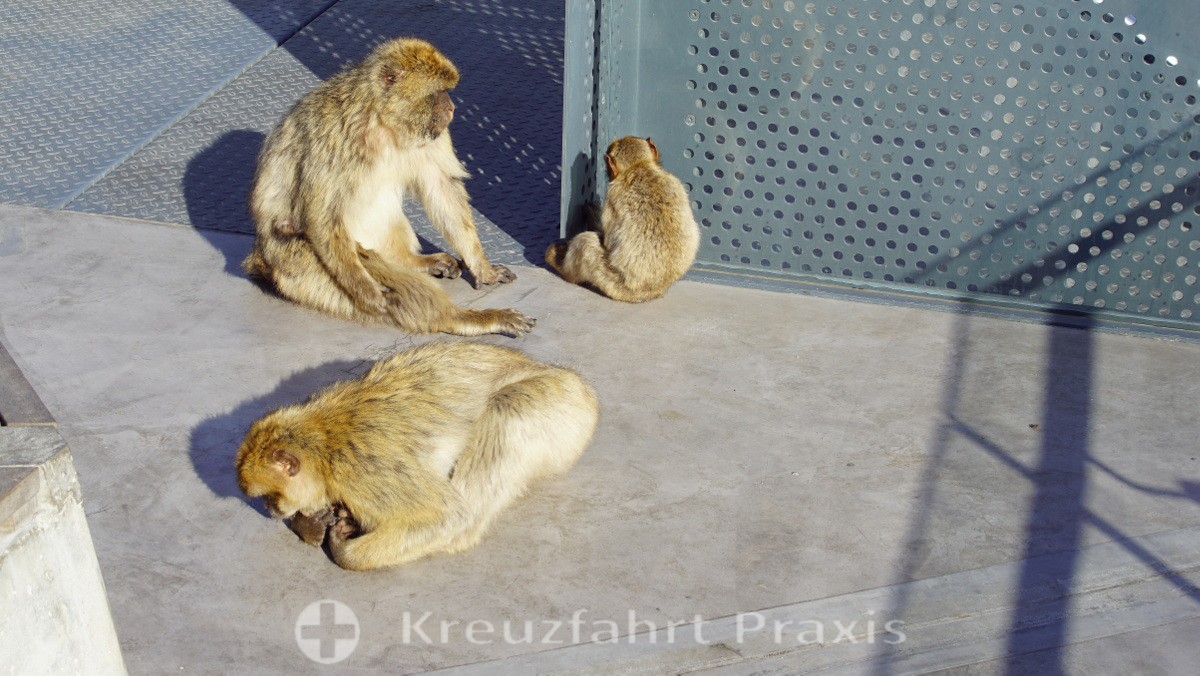 The number of humans far exceeds that of monkeys. The number of residents in 2015 is given as 33.500. In relation to the area, Gibraltar is one of the places with the highest population density in the world.

As early as the 18th century, the English government thought it appropriate to protect Gibraltar from attacks by means of massive coastal fortifications. Most recently, during the Second World War, for fear of German attacks, the rock was expanded into a fortress through a branched system of tunnels. The underground passages reach a length of about 50 kilometers. The fortress provided space for 15.000 soldiers. The so-called World War II tunnels are open to inspection. They are considered one of the top sights in Gibraltar. From today's perspective, the tunnel construction was superfluous. Gibraltar was not attacked by German troops. Because of its strategic location, Gibraltar is still a British naval and air force base. 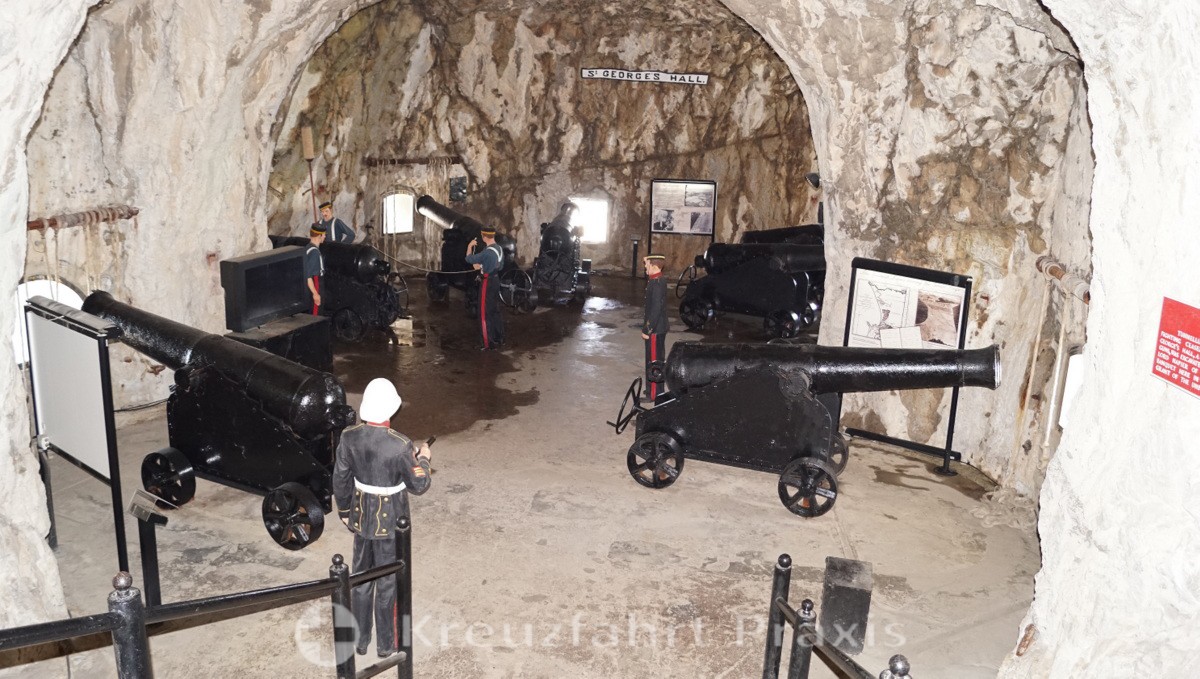 Gibraltar from an economic point of view

In terms of population policy, Gibraltar is a melting pot. And economically it couldn't be any better, because Gibraltar's budget generates sustainable surpluses. The enclave's economy participates to a large extent from tourism. Day trippers meet those guests who visit Gibraltar for a longer period in the city center.

Maritime shipping uses the port as a bunker station. The port industry also includes shipbuilding and the repair business.

The delicate offshore financial transactions are a particular specialty of the overseas territory. More than 30.000 companies have locations on Gibraltar, and not only because of the predominantly good weather. As the latest significant source of income, revenues from online sports betting also contribute to tax income.

And last, but not least, Gibraltar's international airport deserves a mention. Its runway is crossed by the access road that connects Gibraltar with Spain.

Gibraltar with the cruise terminal 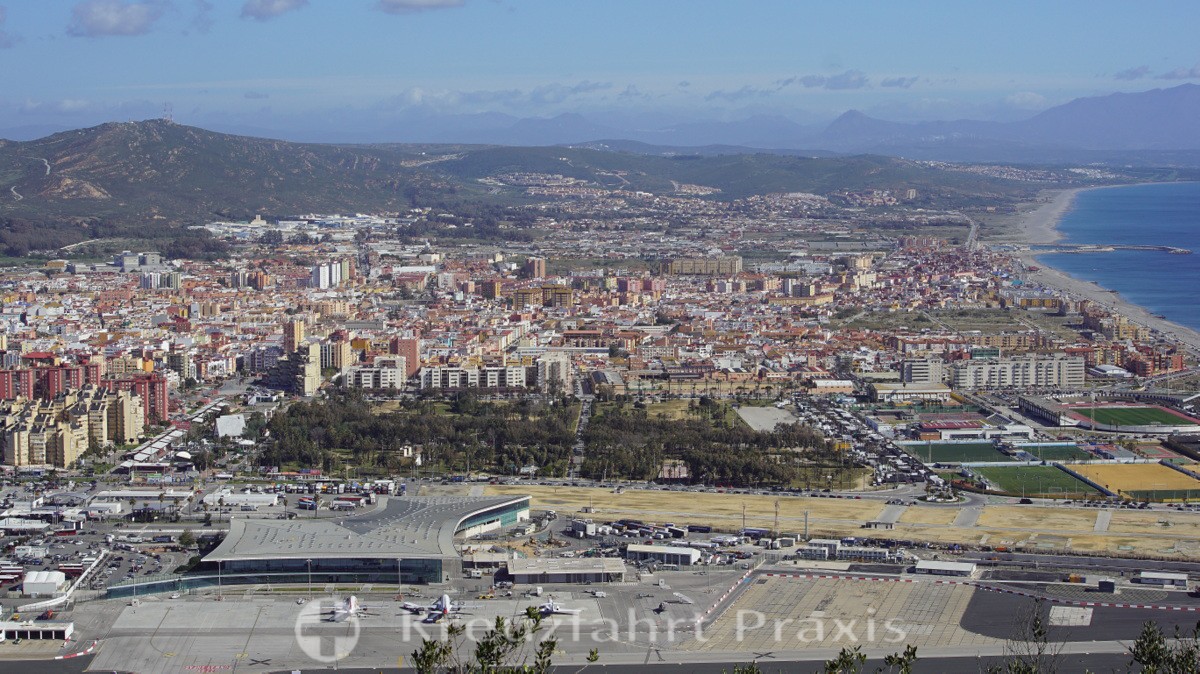 Gibraltar's airport - Spain is in the background

In 2018, 243 cruise lines visited Gibraltar. The port company counted 407.000 passengers and 169.000 crew members. Cruise ships dock at the Cruise Liner Terminal, the long pier behind North Mole Road. The cruise terminal doesn't look much. It's sober and practical. Shuttle and tour buses as well as taxis are waiting in front of the terminal.

Although Gibraltar is the only one of the fourteen British overseas territories to be a member of the European Union, Gibraltar presents itself to its visitors as "very British". The national language is English. The national currency is the Gibraltar pound (GIP) linked to the British pound. Despite its southern location, fish 'n' chips and pubs are part of the appearance of the British outpost. 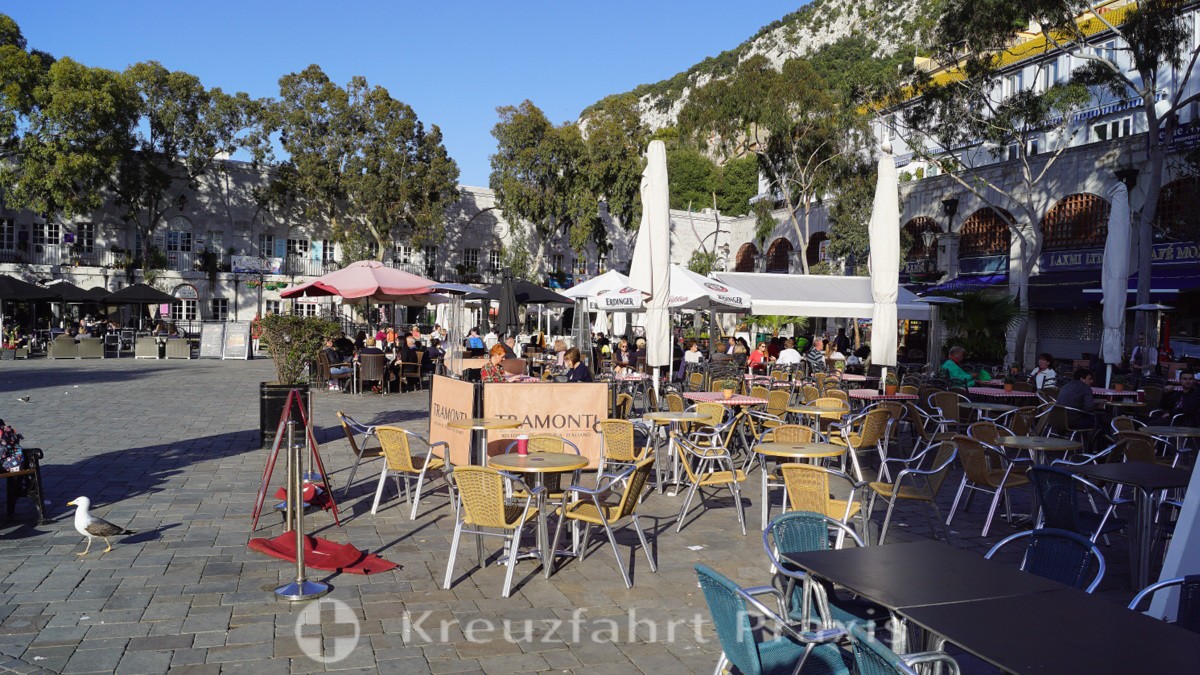 We describe what guests of cruise ships can do during their stay on the island under Gibraltar - rocks, monkeys and more.