Dangers on the cruise ship

The folk song "A seafaring that's funny ..." sings about the joys of seafaring. The dangers of seafaring are hidden from the lyrics. Are the hypermodern cruise ships unsafe? Not in and of itself!

But the more than one hundred year history of passenger shipping proves that seafarers are exposed to dangers. But if you do, there are hardly any dangerous situations with serious consequences thanks to extensive safety measures on cruise ships. Yet … 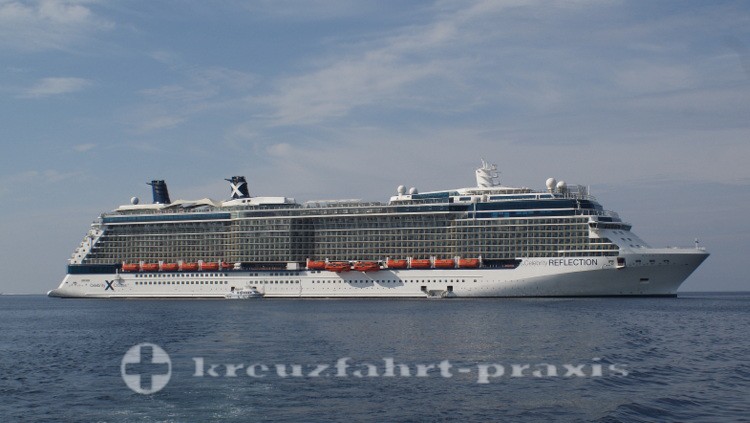 Ships are the ideal breeding ground for noroviruses

Often thousands of people gather on cruise ships. If the passengers and the crew show a lack of personal hygiene, there are good prerequisites for the spread of noroviruses or other gastrointestinal diseases. The possibility of getting infected is limited by constant hand washing, avoiding all superfluous contacts and by using the available disinfectants.

You miss the cruise ship on port days

Such situations happen regularly. Ships only wait for their passengers if one or more of the excursion groups are overdue. Individual guests have to see that they can cope with something else. Cruise lines have developed routines for dealing with such problem cases. On-board security takes personal valuables from the room safe and hands them over to the port agent. He hands them to the passengers and helps them to travel after the ship. Back on board, they could then reimburse the additional effort in the on-board casino. 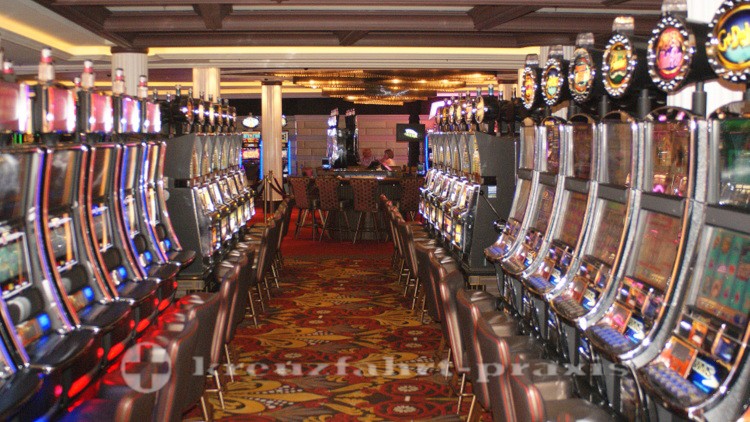 Gaming machines on board cruise ships

Seen in this way, cruise ships do not pose a serious threat to the life and limb of the passengers. There is also no danger from the casinos on board. If you are not lucky, it is possible that only your own wallet is at risk. One thing is certain: games of chance on board cruise ships are completely legal. The laws of the flag states apply.

On the cruise ships there are mostly casinos with slot machines and classic casino games such as poker, roulette and blackjack. The popular bingo games also fall into the category of games of chance.

Three spectacular accidents involving passenger ships have been reported in the past 100 years. In 1912 the RMS Titanic sank in the North Atlantic southeast of Newfoundland. 1.514 people were killed. In 1956, after a collision with the Stockholm, the Andrea Doria capsized and sank off the American east coast; 46 people lost their lives. And then there is the Costa Concordia. She sank off Giglio in 2012 due to unprecedented misconduct by the ship's command. The event cost the lives of 32 people.

The Carnival Corporation, the market leader in cruise lines, has responded to the disaster of the group subsidiary by building up a global marine service unit Costa responds. The main competitors are likely to have similar facilities. Incidents like the ones described should hardly happen anymore because of the external monitoring and control measures. In addition, there are always significantly more life-saving appliances on board than passengers and crew members.

It can burn on ships

Fire on board is the main concern of seafarers. Any carelessness can lead to fire with serious consequences. For this reason, rigorous attention is paid to compliance with safety regulations on board ships. It is forbidden to bring hair dryers, irons and electric hair curlers. There are smoke detectors everywhere, the fire-fighting troops on board are well trained, and the emergency is constantly rehearsed. 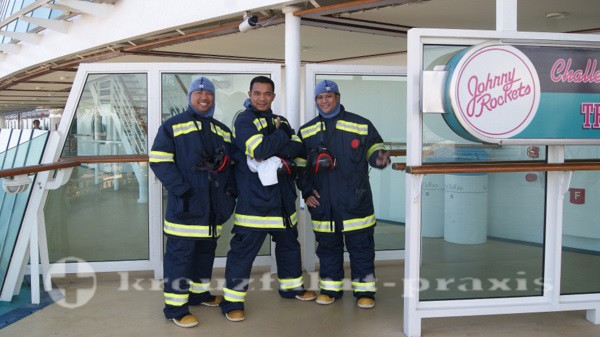 The fire brigade of Mariner of the Seas

There are no precise numbers. Almost 2000 people are said to have gone overboard on cruise ships since 300. The causes of falls from Cruise ships are suicides, drunkenness, and crime. The bartenders on the ships must keep an eye on drunk guests. In critical cases they have to refuse to operate. The security staff also pay attention to extreme situations. Additional security tools are available with on-board, ubiquitous video surveillance.

Most of these accidents on ships are fatal. For reassurance: In the same period, however, more than 100 million passengers embarked on a cruise. Seen in this way, the statistical value of the incidents tends towards zero.