Oasis of the Seas or Queen Mary 2?

The "dream ship" sends its regards: More and more holidaymakers are drawn to the water. The number of passengers is increasing from year to year. In 2017, 2,19 million Germans for a deep sea cruise on one of the more than 300 cruise ships worldwide. Compared to the previous year, this is an increase of almost 200.000 passengers.

New ships are added every year. But the larger the range of standard ships, deep-sea liners, deluxe ships and sailing cruise ships, the more difficult it is to choose.

This is especially true for luxury cruise ships. In the following we present two ships that couldn't be more different. The "Oasis" was put into service at the end of 2009. "Queen Mary 2“Her maiden voyage. Both ships stand for comfort and luxury for passengers, around the clock. But while the "Queen of the Seas" embodies the style of the "Old World", the "Oasis of the Seas" is more active, more exciting, sportier and significantly larger. She is a ship that fits well into the "New World". 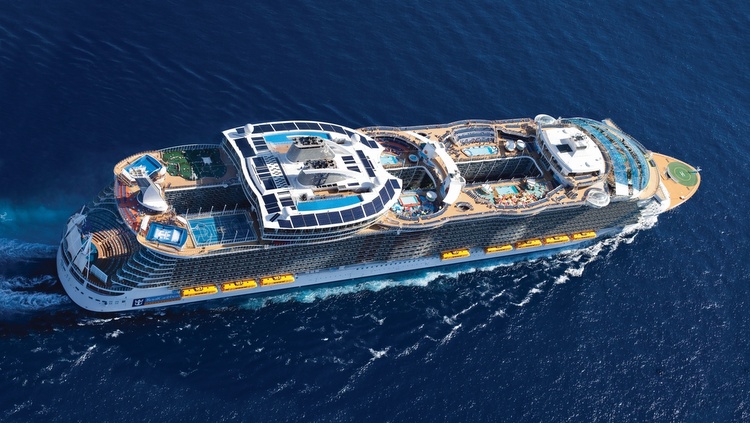 More than 5.400 passengers can be accommodated on board the “Oasis of the Seas” with double occupancy. She is currently the third largest passenger ship in the world. Around 2.100 crew members ensure that the upcoming Caribbean or Mediterranean cruises (the latter from May 2019) become a dream vacation for the guests on board. The 360 ​​meter long ship has 16 decks, which are divided into seven different lifestyle areas. It's sporty in the FlowRider Surf Park, on the climbing wall, on the figure skating rink and on the basketball court. Mini golf and four differently designed pools invite you to leisurely exercise. 17 restaurants offer all kinds of culinary delights.

The British "Queen Mary 2" is of a completely different caliber. The conservative, Southampton-based ship is limited to eleven restaurants. At 2.620, the number of passengers is not even half that of the American ship. At 345 meters in length, it is almost almost as long as that Oasis of the Seas. The British way of life is celebrated on 13 passenger decks. Almost 1.300 crew members take care of the well-being of the passengers on the Ocean Liner. 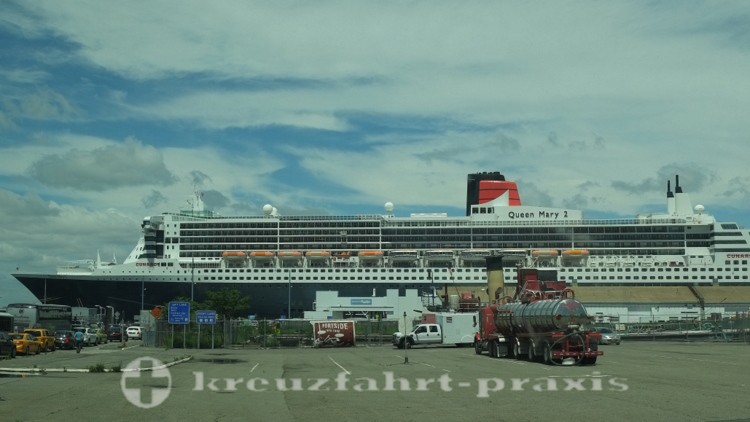 The leisure program on the "Queen Mary 2" is varied and stylish. Golf simulator, wine tasting, dance events in the “Queens Room” and drawing lessons promise well-kept company. Sauna, yoga and Pilates keep you physically fit in a gentle way.

The highlights of the daily on-board entertainment are the events in the well-equipped “Royal Court Theater”. Another venue is "Illuminations". It is both a planetarium and an auditorium. In the only planetarium on the high seas, viewers lean back in their armchairs and experience the world of the stars or the development of the Milky Way on a screen mounted above their heads. There is also a library with more than 8.000 volumes on board.

As casual as it is during the day; in the evenings, attention is paid to style. The dress code for the evening dinner has become a little looser over time, but a tuxedo and evening dress are not out of place. Jeans, however, are frowned upon on the “Queen Mary 2”.

Various routes are available. The route becomes regular Hamburg - Southampton - New York drive on. In addition, Cunard's flagship also travels several weeks to Asia or the Caribbean. The passengers in the cabins, suites and penthouses of the "Queen Mary 2" can enjoy themselves. Pets are also transported in the liner service across the Atlantic. A Kennel Master takes care of the welfare of the animals.

As stylish and reserved as “Queen Mary 2” is otherwise: it ends in the engine room. “Queen Mary 2” reaches a top speed of 30 knots. That is eight knots more than the "Oasis of the Sea" can do. But who is in a hurry with so much fun?