From Barcelona to the Philippine dream island of Boaracy to the city-state of Singapore: the future cruise ship MS EUROPA 2 from Hapag-Lloyd Kreuzfahrten offers its guests a unique variety of routes with stops in metropolises and secluded bays. In the first season between May 2013 and April 2014, the new ship for casual, individual luxury will head for a total of 26 ports in four regions of the world on 123 routes. The duration of the trip is between seven and 20 days. The 14-day maiden voyage is planned for May 2013 and leads from Hamburg to Lisbon. 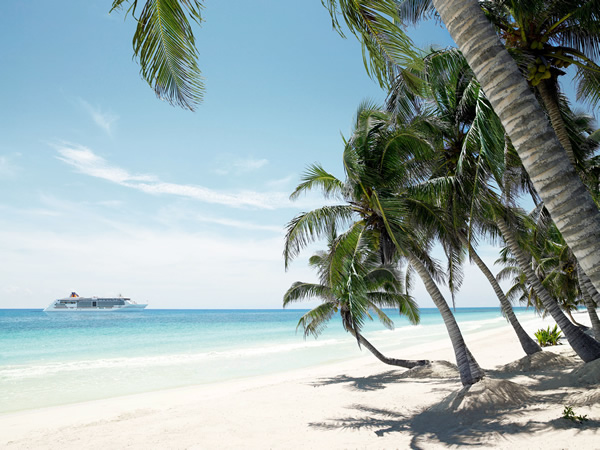 The program includes many seven-day trips that can be combined for up to 21 days without calling at two ports. “The EUROPA 2 relies on a completely new route concept and thus fulfills a central wish of our guests: They value shorter, but combinable trips,” explains Sebastian Ahrens, spokesman for the management of Hapag-Lloyd Kreuzfahrten. “The flexibility and length of the EUROPA 2 routes make them ideal for working people and families. Another advantage: With our comparatively small ship size, we can head for ports that are otherwise inaccessible for cruise ships. "

The innovative route concept for the four destination regions, the western and eastern Mediterranean, the Arabian Peninsula and Asia, enables numerous possible combinations in all seasons. In addition, routes in different regions can be combined with one another. Important for holidaymakers: you can benefit from an attractive combination bonus on just two trips. The different routes are usually offered on different dates so that guests can plan their vacation more flexibly.

Four target regions with a diverse tradition, culture and exoticism
In the western and eastern Mediterranean (May to November 2013), for example, Monte Carlo, Menorca, Venice and Piraeus serve as gateways to Athens. Smaller ports that larger ships cannot reach include Portofino in Italy, Bonifacio in Corsica and Kotor in Montenegro.

On the Arabian Peninsula (November 2013 and April 2014) metropolises such as Abu Dhabi and Dubai - with the Burj Khalifa currently the tallest building in the world - are on the timetable. The Jordanian rock city of Petra (via Akaba) and the Omani frankincense stronghold Salalah also head for the EUROPA 2. From Port Said on the Suez Canal, which is passed on the journey from Limassol (Cyprus) to Dubai, guests can explore the treasures in Luxor or Cairo.

The Asian routes (December 2013 to April 2014) combine tradition, modernity and nature: a 16-day trip connects the world metropolises Singapore and Hong Kong. The EUROPA 2 passes world cultural sites in Vietnam and paradisiacal islands in Thailand. Other trips allow a visit to India's capital Delhi with a detour to the Taj Mahal (multi-day shore excursion) or trips to Phnom Penh, the capital of Cambodia.

With Zodiacs to lonely lagoons and beaches
The EUROPA 2 has twelve of its own Zodiacs with which guests can take guests to small, selected landing stages that are otherwise not accessible by cruise ships. These include the snow-white beaches on Atuwayan Beach on Coron (Philippines) or the Phi Phi Islands (Thailand), where crystal clear water invites you to swim.

Excursions to orangutans and pyramids
Guests can also expect a great variety in the land programs. The spectrum ranges from active and adventure tours by boat or helicopter to special tours for late risers to classic excursions. They lead, for example, to the Uffizi Gallery in the Renaissance metropolis of Florence, to the famous rock city of Petra in Jordan, to the orangutans in Borneo or to the pyramids of Giza. Further highlights are a bike tour through Vietnam's capital Ho Chi Minh City, a stroll over the Ramblas in Barcelona or a discovery tour through India's mega-city Mumbai. Accompanying experts offer thematically appropriate lectures on the travel route and also accompany selected shore excursions.

The variety of routes at a glance: