August 13, 2021 - Today it became known that the new flagship of the Norwegian Cruise Line, the Norwegian Prima, in one Fincantieri shipyard has floated. The external work on the 18th ship in the NCL fleet has been completed. From now on, the interior fittings of the cruise ship will be pushed ahead with high pressure. In the summer of 2022, the Norwegian Prima will be handed over to NCL and start operating.

The Norwegian Prima will be the first of six Prima class ships to be built. The new ship class presents itself with the following key data:

The shipping company evaluates the Norwegian Prima - apart from the usual phrases associated with new introductions (groundbreaking, extraordinary ...) - as the most spacious new cruise ship in the premium cruise category. It offers plenty of space on the outside deck as well as spacious cabins.

NCL promises its guests "numerous firsts in the history of the shipping company". This means the Ocean Boulevard leading around the ship on the eighth deck. The area corresponds to 4.000 square meters and offers space for restaurants as well as areas for activities.

The Infinity Beach with two pools, one on each side of the ship, and the two Oceanwalk glass bridges, as known from Princess Cruises ships, are new.

The Indulge Food Hall is also new. It is the brand's first upscale open-air food hall. In eleven different establishments on Ocean Boulevard, guests are offered a variety of menus of different culinary styles as well as a selection of indoor and outdoor seating. There are three more restaurants on the boulevard: Onda By Scarpetta, Los Lobos and The Local Bar & Grill. 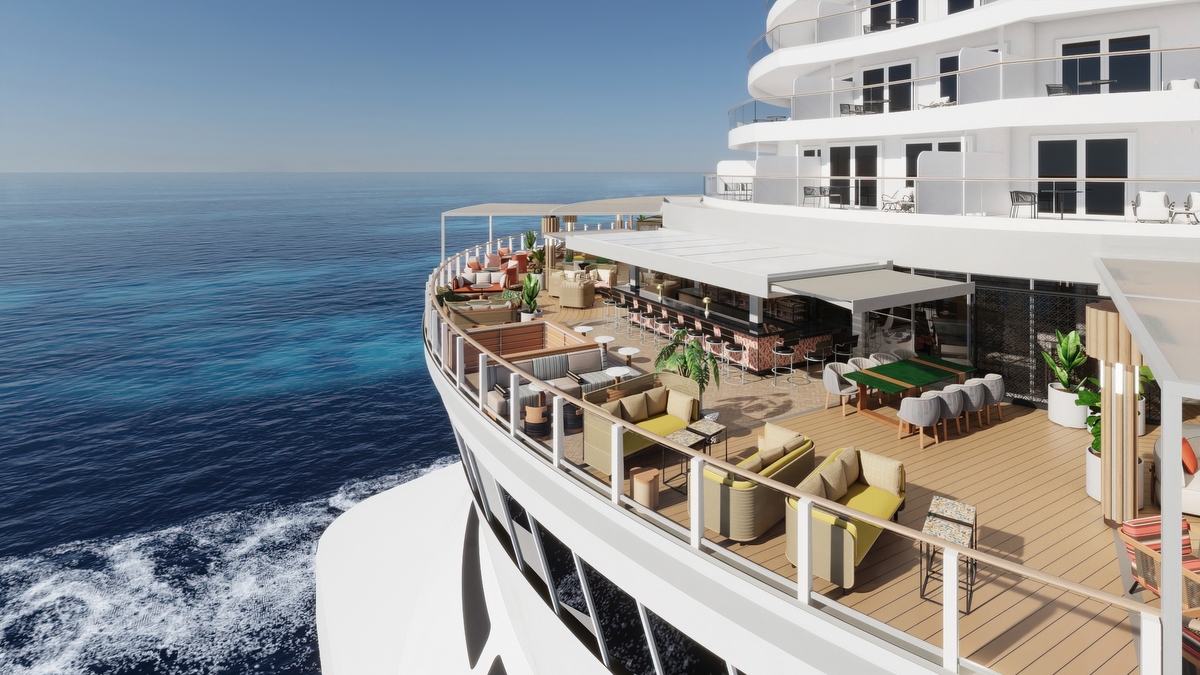 Also worth mentioning is the “Haven by Norwegian” complex on eight decks. The 107 suites were placed in the stern area of ​​the ship. Their guests use the communal areas reserved for them and separate elevators. The “Haven” undoubtedly includes a spacious sundeck, a new infinity pool and a newly designed outdoor spa area.

Norwegian Prima makes several eight-day trips between August 17 and September 13, 2022 from Amsterdam and Copenhagen. Destinations are Northern Europe, the Norwegian Fjords and the Baltic Sea region. In the following autumn and winter, the ship tours to Bermuda and the Caribbean. One can only hope that SARS-Cov-19 will not throw a spanner in the works of the shipping company.

to the overview of the Norwegian Prima offers