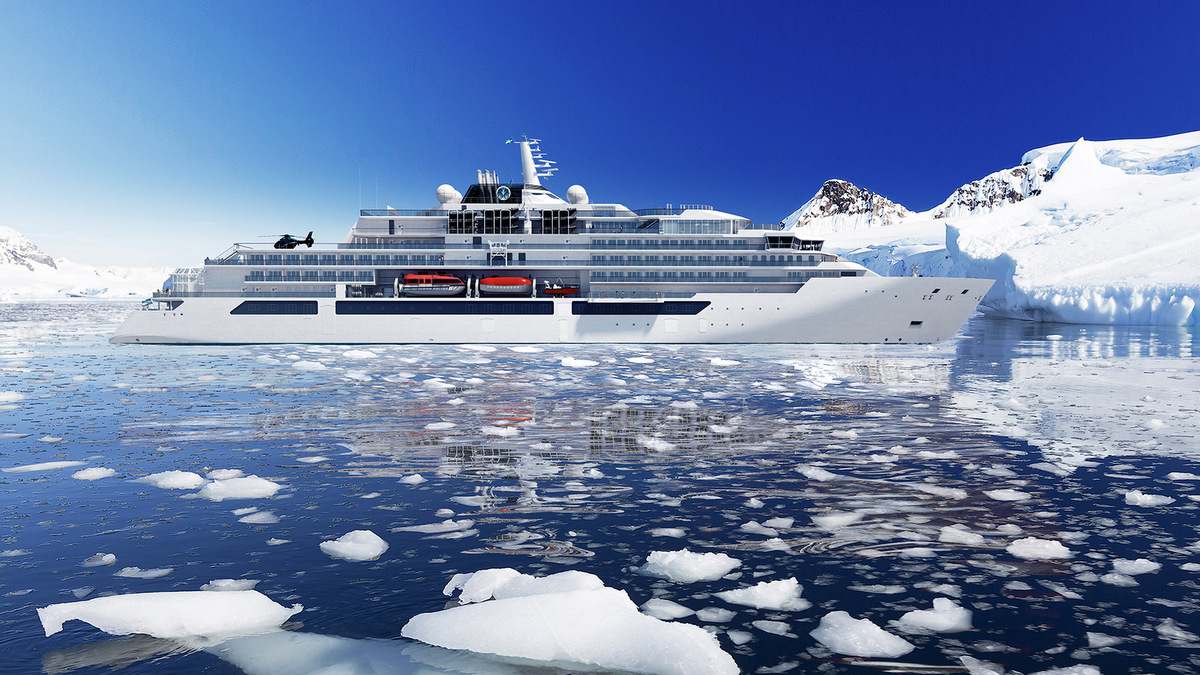 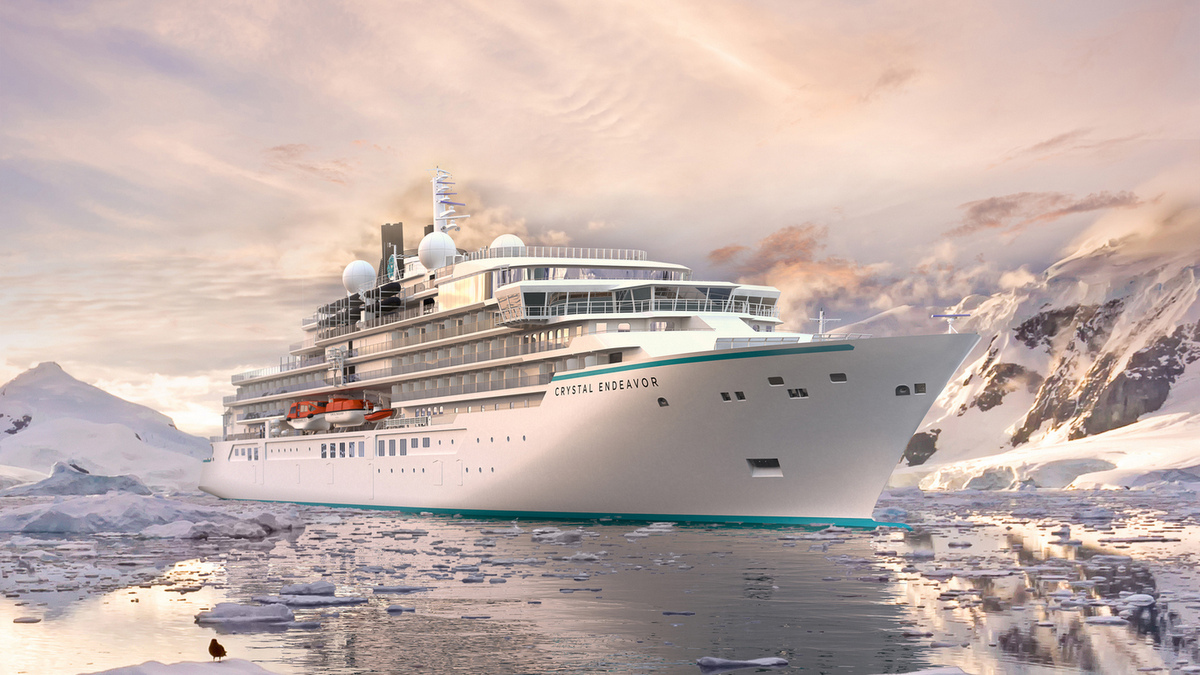 The Crystal Endeavor is Crystal Cruises' ninth ocean-going ship. The Los Angeles-based company has been part of the Genting Hong Kong gaming group since 2015. The construction contract was originally given to the Lloyd shipyard in Bremerhaven. Delivery was scheduled for August 2018. MV WERFTEN later got involved in the delayed construction project. Numerous dignitaries attended the baptism. Federal Minister of Economics Peter Altmaier stated: “Today is a special moment of joy for everyone who has worked with great commitment in the realization of the Crystal Endeavor ... At the beginning of June, the federal government decided in agreement with the state of Mecklenburg-Western Pomerania to include the shipyard To continue to support funds from the Economic Stabilization Fund ”. 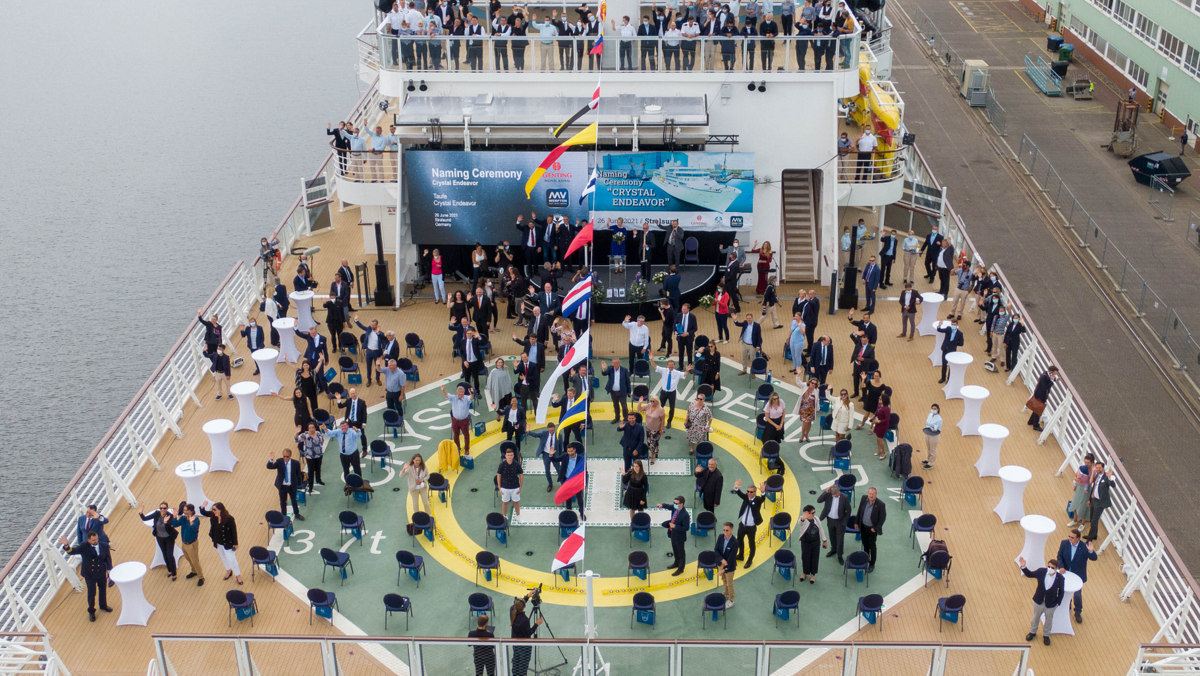 Mecklenburg-Western Pomerania's Minister for Economic Affairs, Labor and Health, Harry Glawe, explained: “The shipyard group has mastered the challenges with the construction of a new expedition yacht. The result is a piece of jewelery that expands the MV WERFTEN portfolio in a special way ".

The “gem” accommodates a maximum of 200 passengers. The total of 100 suites are between 28 and 105 square meters in size. Guests receive a 24-hour butler service. The Crystal Endeavor has six gourmet restaurants, a casino, a glass-roofed, two-story solarium, a spa and a fitness center. Lounges and shopping opportunities are also part of the equipment. The expedition ship is equipped with two helicopters, 18 zodiacs, 14 kayaks and a mini submarine for six guests. The propulsion system includes two Azipod-D units and diesel-electric propulsion. The ship is said to have an above-average noise level and 80 percent fewer vibrations than the industry standard. It has a dynamic positioning function and it can be connected to shore power in harbors. The exhaust gases are cleaned by a catalytic converter system. The Crystal Endeavor also has several water treatment systems.

The maiden voyage will start on July 17, 2021 in Reykjavík, the home port of the expedition yacht.