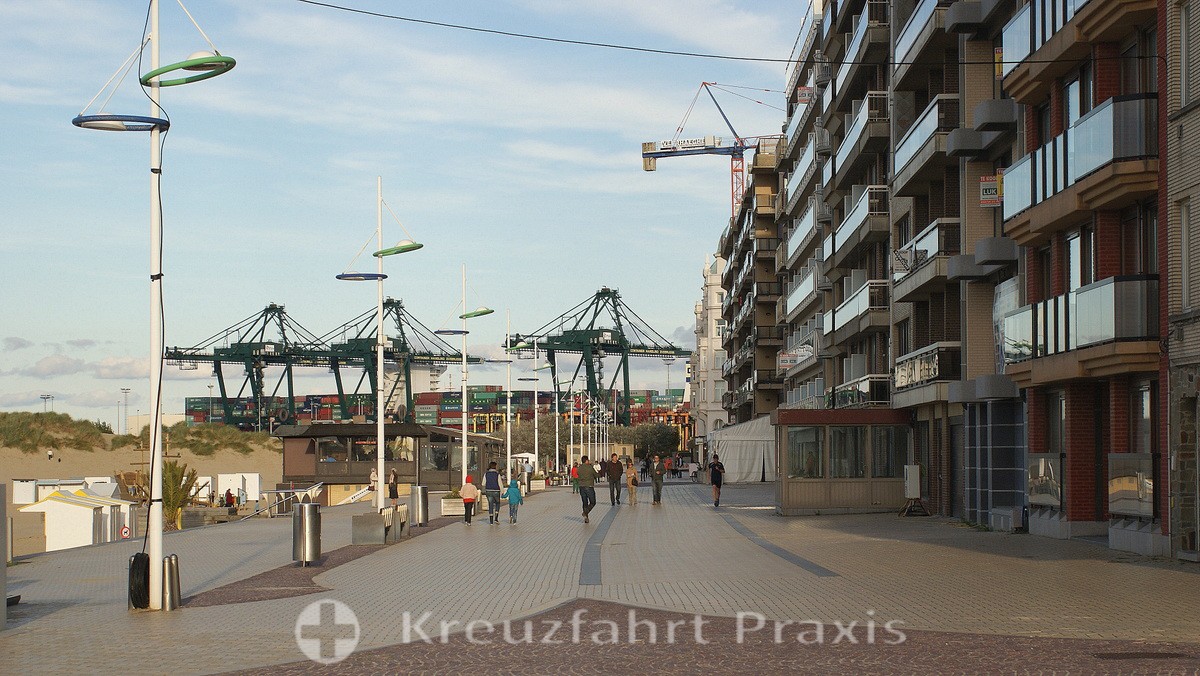 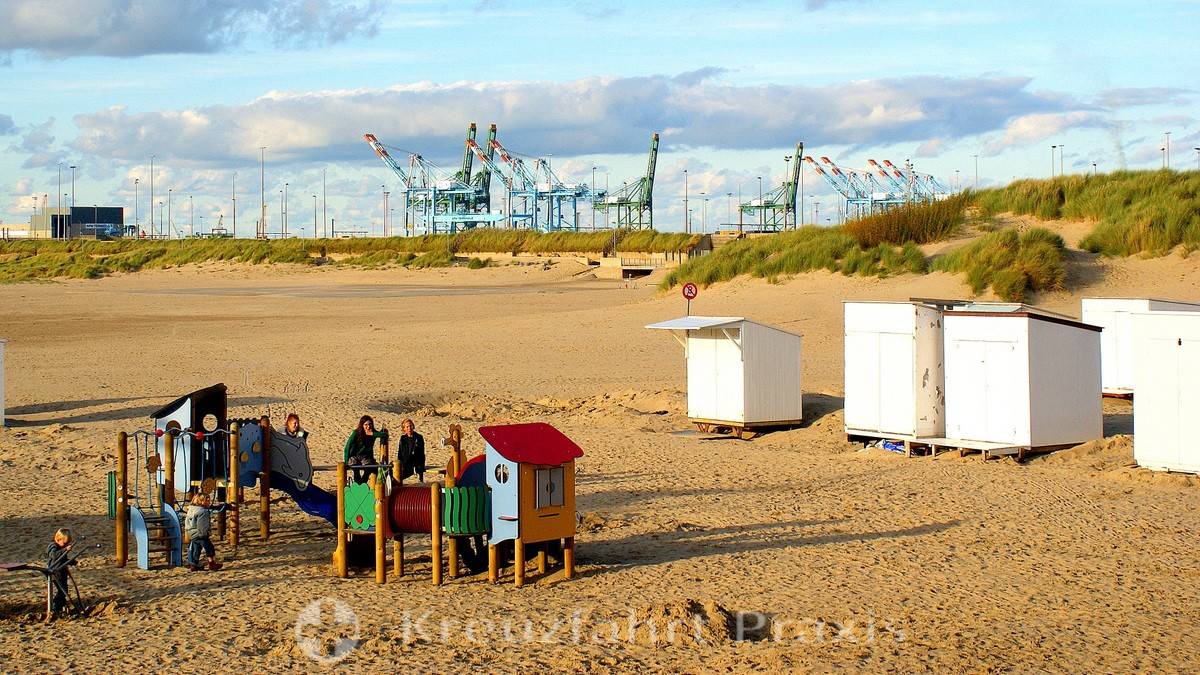 The deep-water port of Zeebrugge is primarily set up to handle containers, bulk goods, new vehicles and ferry traffic with England and Northern Europe. The year 2019 in figures: a total of more than 45 million tons of goods and more than 1,7 million containers were handled. Over 2,9 million new vehicles passed through Zeebrugge's port. More than 10.000 people find employment in the port and its surroundings.

As already mentioned, Zeebrugge is located in the historic Hanseatic city of Bruges, 20 kilometers away. There many magnificent, medieval buildings testify to the immense wealth of the former trading metropolis of Flanders. The rise of Bruges into the international league of Hanseatic cities began in the 12th century after a storm surge exposed a fairway from the English Channel to the city. Bruges citizens achieved respect and prosperity through the trade in cloth goods. The city's website reports that around 1350 there were 40.000 to 45.000 people living in Bruges. 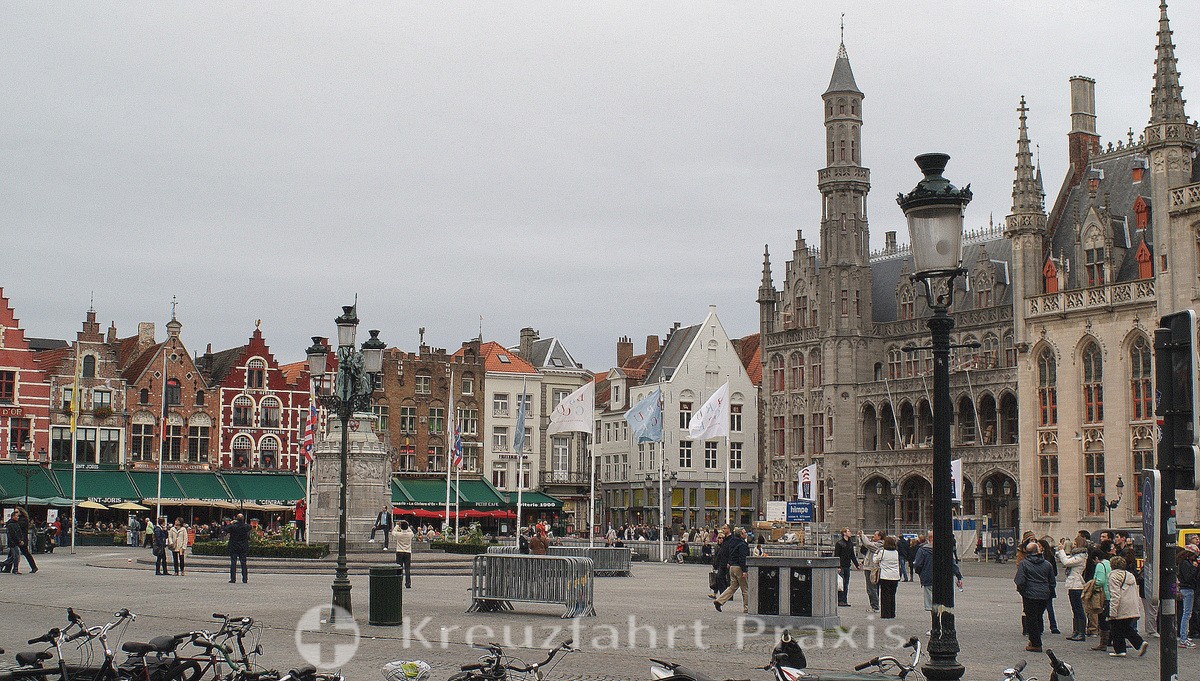 The situation changed in the 15th century after natural access to the sea silted up. At that time, Bruges lost its supremacy to Antwerp. Development stagnated and many residents became impoverished and left the city. The houses fell into disrepair and Bruges fell into a kind of twilight sleep. It wasn't until the 19th century that educational travelers rediscovered the city. In the 19th and early 20th centuries, the reconstruction of the historical building fabric in the traditional style began. Since then the population has increased. As a result of incorporation, almost 120.000 people live in the region. Almost 25.000 people live in the center of Bruges. 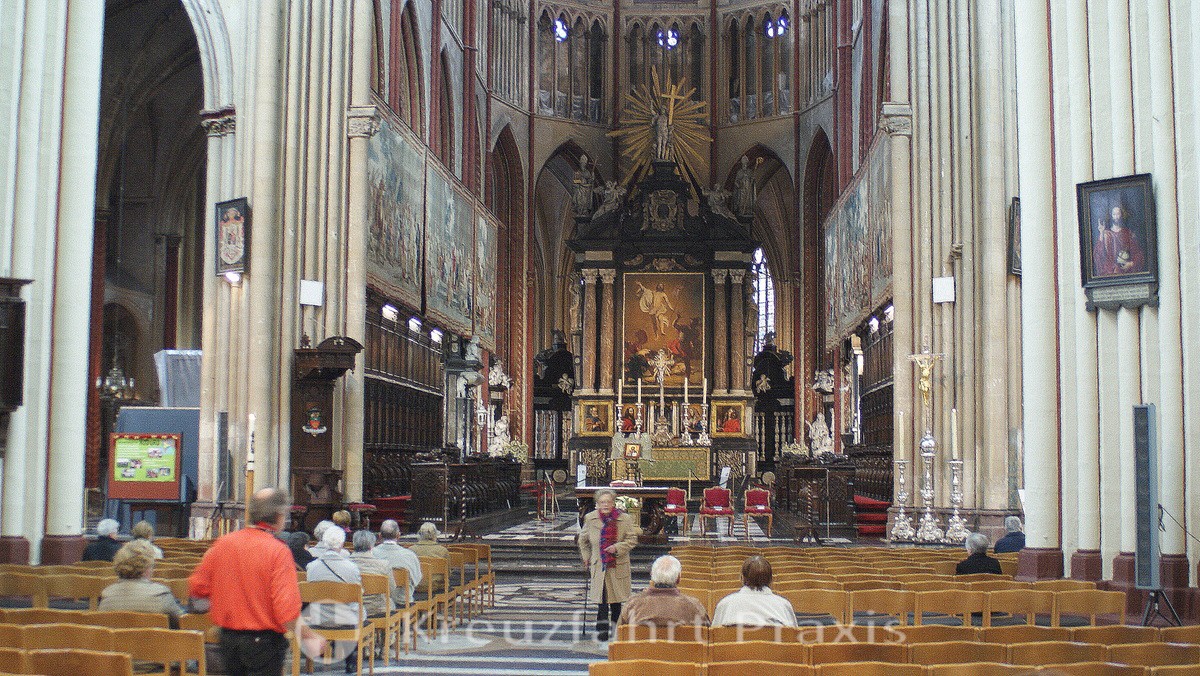 Many canals called "Reien" run through the city. They served as transport routes in the Hanseatic League. It is no coincidence that popular travel guides report on the “Venice of the North”. Bruges was recognized as a UNESCO World Heritage Site in 2000. 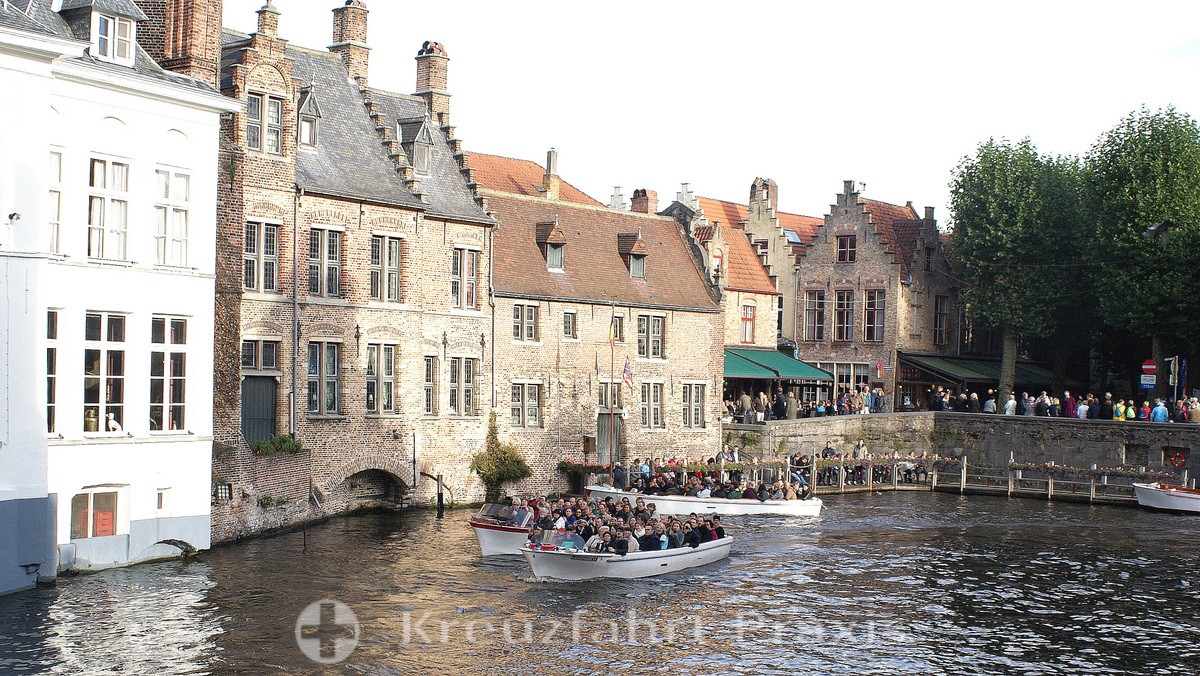 Bruges - excursion boats on the Dijvergracht

More than 715.000 cruise and 306.000 ferry passengers were counted in the port of Zeebrugge in 2019. Why did 149 cruise ships call at the unattractive port last year? The reason is the proximity to the cities of Bruges, Ghent and Brussels. Under Zeebrugge / Bruges sights and A day in Ghent we report on the “highlights” of both cities.