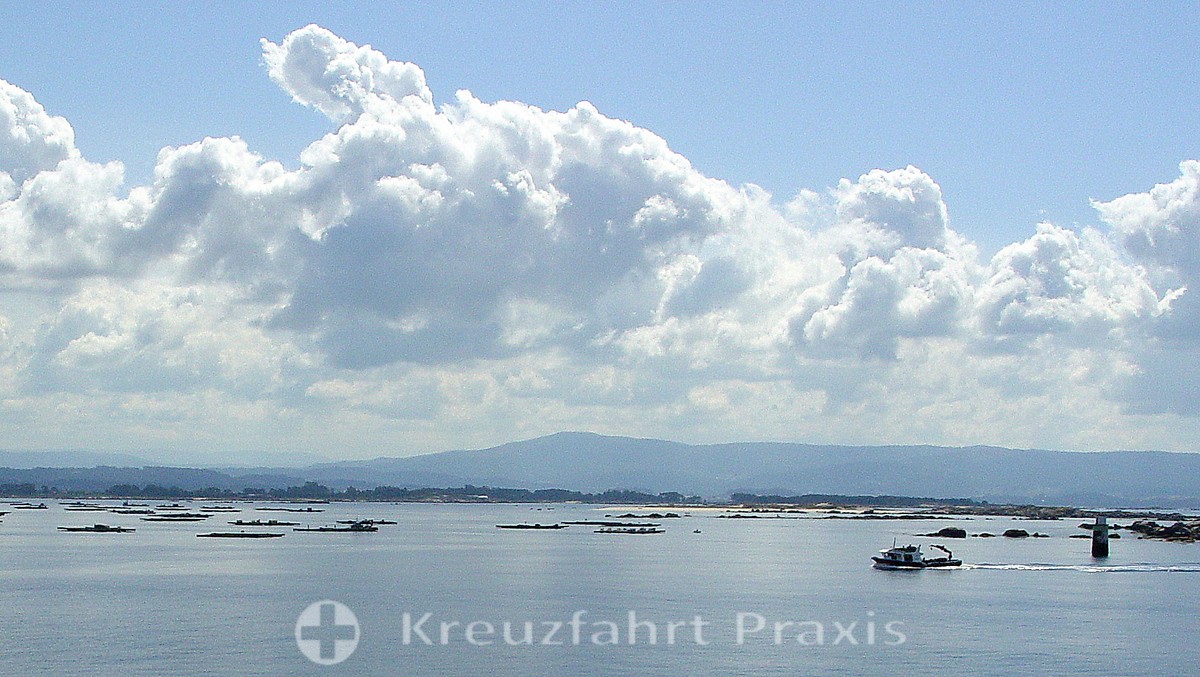 Villagarcía is a port city located 120 kilometers southwest of the regional metropolis of La Coruña. With more than 37.000 inhabitants, Villagarcía in the rural region is already one of the larger cities of Galicia. The funnel-shaped and fjord-like estuaries known as Rías are typical of the landscape.

The Ría de Arousa flows into Villagarcía. The city is considered an attractive holiday destination for nature lovers. It has all the advantages that appeal to tourists: rocky and rugged coastal landscape, islands, sandbars off the coast, extensive beaches and a picturesque hinterland. Another great advantage is the Atlantic sea climate.

Carved rock carvings prove that the area around Villagarcía was already inhabited in the second millennium BC. The town's origins go back to the 15th century when the first houses were built in the area. Since then, the inhabitants have been engaged in fishing and mussel farming. Port industry, aquaculture and tourism are further economic pillars.

Different from in La Coruna only a few cruise ships dock in Villagarcía. The city is a suitable starting point to discover the sights of the area. The city is also the closest port to the world-famous pilgrimage site of Santiago de Compostela. For ship arrivals, the city tourist information maintains a location in the port area. Shuttle buses transport passengers free of charge to the city center, where they will find representative buildings, smaller parks and a two-kilometer long harbor promenade with bars and restaurants.

Destinations in the area are wine cellars, golf courses and diving centers, or restaurants called "pazos", which are committed to Galician cuisine. Excursions are also organized to Cortegada, an island belonging to the National Park of the Atlantic Islands of Galicia.

The top destination is Galicia's capital, Santiago de Compostela. The place of pilgrimage, located 260 meters above sea level, is part of the UNESCO World Heritage Site. Tourist highlights include a visit to the old town and the cathedral with the tomb of the Apostle Jacob. For more information on the city at the end of the Camino, see Villagarcía tourist attractions.