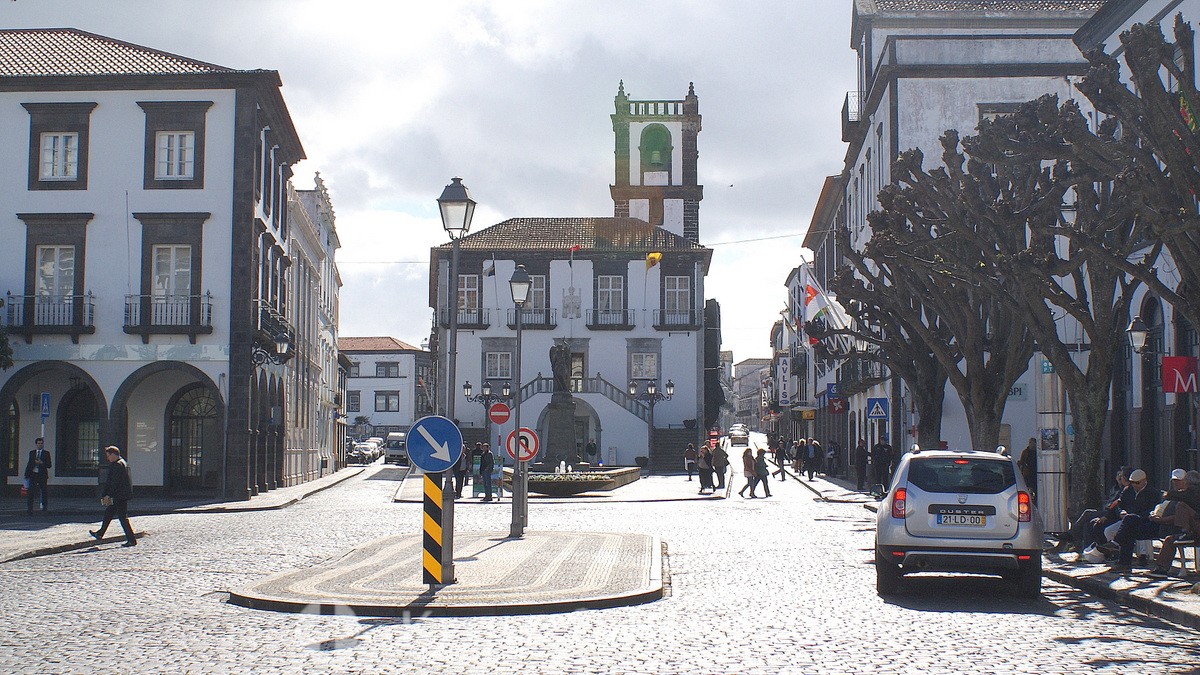 With an area of ​​747 square kilometers, São Miguel is the largest of the nine inhabited Azores islands and the best developed for tourism. Along with Santa Maria, it belongs to the group of the eastern Azores. The island has mountain ranges, calderas with crater lakes, bizarre coastlines, hot springs and laurel forests. Countless cattle graze in a species-appropriate manner on green pastures. 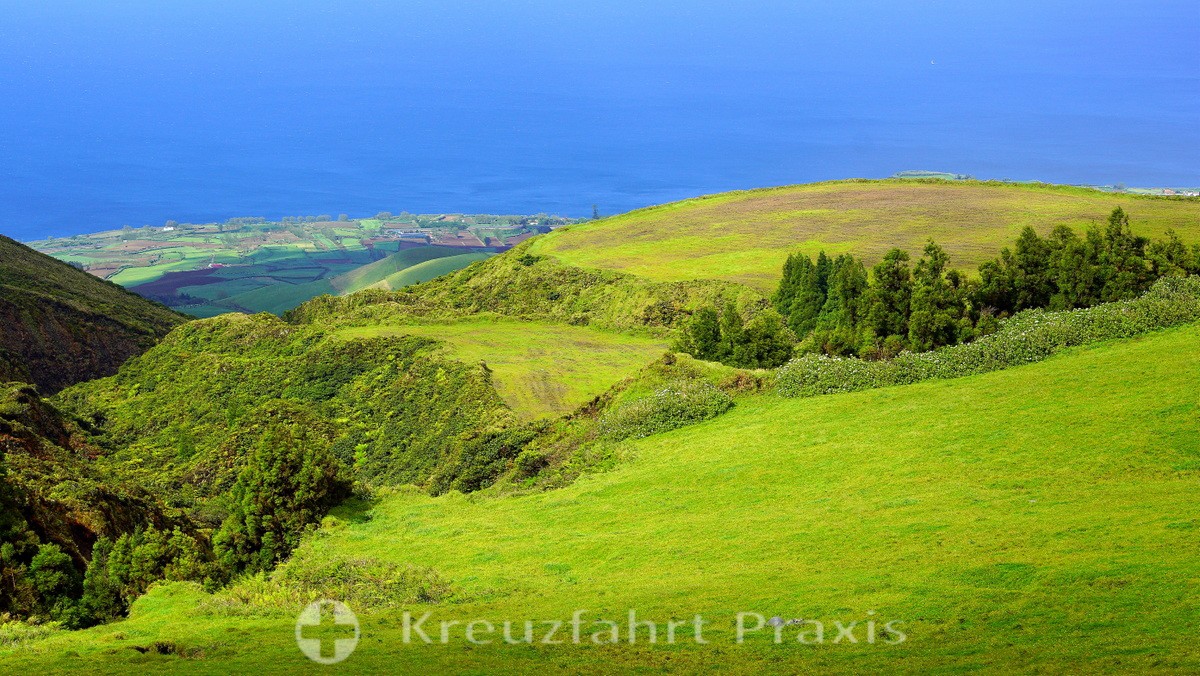 All of the Azores islands are of volcanic origin. The geological ages of the islands vary. São Miguel is estimated to be four to five million years old. Geographers have shown that São Miguel originally consisted of two islands. Around 10.000 years ago, volcanism led to the connection between the two parts. The highest mountain in São Miguel is Pico da Vara with a height of 1.103 meters. It is in the east of the island. 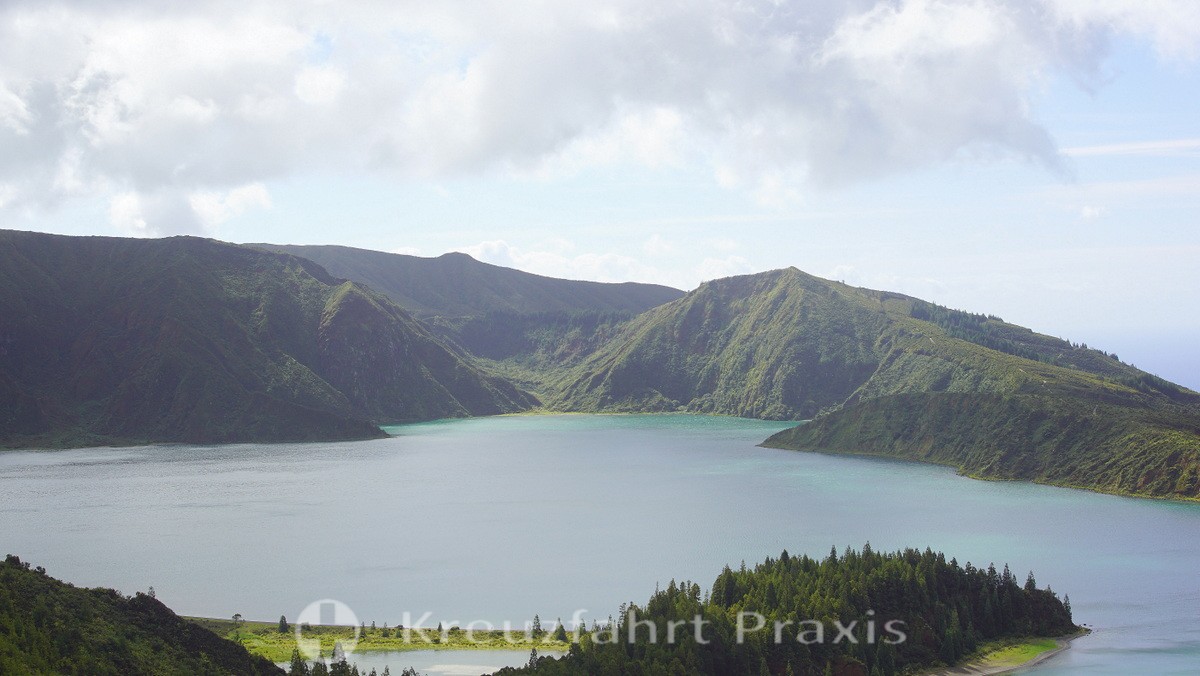 It is unclear when seafarers came across São Miguel on their travels. Experts place the discovery in the first half of the 15th century. The initiative to colonize the Azores Islands came from the Portuguese Prince Henry the Navigator. In recognition of his achievements, he and his followers in Lisbon dedicated to the “Monument to the Discoveries” on the Tagus River. The fact is that the city of Ponta Delgada was built from 1499 onwards. The city charter following the establishment of the town dates back to 1546. In the 19th century, the export of oranges caused the town and the entire island to flourish. European merchants settled in Ponta Delgada; handsome mansions and parks were built. 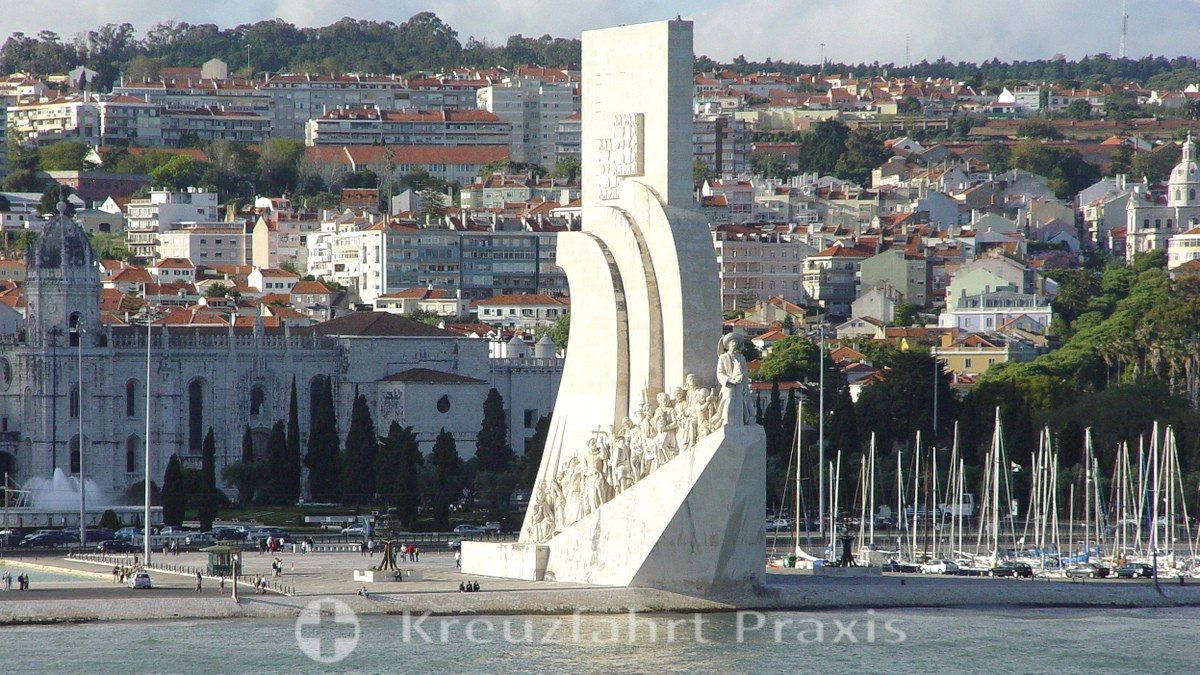 Lisbon - Monument to the Discoveries 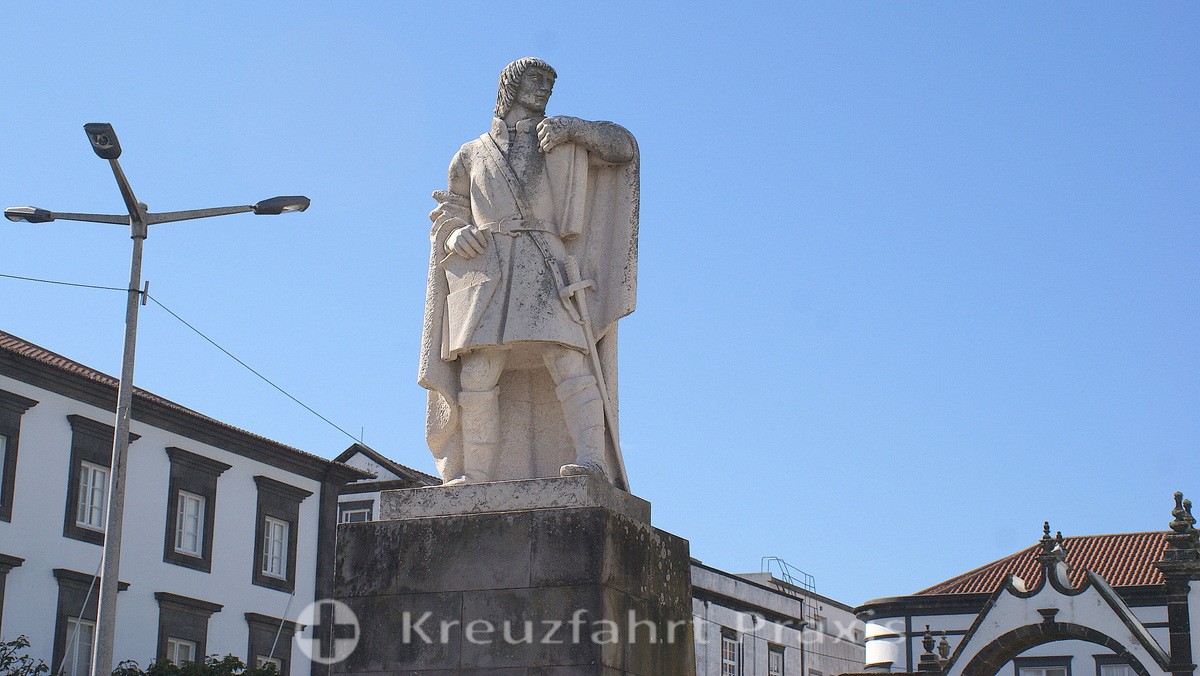 Ponta Delgada - statue of the first commandant of the Azores

The largest city in São Miguel is Ponta Delgada. The city is located in the southwest of the island and has around 68.000 inhabitants including the incorporations (as of December 2019). Ribeira Grande, the second largest city with 32.800 inhabitants, is located on the north coast. In addition, a number of smaller places are spread across the island. Their centers are often the white plastered churches. Dark lava stones mark their corners and the entrance areas. 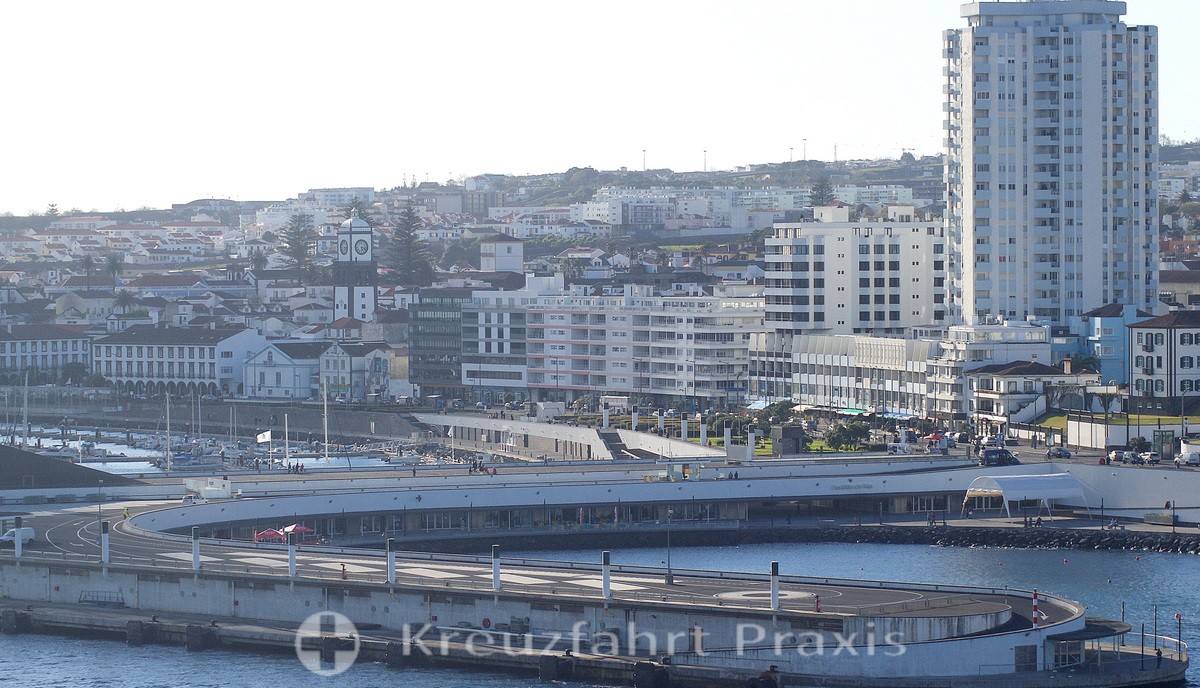 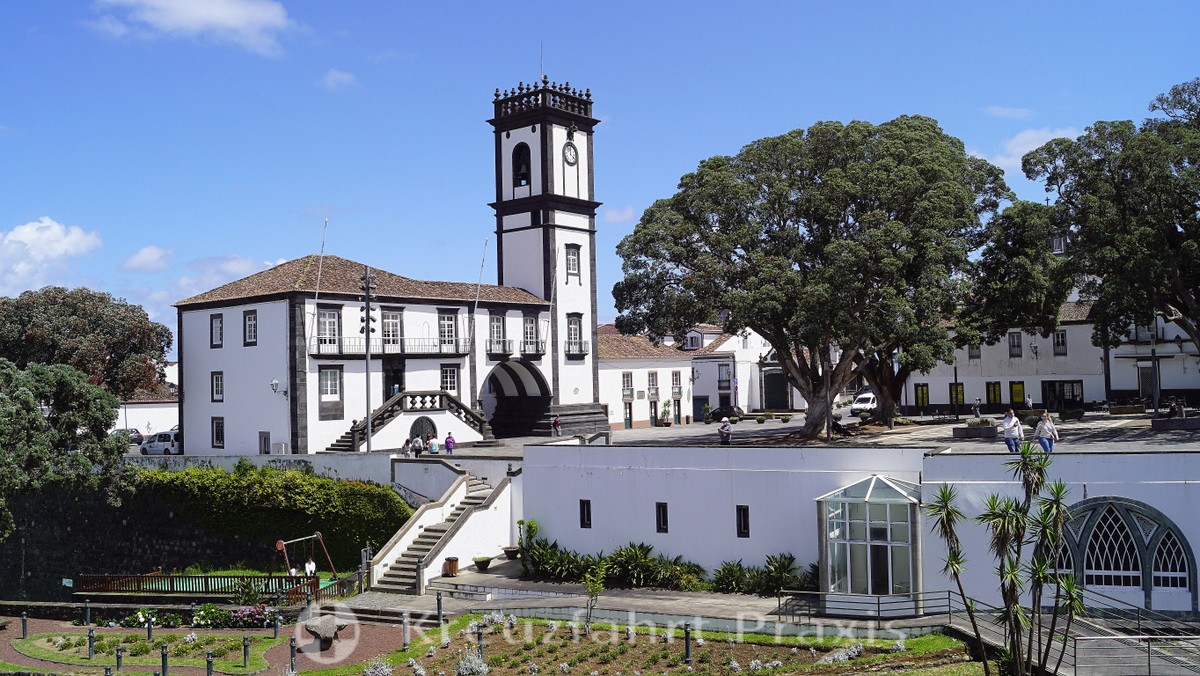 Politically speaking, the Azores are like Madeira Island an autonomous region of Portugal. The President and Parliament of the Região Autónoma reside in Ponta Delgada. The Azores University, founded in 1976 in Ponta Delgada, has branches in Horta on Faial and in Angra do Heroísmo on Terceira. 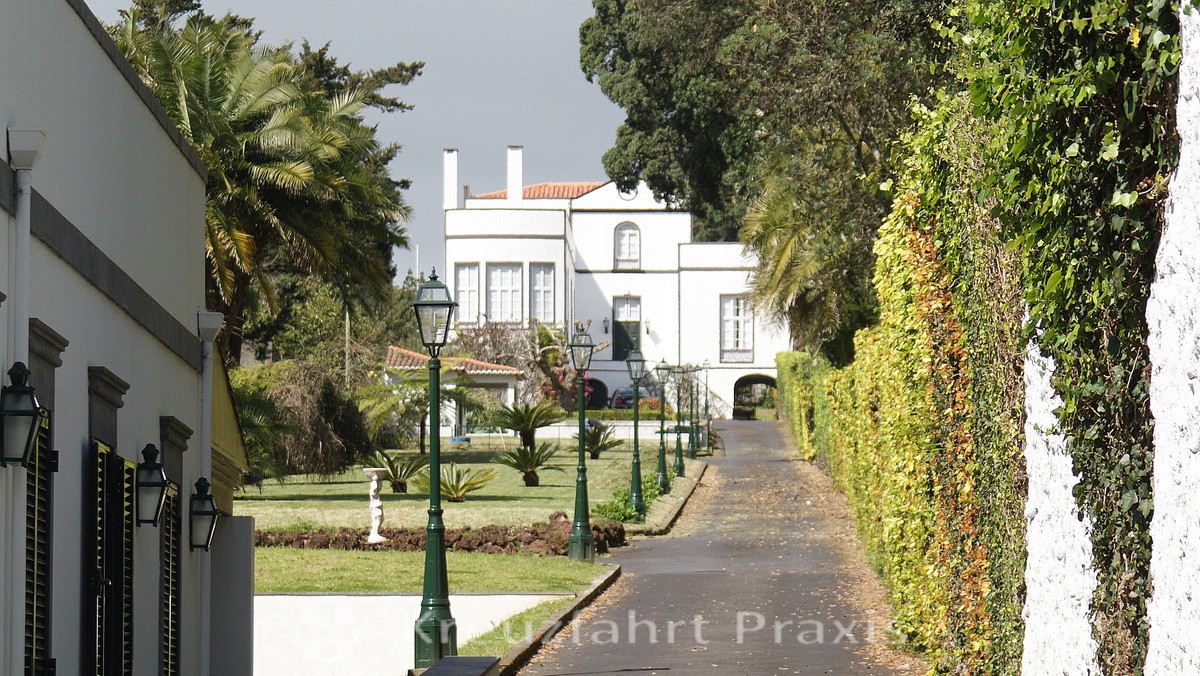 The 140.000 inhabitants of São Miguel currently live primarily from agriculture, fishing, tourism and public services. Agriculture has a ten percent share in the value added. The main agricultural products are beef and milk. There is also the traditional cultivation of pineapples and other types of fruit. The cultivation of tea has a unique selling point. Two plantations, the only ones in the vicinity of the European Union, produce tea.

Like the rest of the Azores Islands, São Miguel is a major tourist destination. Entrepreneurial services and tourism account for a quarter of gross value added. Public institutions generate a third of the added value.

Everywhere on the island we can find interesting excursion destinations. It takes an estimated several weeks to get to know them all. The attractions listed below are at the top of our agenda.

Cruise ships destined for São Miguel call at Ponta Delgada. Passengers walk a few hundred steps from the jetty to the historic center of the city.

Under São Miguel Custom Tours we describe two tours that have been tried and tested in practice to the main attractions of the western and eastern halves of the island. We will also report on our experiences during a city tour through the island's capital, Ponta Delgada.