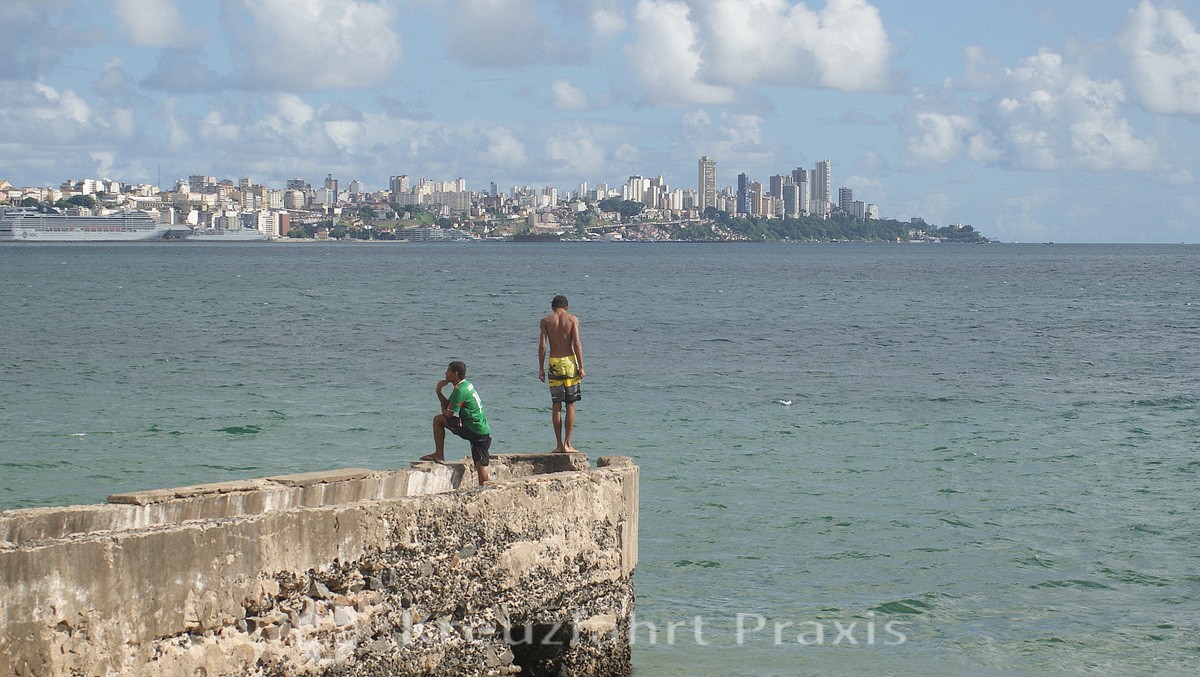 On November 1, 1501, the men around Amerigo Vespucci reached the bay on which the city of Salvador da Bahia, which today has a population of almost three million (2020), is located. The explorers named the place after the day of arrival, it was All Saints Day, with São Salvador da Bahiade Tondos Os Santos. That means something like "Holy Redeemer of the Bay of All Saints". It is still considered to be one of the most beautiful bays on the Brazilian Atlantic coast.

The city was founded in March 1549 when a certain Tomé de Sousa had to build the São Salvador fortress on behalf of the Portuguese king. In order for the settlement to be successful, more than a thousand Portuguese accompanied him, including adventurers, clergy, settlers and soldiers.

First seat of government in Brazil

Between 1549 and 1763, Salvador da Bahia was the first seat of government in Brazil. The city was built at different heights. The lower town (Cidade Baixa) is at sea level. A ridge runs parallel to the ocean at a height of 70 to 80 meters. 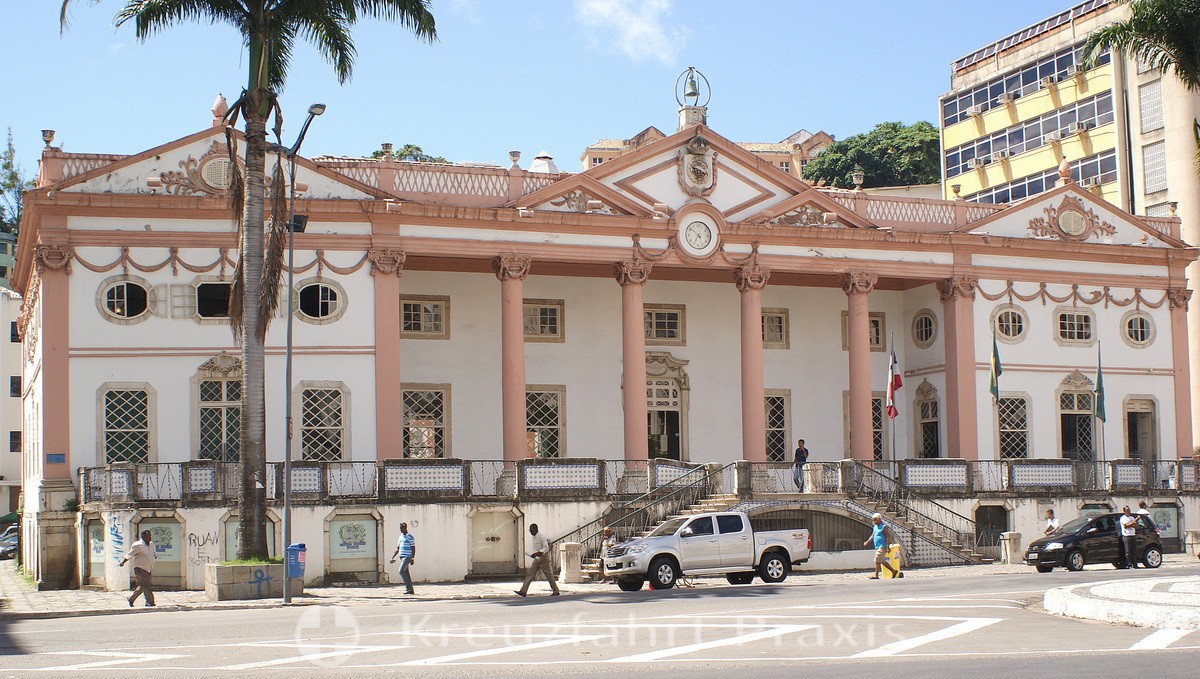 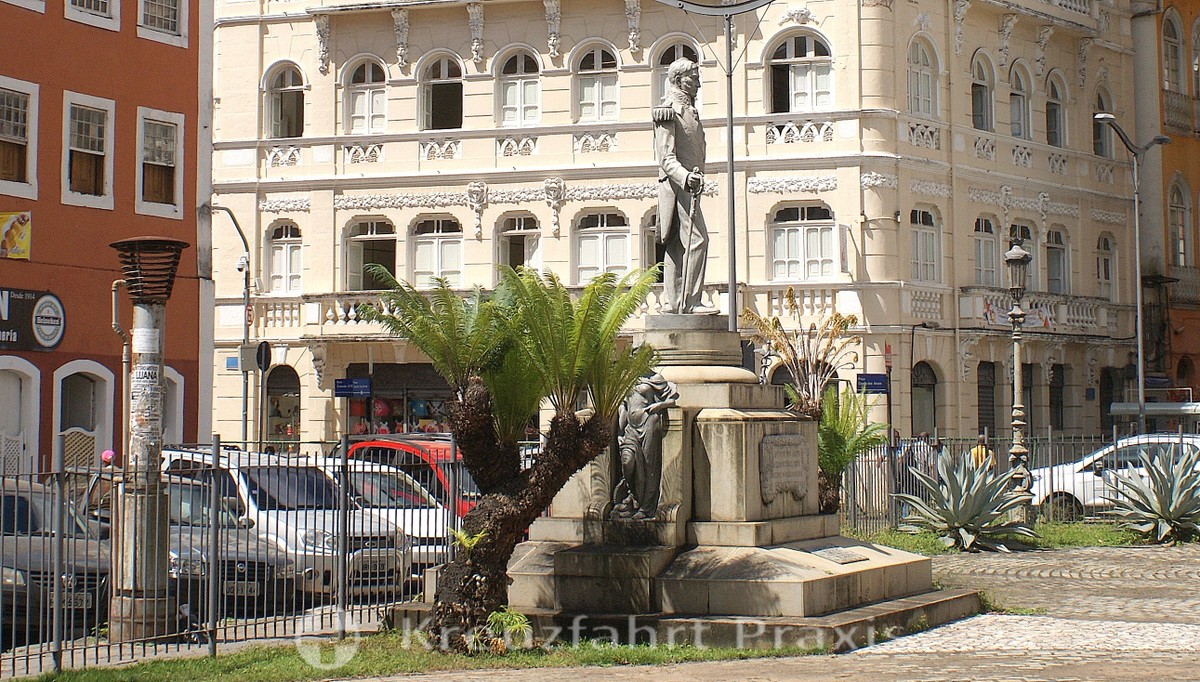 The upper town (Cidade Alta) was built on it. It served the administration, the representation and the defense against intermittent Spanish and Dutch attacks. And it was the location of the main sacred buildings. In short, the main tourist attractions are in the upper town. In contrast, the income from the port economy, trade and industry was generated in the lower town, which helped finance the splendor of the upper town. 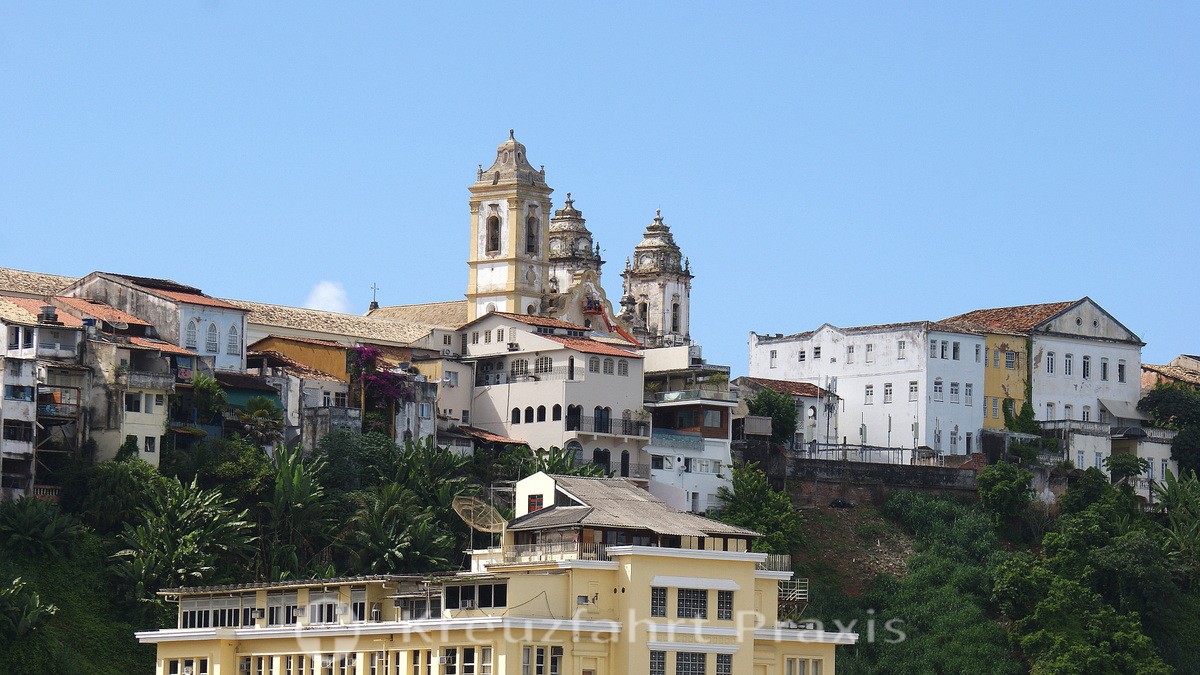 Salvador da Bahia developed into an exemplary colonial city. It was here that European, African and American cultures from the 16th to 18th centuries mingled. The historic city center has large squares and ecclesiastical and secular buildings that are worth seeing. 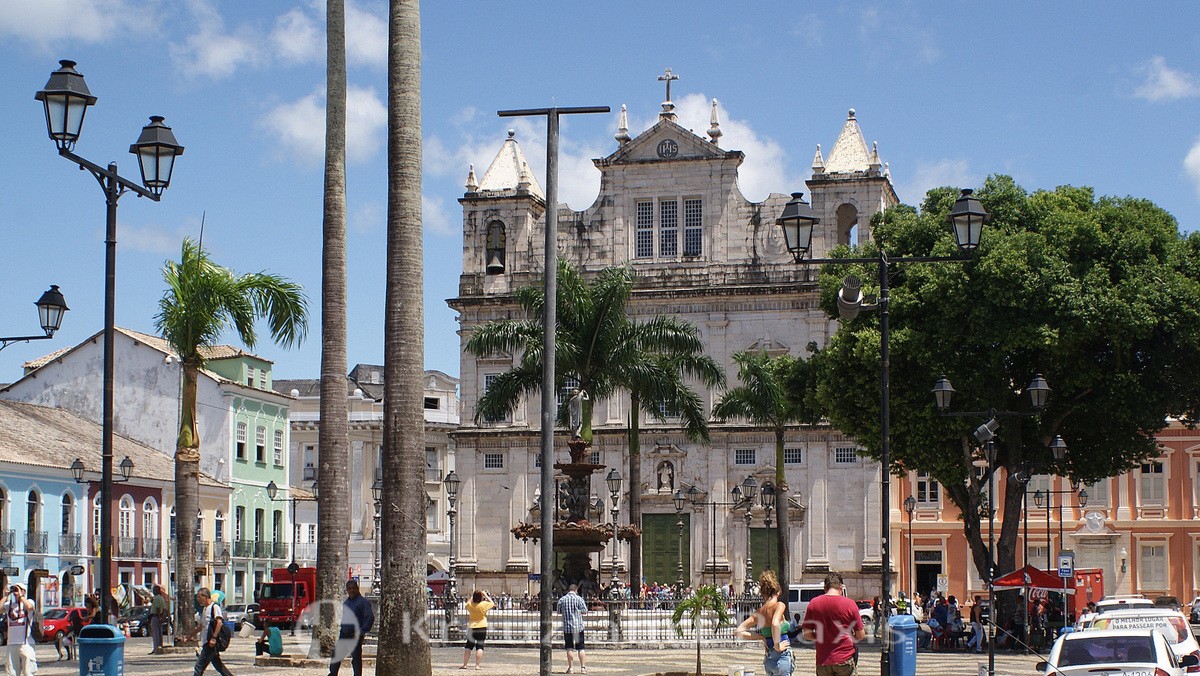 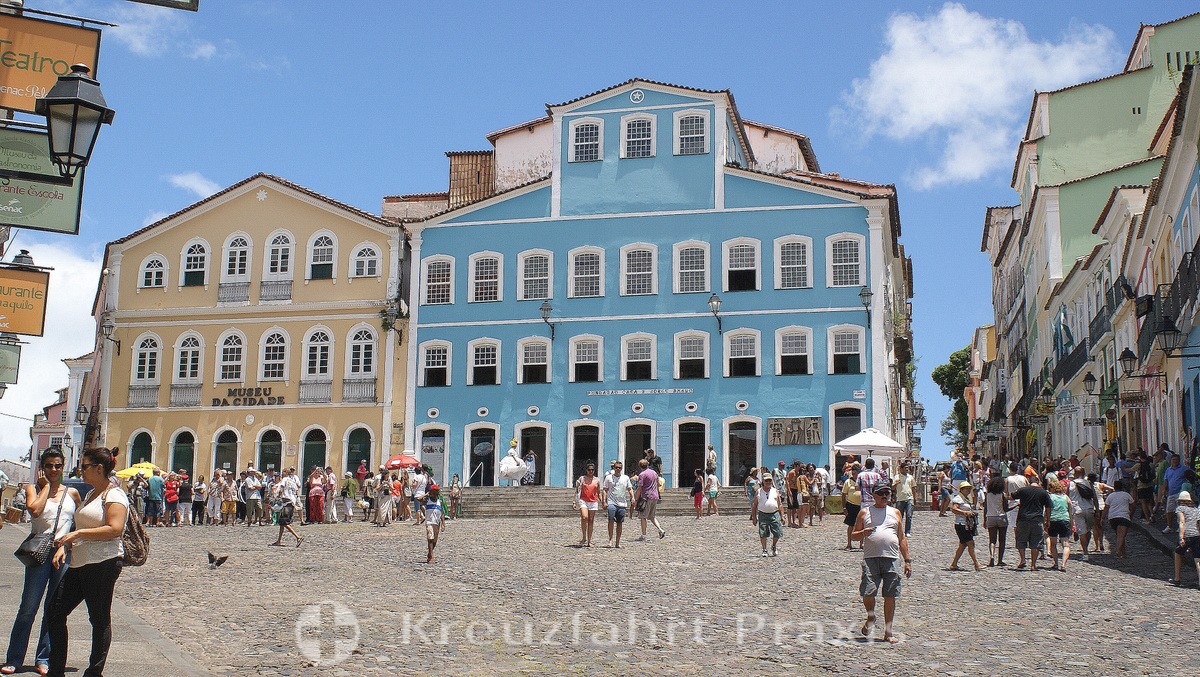 The old town in the Upper Town has been under the patronage of UNESCO World Heritage Sites since 1985. Many buildings have been preserved over the centuries. A renovation of the historic city center at the end of the 20th century helped to preserve the building fabric. Official city brochures report that San Salvador's historic center, with nearly 800 restored buildings from the 17th to 19th centuries, is the largest collection of Baroque buildings outside of Europe.

Salvador da Bahia is currently the fourth largest city in Brazil. It is the administrative center and capital of the state of Bahia. It is also the seat of an archbishopric and the location of two universities. The city is a commercial and economic center. The key industries are oil and sugar production. Other important industries are cotton, tobacco and cocoa processing. 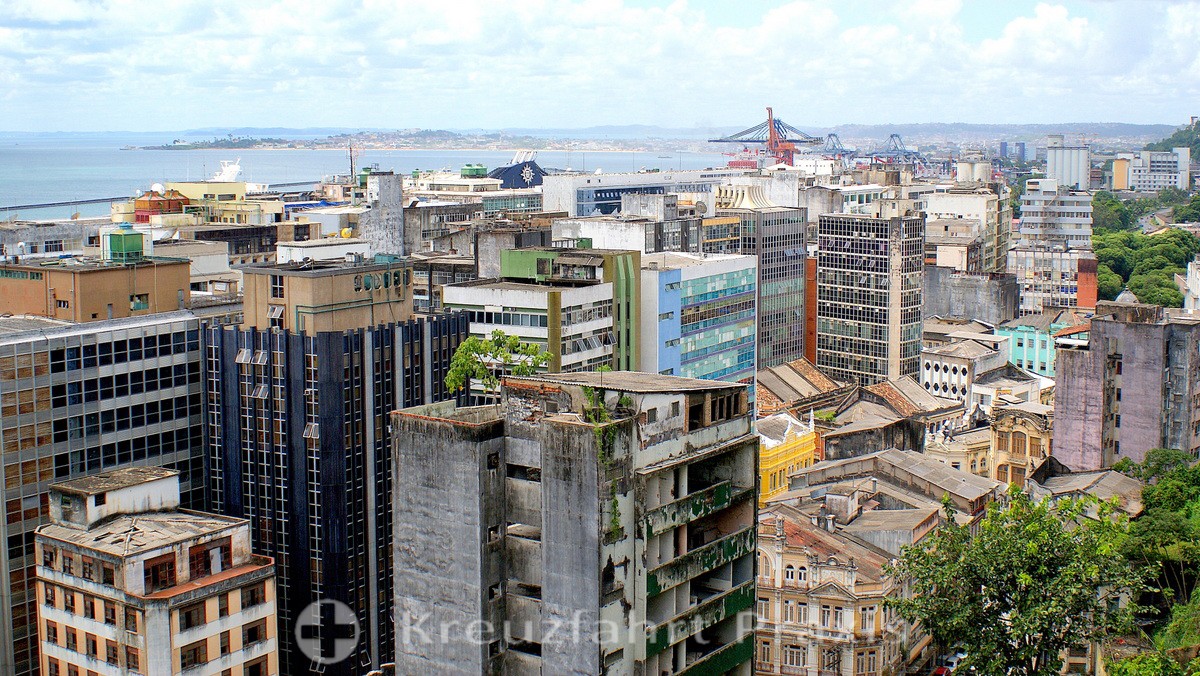 The city is often given the attribute of pure joie de vivre. The dance called samba, for example, comes from the region. - The high crime rate has nothing to do with joie de vivre. The crime statistics recorded more than 2.200 murders in 2013. With this value, Salvador da Bahia ranks 13th on the list of the most violent cities in the world. But that shouldn't frighten tourists. Crime generally takes place around the city's slums. Unlike the favelas, the tourist areas of the historic center are very well protected thanks to the heavy police presence. Crusaders benefit from the short distances between the ship berths and the upper town.