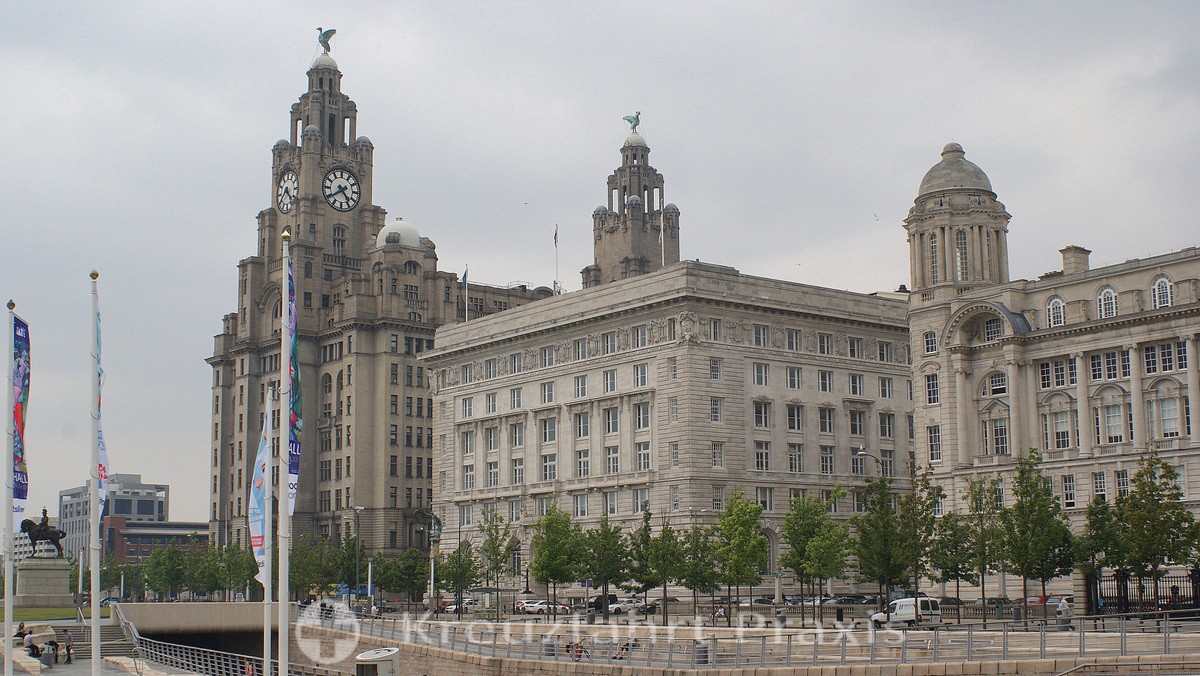 Liverpool is located in the north west of England at the mouth of the Mersey River and the Irish Sea. The historic trading and industrial city is probably forever associated with the Beatles, the city's best-known sons. And something else is inseparably linked to the city's name from the perspective of football fans: the Premier League clubs Liverpool FC and Everton FC. 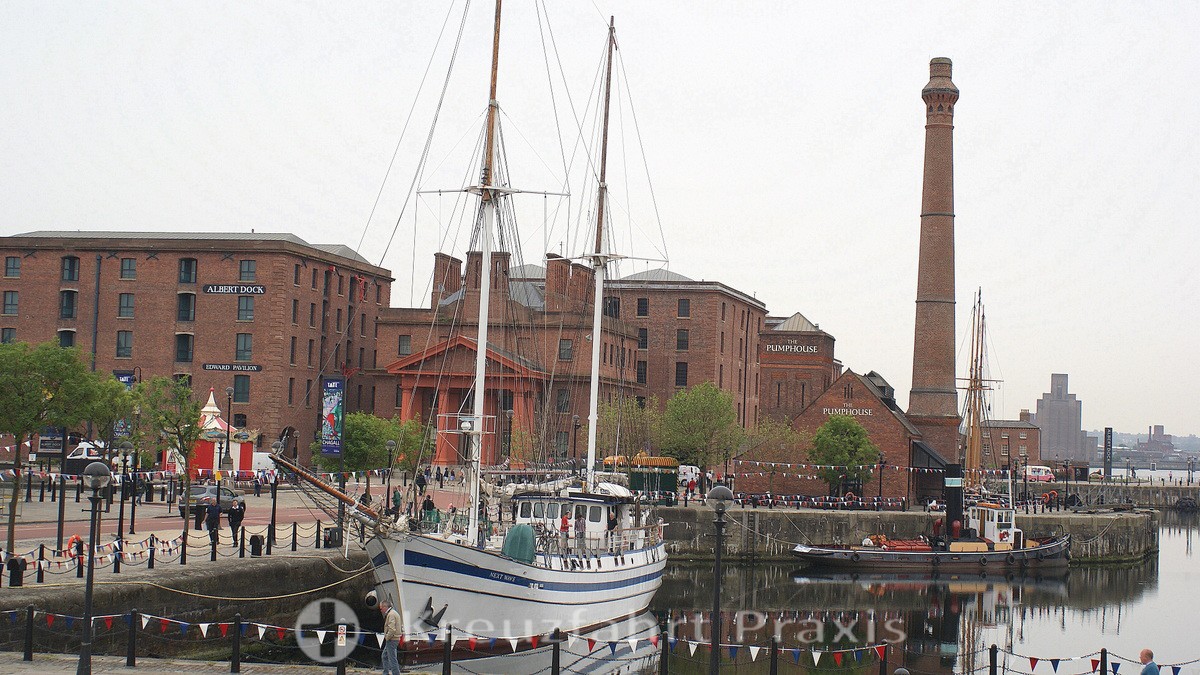 Liverpool was first mentioned around 1190. The place was called "Liuerpul". This name stood for "muddy bay". Soon after, in the year 1207, a first settlement with a harbor was mentioned in a document on the Mersey. Liverpool developed from this market town. There is little to report about the next 500 years. Thanks to a new church built in 1698, the area came to life. The construction created the basic requirements for the city's upswing to become an economic, political and ecclesiastical center, which currently has 580.000 inhabitants. 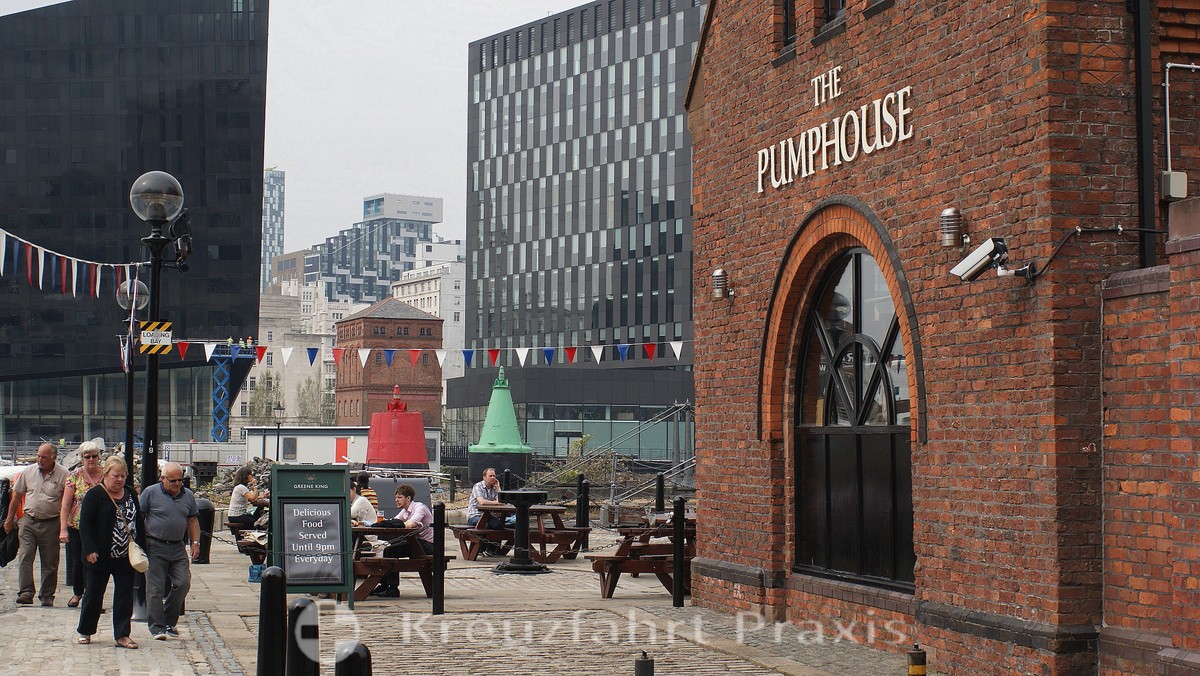 Urban development was promoted by the exchange of goods with the West Indies and the slave trade. The colonies belonging to England were thirsting for labor at the time and Liverpool's port was well positioned for the slave business. At the end of the 18th century, the city was considered to be the world's largest slave market. Other trading activities also flourished. At the beginning of the 19th century, 40 percent of world trade was through Liverpool's port. As a result, the city developed into one of the most important municipalities in the country. 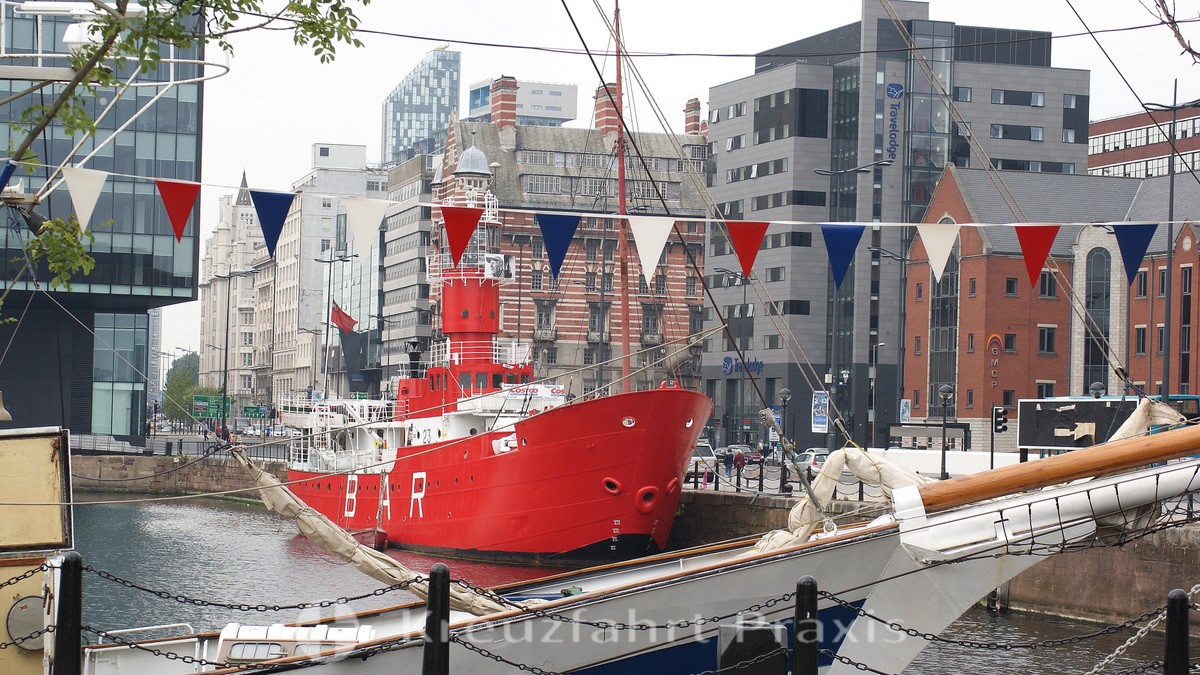 It also gained importance as an industrial location. Liverpool's population grew well into the first half of the 20th century. Irish people in particular were drawn to the city. At peak times, the city on the Mersey had a population of 850.000.

At the beginning of the 1950s, the employment situation tipped over. Industry, trade and the port lost their importance. Many people lost their jobs. The city spent a lot of money on social benefits and slipped into bankruptcy in the mid-1980s. 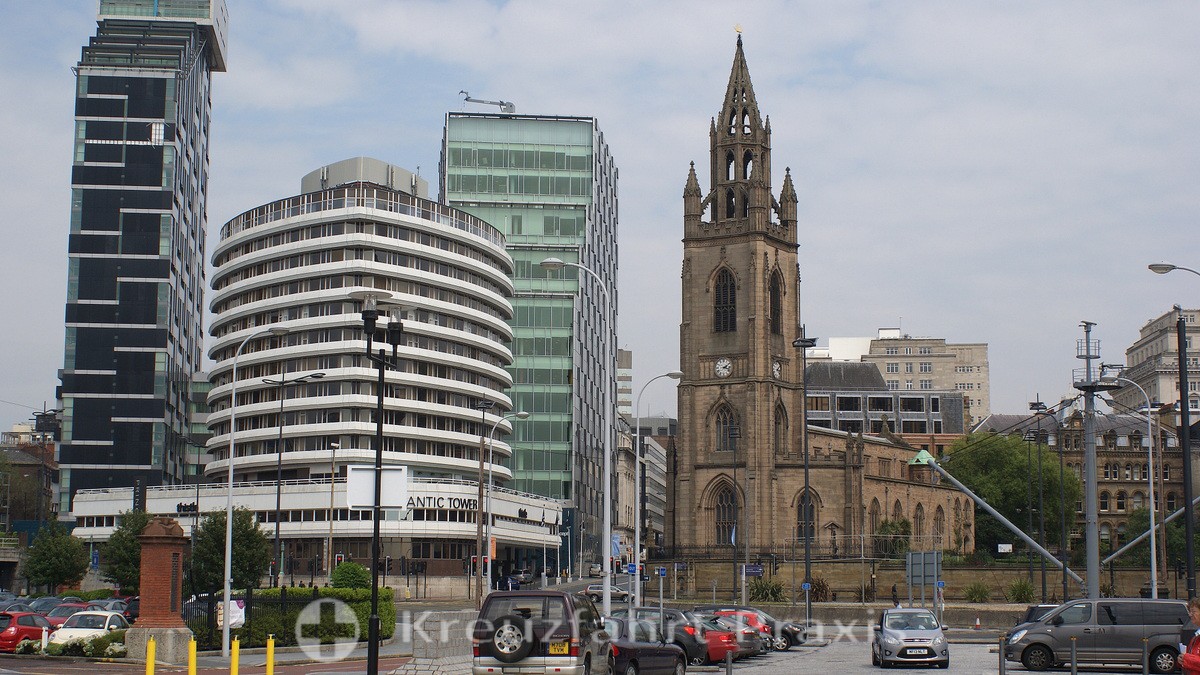 The city's economic and financial situation only improved when financial service providers and authorities settled in Liverpool. The city administration also consistently and successfully focused on promoting tourism. In 2013, the city ranked fifth among the UK's most visited places by overseas tourists, with well over 500.000 overnight guests. 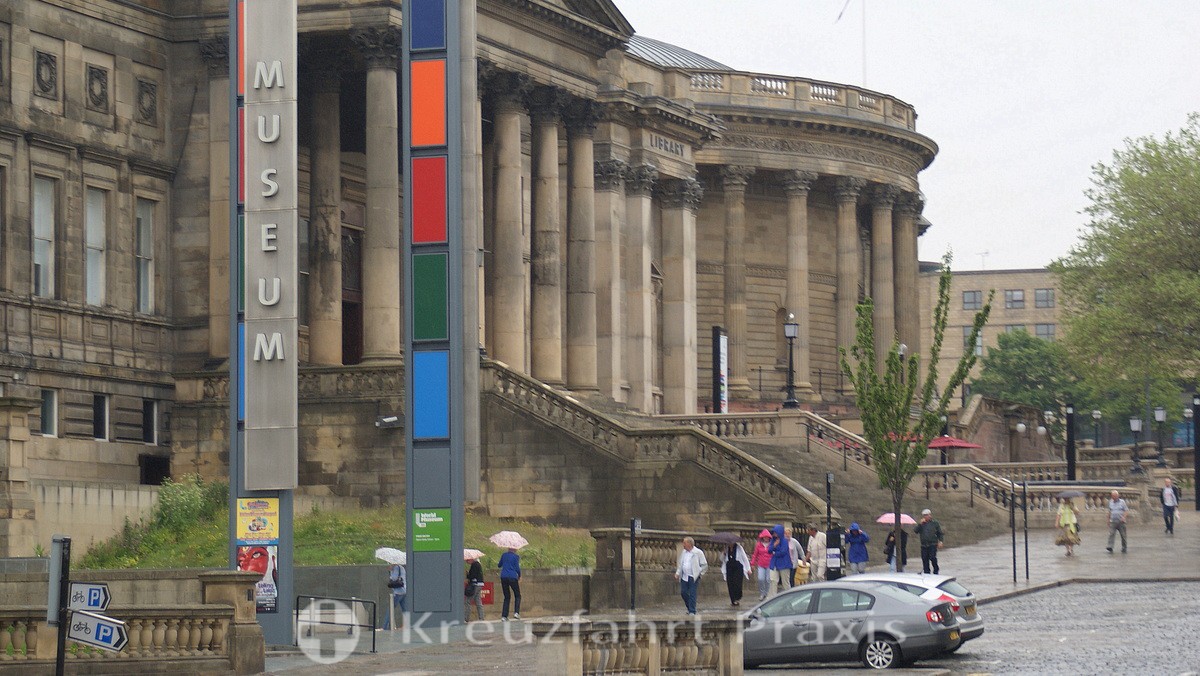 The general prosperity of the Victorian era gives Liverpool a very beautiful cityscape. The city has many historical buildings.

In its heyday, Liverpool's port was considered one of the most modern ports in the world. Since 2004, the port region has been on the list of UNESCO World Heritage Sites together with three outstanding buildings. In recent years, many phenomenal modern buildings have been built in the area around the port. The mixture of old and new architecture is worth seeing.

The city is home to three universities and the Institute for Tropical Medicine. It has two extraordinary cathedrals and several museums. The cultural scene is diverse and varied. The reward: Liverpool was recognized throughout Europe as the European Capital of Culture in 2008. 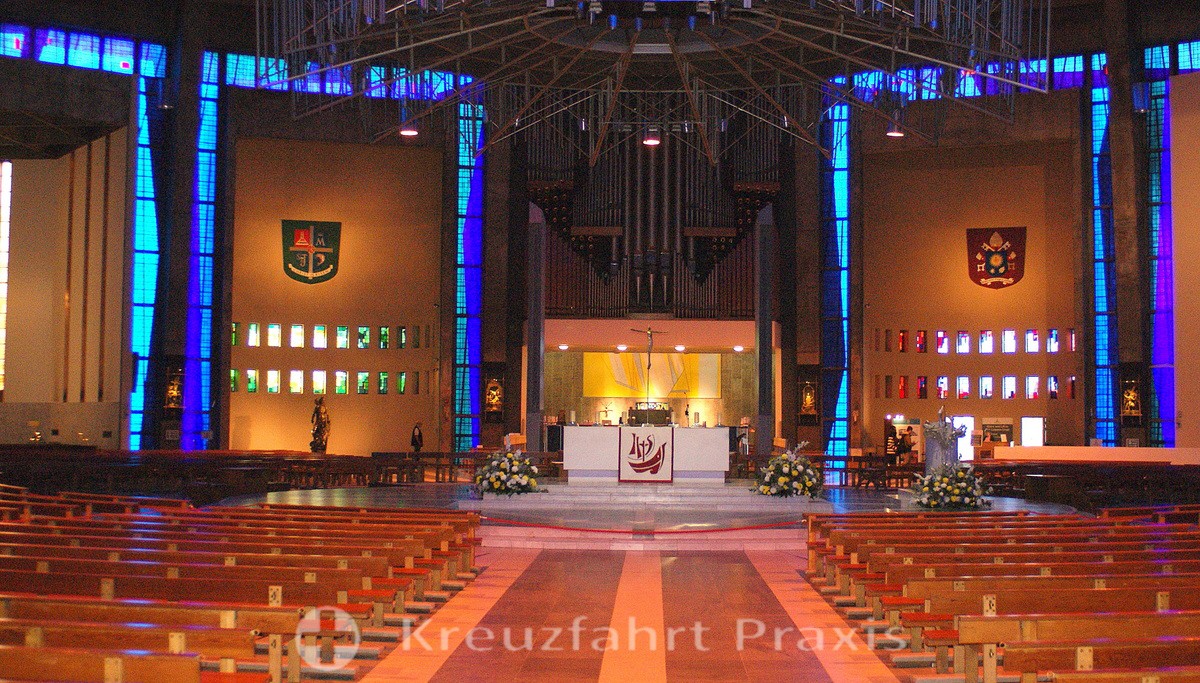 Liverpool is well worth a visit

The city on the Mersey is still one of the ten poorest communities in the United Kingdom; this awkward situation remains hidden from the visitors. They perceive the city as a diverse and interesting city. We describe Liverpool's attractions below Liverpool landmarks.