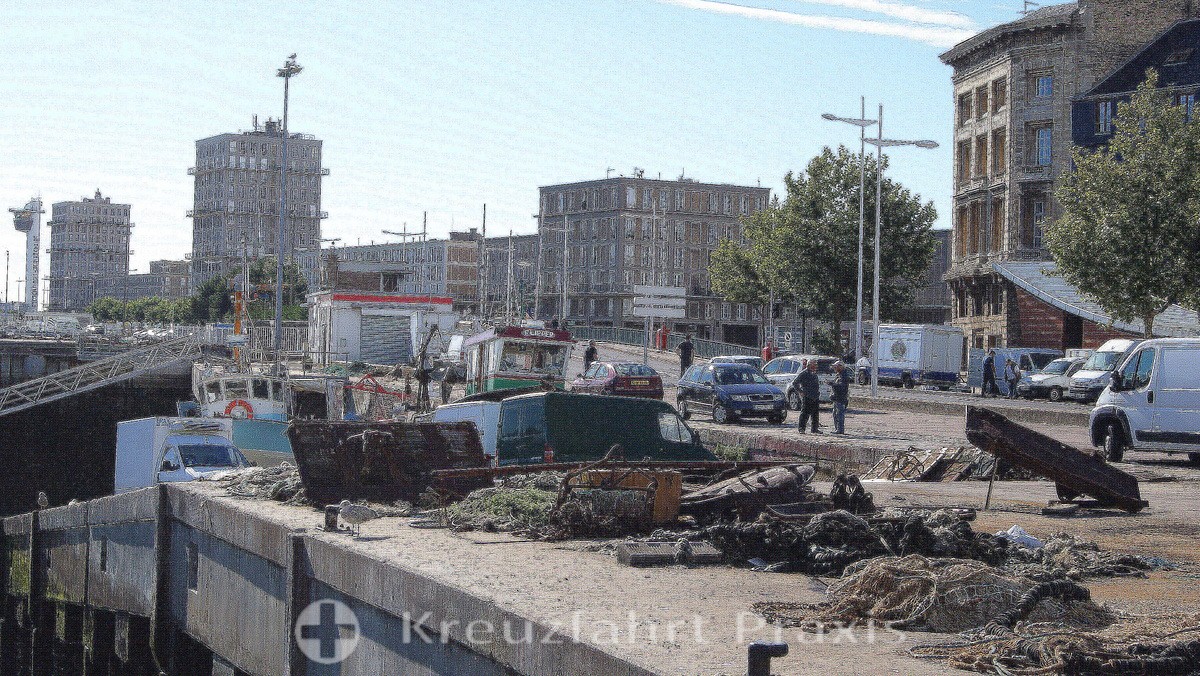 In Normandy, the port and industrial city of Le Havre lies on the right bank of the Seine estuary. The city has about 170.000 inhabitants; 235.000 people live in the greater Le Havre area. The city center has been on the UNESCO World Heritage List since 2005 because of its dominant concrete architecture. 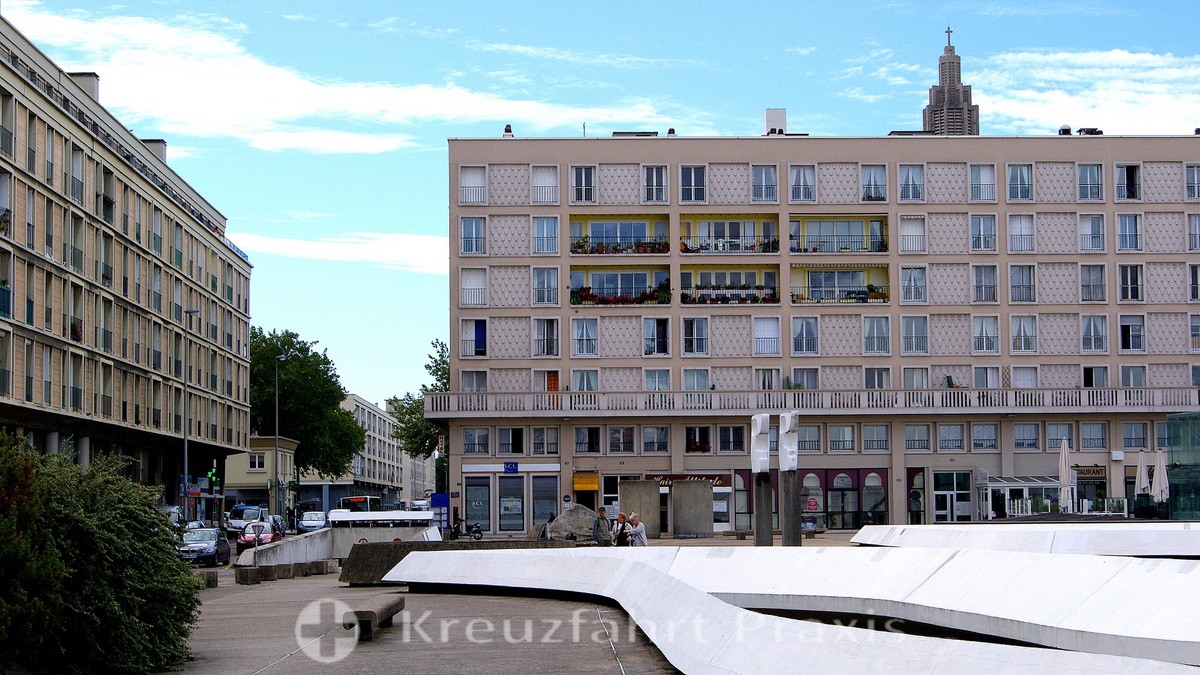 Compared to other port cities, Le Havre is still a young city. It was built in 1517 as a naval port. Three centuries followed with an eventful history. The rise and development of the city began in the early years of the 19th century with the connection of Le Havre to shipping to America. 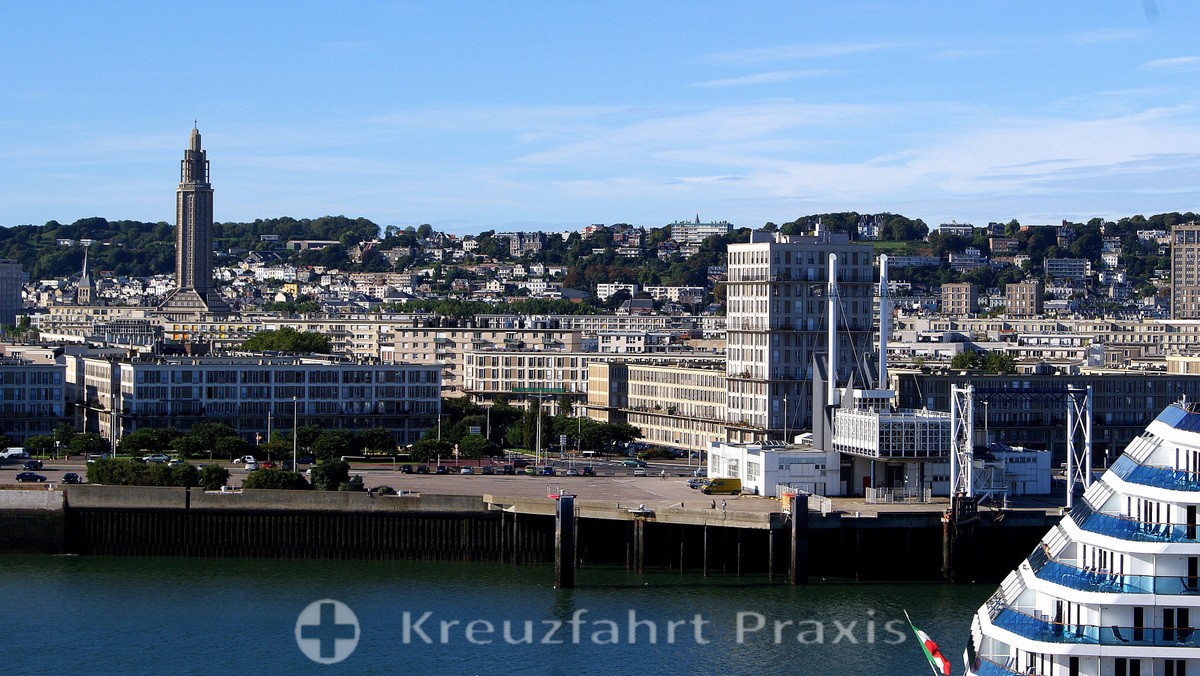 Le Havre - Reconstruction after the bombing

During the Second World War, the city was occupied by German troops in 1940. The port was developed into a fortress as part of the "Atlantic Wall". In September 1944, several thousand people were killed and 12.500 buildings were destroyed in massive Allied bombing raids. The bombing caused Le Havre to be rebuilt in modern concrete architecture between 1945 and 1954 after the war. The construction took place under the direction of the Belgian architect Auguste Perret. The basic pattern of the designs at that time are long street axes, wide boulevards and an architecture that imaginatively uses tinted concrete elements in high-rise buildings. 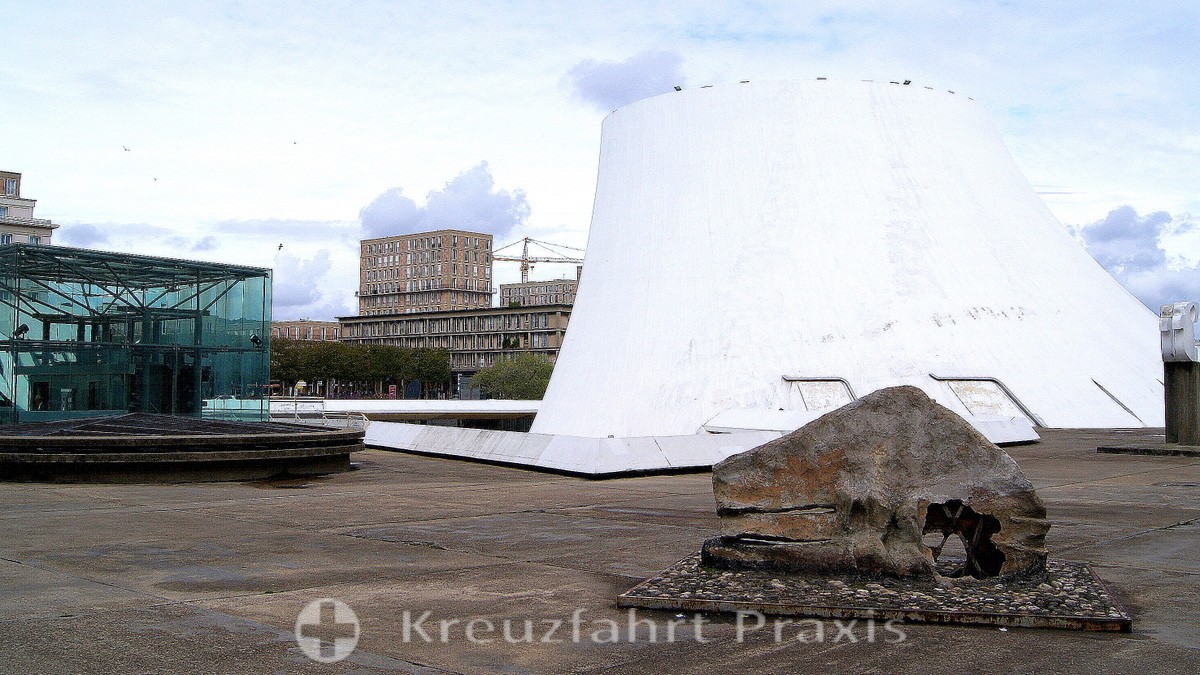 Le Havre stands or falls with the seaport. Marseille owns France's largest port, followed by Le Havre in second place. In a European comparison, the port ranks ninth in terms of freight volume. The storage tanks of the refineries prove it: Le Havre is an important petrochemical site. In addition to the petrochemicals, shipbuilding, the food industry, the airport and a plant owned by the car manufacturer Renault also contribute to the economic growth. 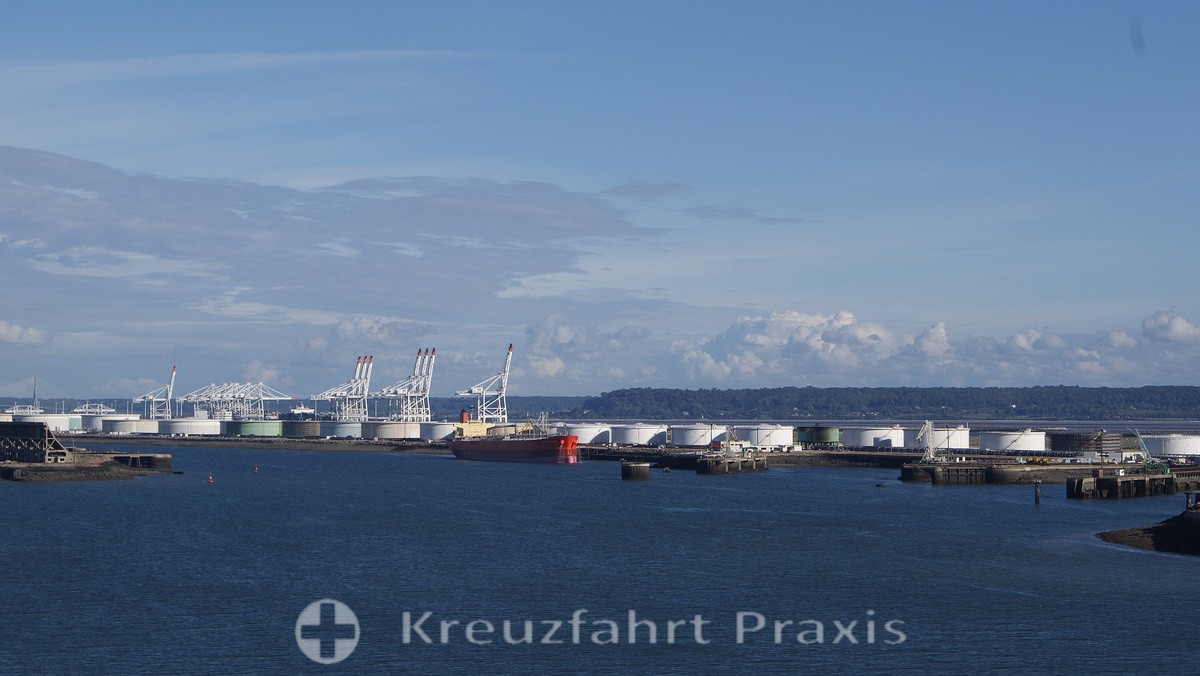 Le Havre - the oil tanks of the petrochemical industry

Le Havre is not only a major European freight port. Cruise ships also call at the port regularly. 125 ship calls were planned in 2019. Including German ships from AIDA Cruises, Phoenix and TUI Cruises. Cruise ships dock at Roger Meunier Pier or Pierre Callet Pier in Terminal 12. What do cruise ship passengers do in Le Havre? You can read more about this under Le Havre sightseeing.