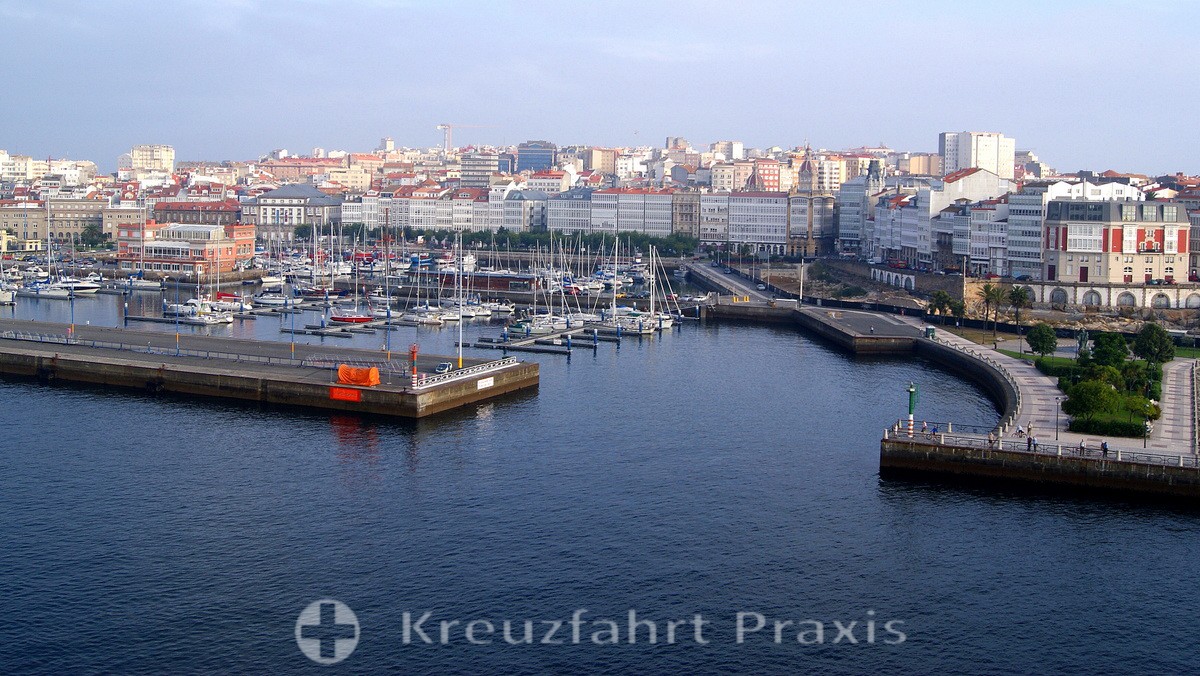 In the far north-west of Spain in the autonomous region of Galicia is the port city of A Coruña with a population of 246.000. The city called La Coruña in Spanish is the capital of the province of A Coruña. We prefer the Spanish term, which we use in the following. 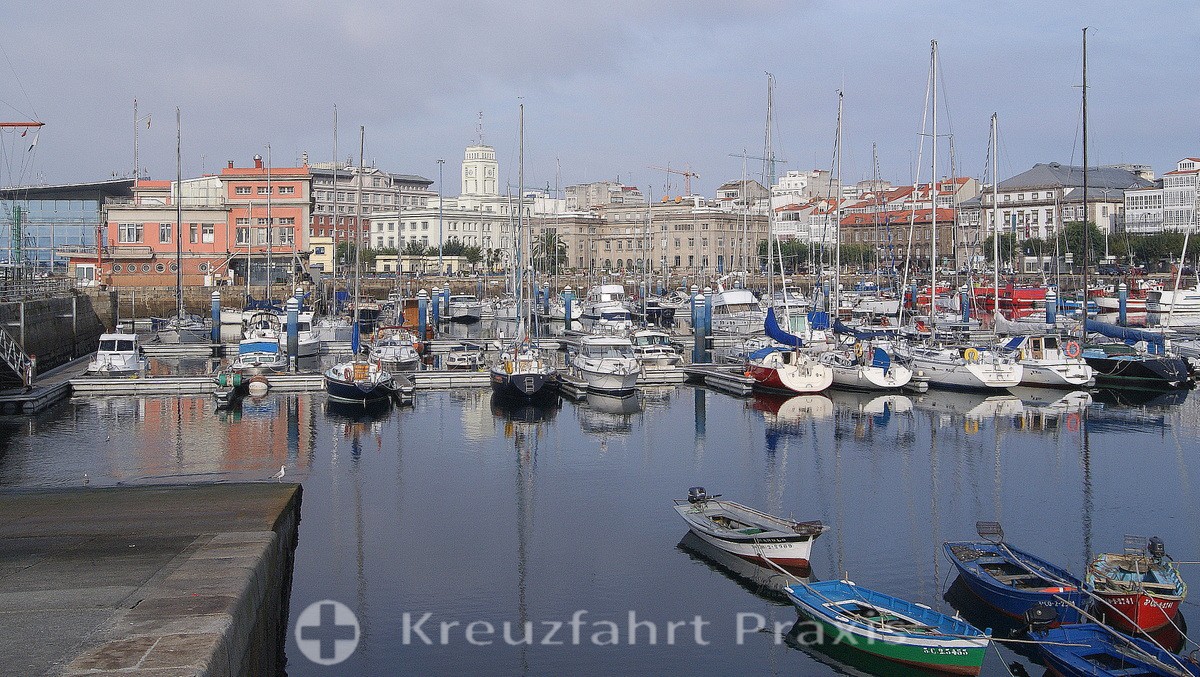 La Coruña's origins go back to the Celts, Phoenicians and Romans. Their settlers appreciated the protected natural harbor on the Atlantic Ocean. In Roman times the place was called Ardobicum Corunium. The Tower of Hercules, an ancient lighthouse that has been a UNESCO World Heritage Site since 2009, is a reminder of Roman rule. 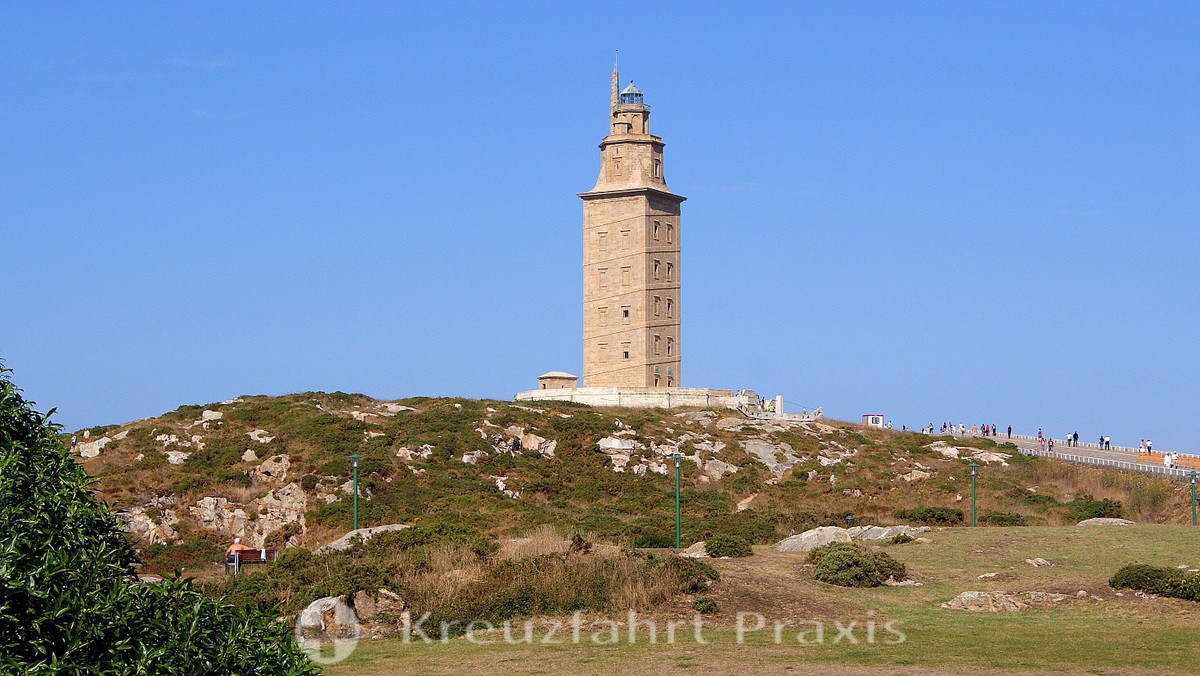 The city experienced an upswing in the 13th and 14th centuries. At that time, English pilgrims to St. James used the place as a port of destination on the way to the pilgrimage site of Santiago de Compostela.

La Coruña - favored by the climate

Spain is generally associated with heat and drought. La Coruña, on the other hand, is favored by the climate. The location on the Atlantic creates a mild maritime climate. The temperatures rarely drop below 10 ° Celsius. As far as rainfall is concerned, it is advisable to bring an umbrella. The region is one of the rainiest areas in Spain. Even in the months of June to August, the city recorded an average of six or more rainy days.

La Coruña in the present

La Coruña presents itself as an administrative center, university and port city. There are no outstanding industrial companies apart from an oil refinery and an aluminum plant. The city has an efficient industrial port and a large fishing port. The service sector and tourism are of increasing economic importance. 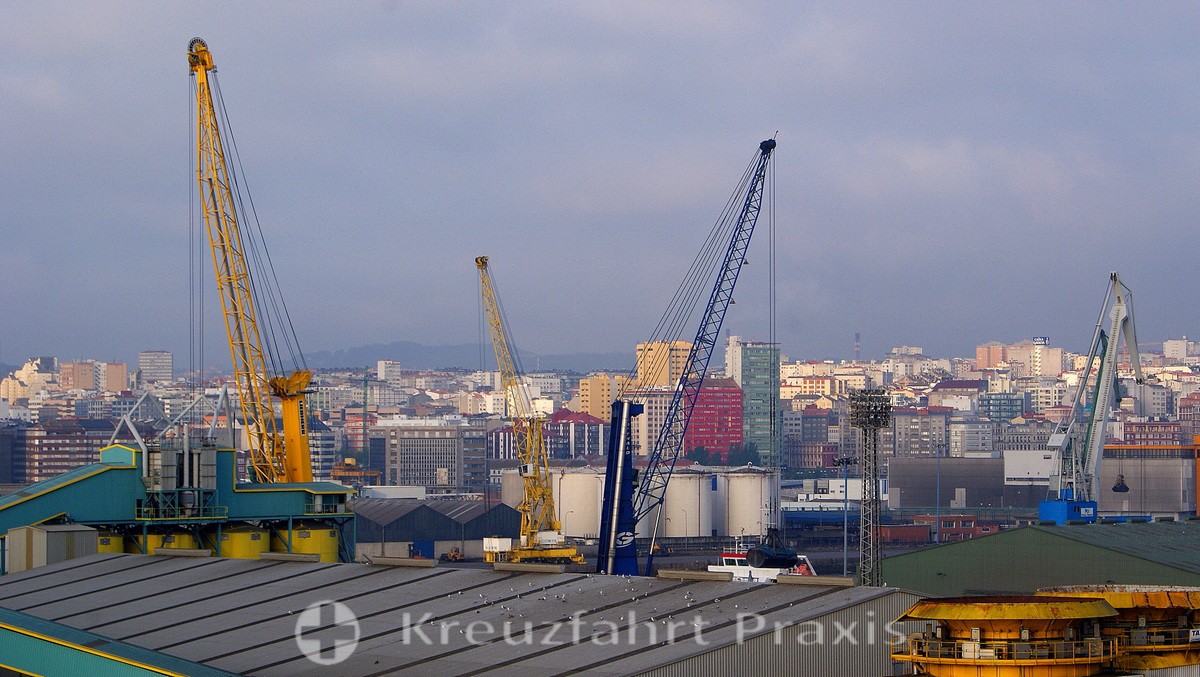 The city benefits from its attractive location on the rugged rocky coast of the Bay of Biscay. In addition to the historic and beautiful old town, the kilometer-long beach promenade is one of the city's attractions. 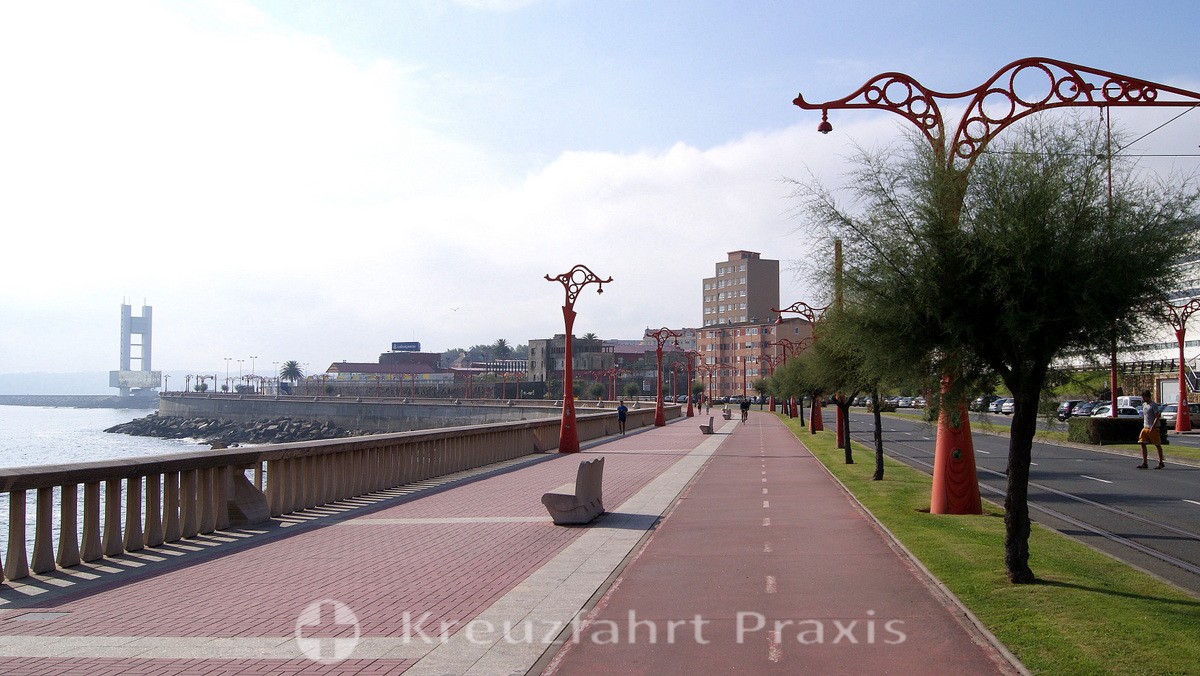 The wide, well-tended grounds are one of the most attractive promenades we know. From there there are constantly fascinating views of the rugged coastline. La Coruña is with Point of Interest & Sights blessed. A circumstance that cruise lines appreciate when looking for worthwhile destinations. 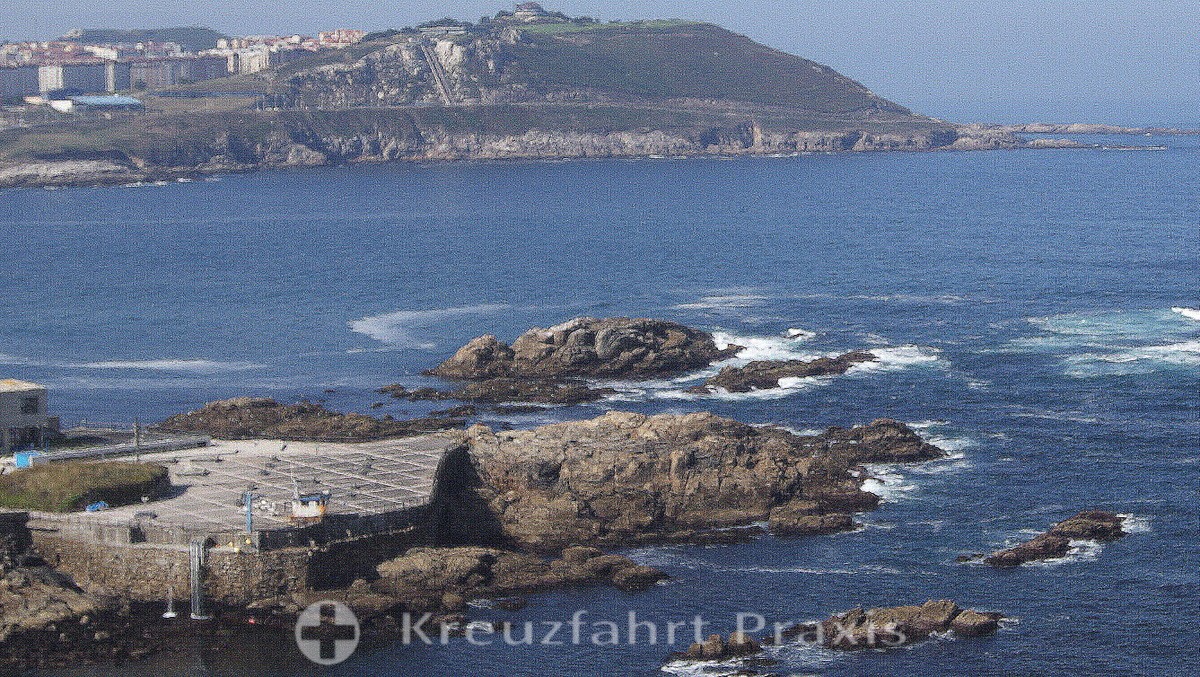 La Coruña and the cruise ships

The number of tourists has increased steadily since cruise ships started calling at La Coruña Bay. In 2019, a total of 95 cruise ship calls were reported. A large number of German ships were among the "calls". The berth intended for the cruise ships opposite the old town is ideal. 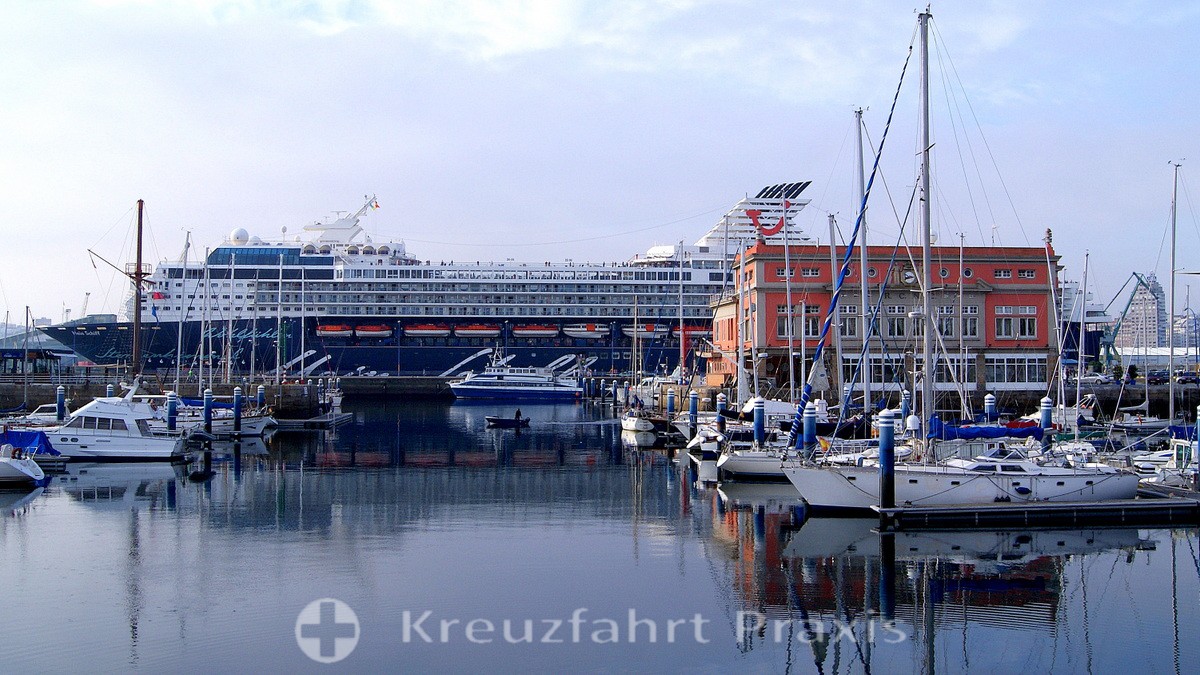 Guests of cruise ships that are not in the 75 km away, world-famous pilgrimage city Santiago de Compostela at the end of the Camino de Santiago will find ideal conditions in Galicia’s largest port city to spend an interesting day without any rush.