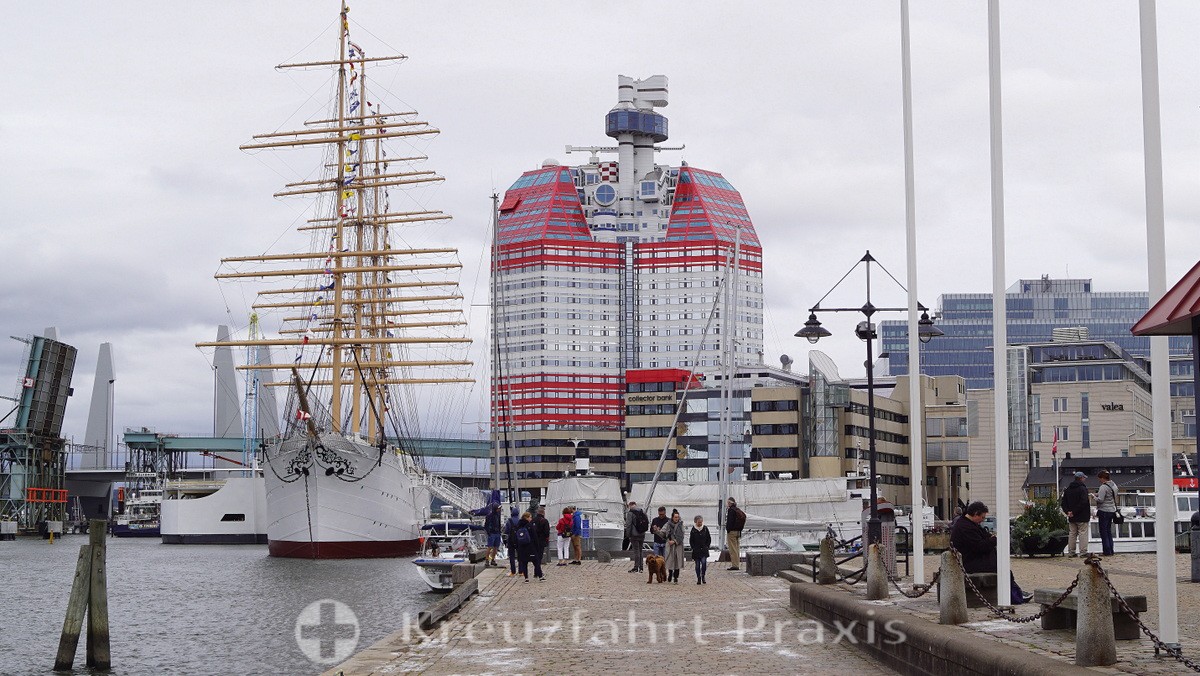 Gothenburg is located on the west coast of Sweden on both sides of the mouth of the Göta älv river into the Kattegat. With around 580.000 inhabitants, Gothenburg is the second largest city in the country. Almost one million people live in the metropolitan region in an area of ​​448 square kilometers (data from 2019). The Gothenburg archipelago is located in the Kattegat in front of the city. 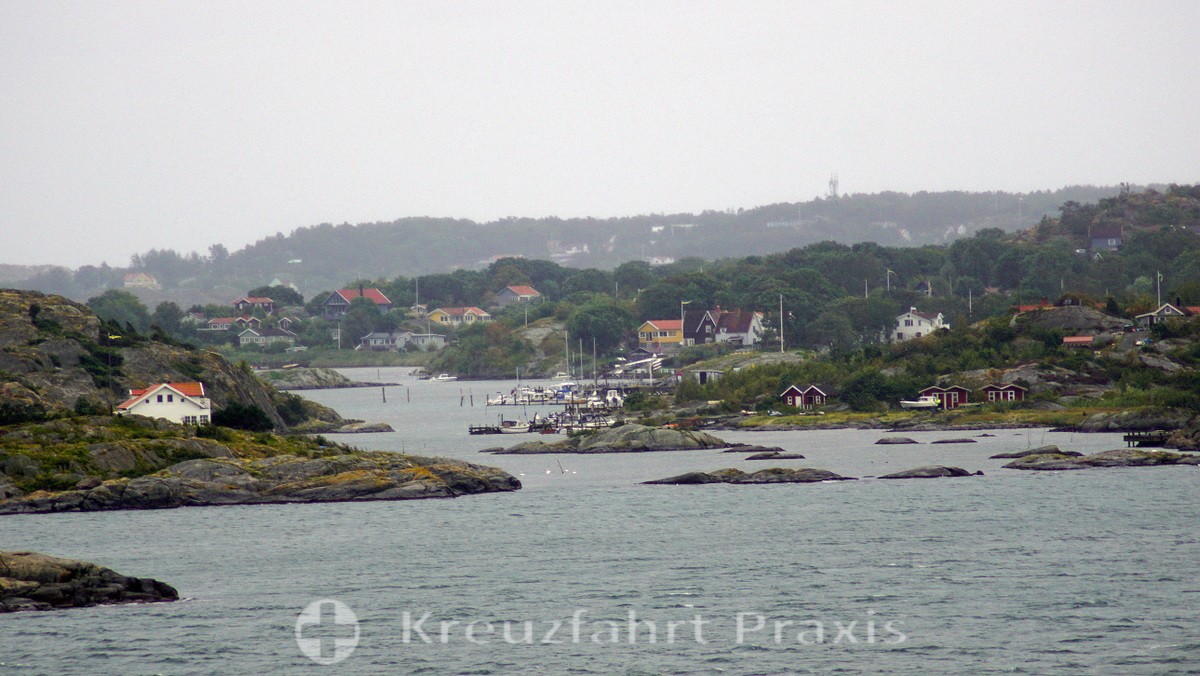 History in a nutshell

People settled at the mouth of the Göta Älv as early as the Stone Age. This is proven by prehistoric finds. However, larger settlements from the 14th century onwards were repeatedly destroyed by the Danes, who then controlled access to the North Sea.

Today's Gothenburg was founded by King Gustav II Adolf in 1619 and received city rights just two years later. The city was well fortified. The moat, the two ski jumps Skansen Kronan and Skansen Lejonet and the Nya Älfsborg fortress on an island in Göta älv still bear witness to this today. 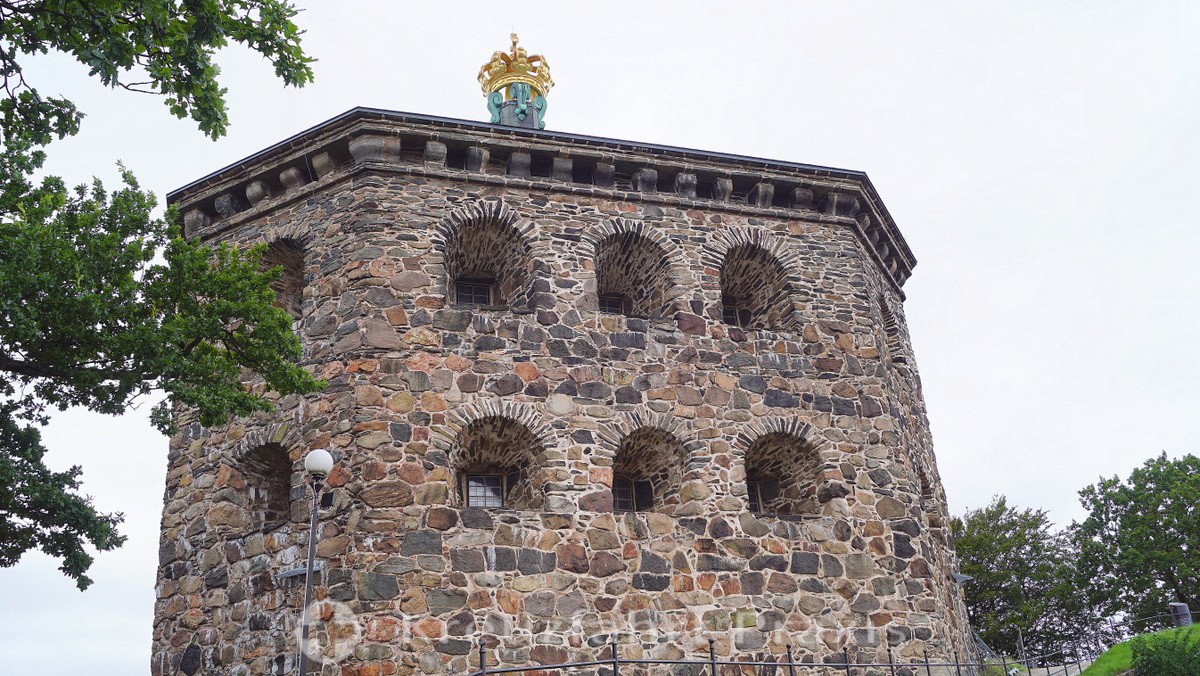 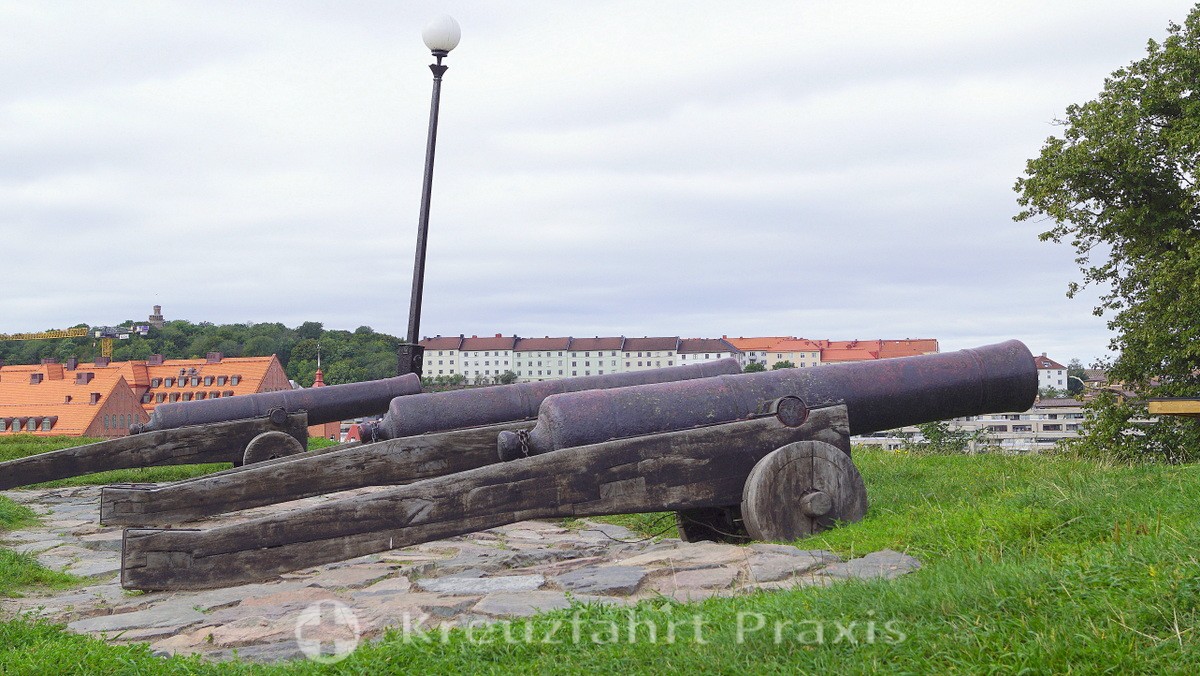 Gothenburg - cannons in front of the Skansen Kronan fortress

Over time, Gothenburg became Sweden's gateway to the world. The Swedish East India Company ensured buoyant trade with Asia and China in the 18th century. The magnificent seat in Gothenburg now houses the city museum. In the 20th century, Gothenburg expanded to become the largest port in Northern Europe. 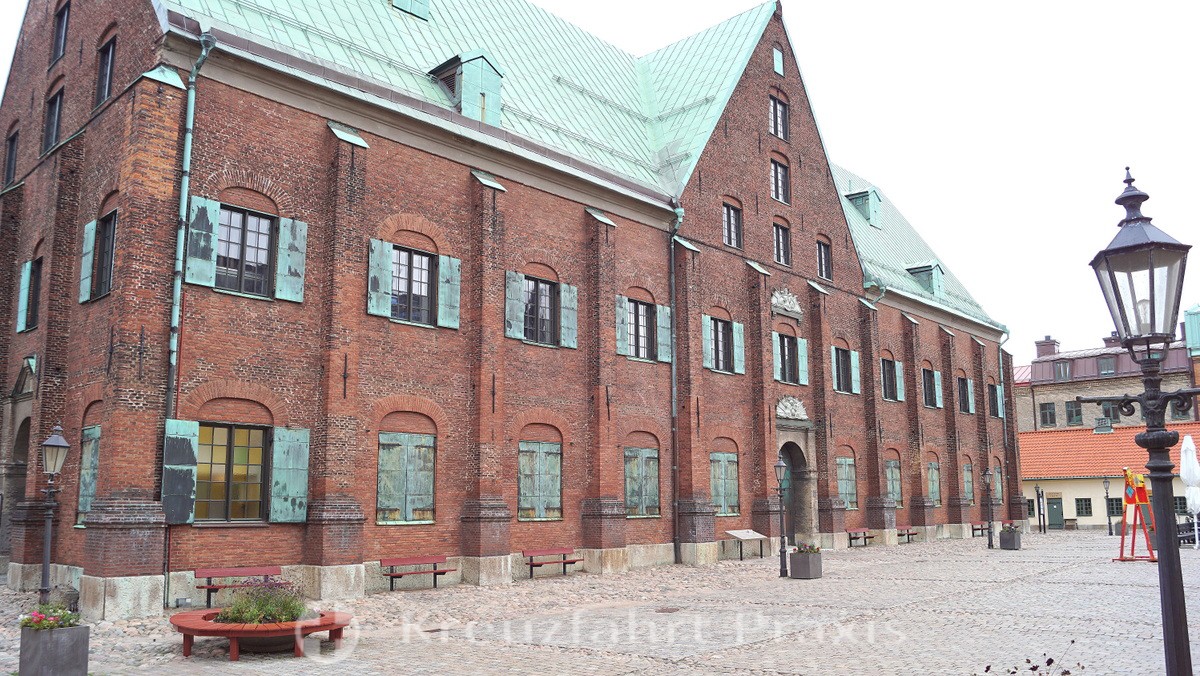 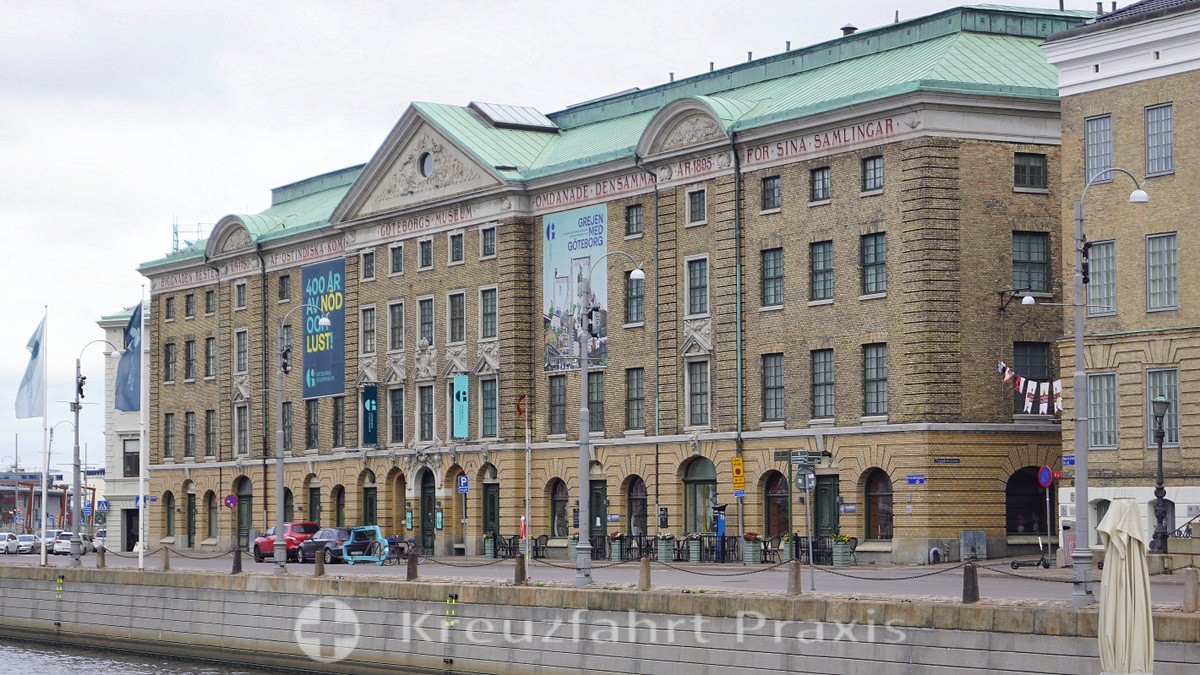 Gothenburg will be 2021 years old in 400. Because of the Covid-19 pandemic, the festivities will be smaller than planned, but will take place until 2023.

Up until the 1970s, Gothenburg was an important location for the shipbuilding industry. Because of the strong competition, especially from Asia, shipbuilding was given up and the large shipyards closed.

Strong economic factors today include ferry shipping and heavy industry. For example, Gothenburg is the headquarters of Volvo, Svenska Kullagerfabriken (SKF) and Stena Line. Gothenburg is a major European trade fair city and the seat of many banks and insurance companies. 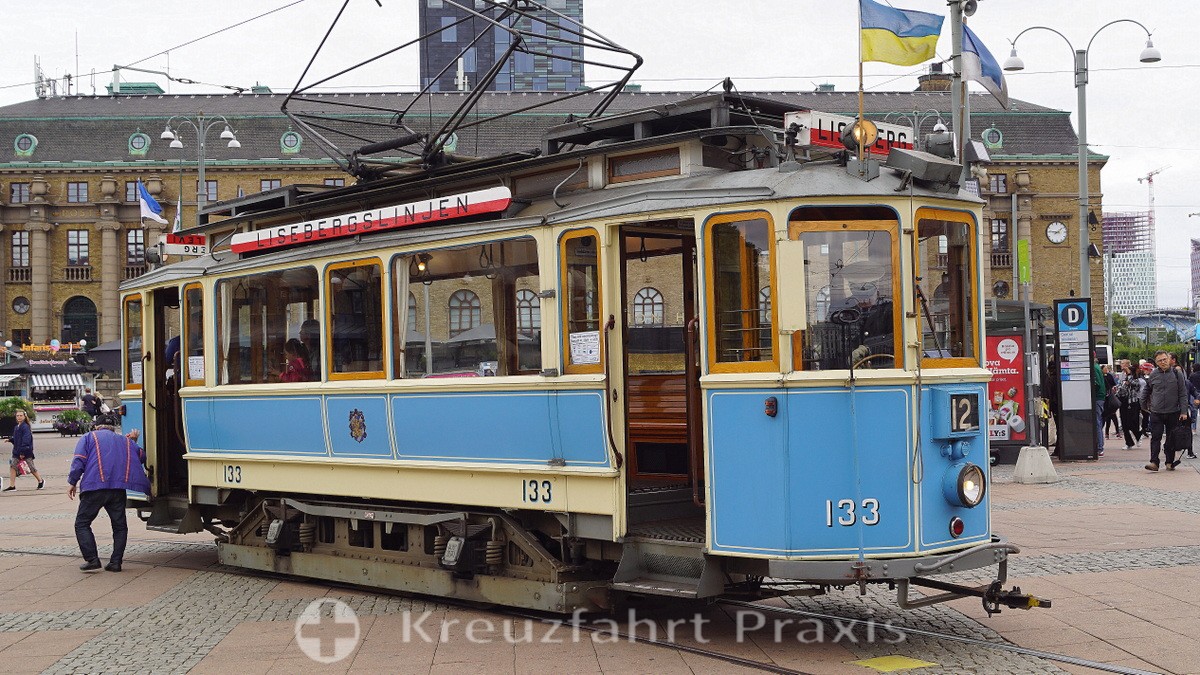 Gothenburg has the largest export port in Northern Europe. The seaport is ice-free all year round and is therefore important for the business location. There are ferry lines to Denmark, Germany and the archipelago. In the year before the Covid-19 pandemic, 59 cruise ships docked in the port. 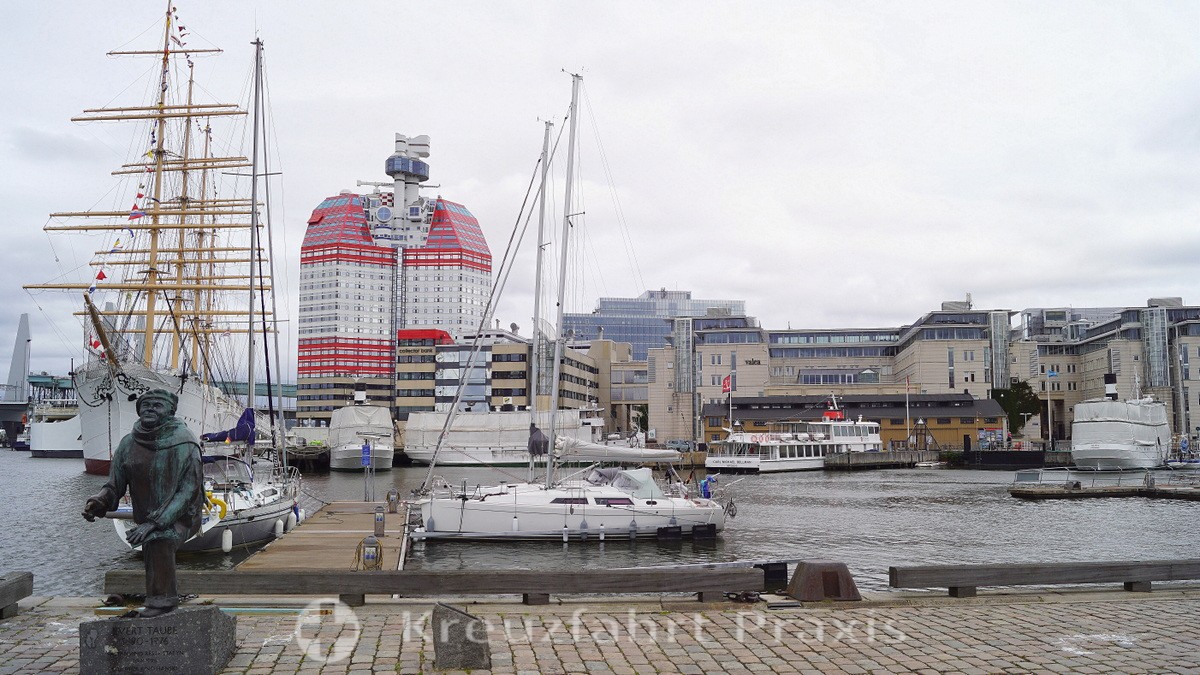 Gothenburg has two airports and is the rail hub with connections to Stockholm, Malmö, Oslo and Copenhagen. There is a good tram and bus network for the urban area and the surrounding area.

The concert hall from 1935 is the seat of the Gothenburg Symphony Orchestra. The modern opera house is architecturally an eye-catcher and serves the fields of opera, ballet and musical. 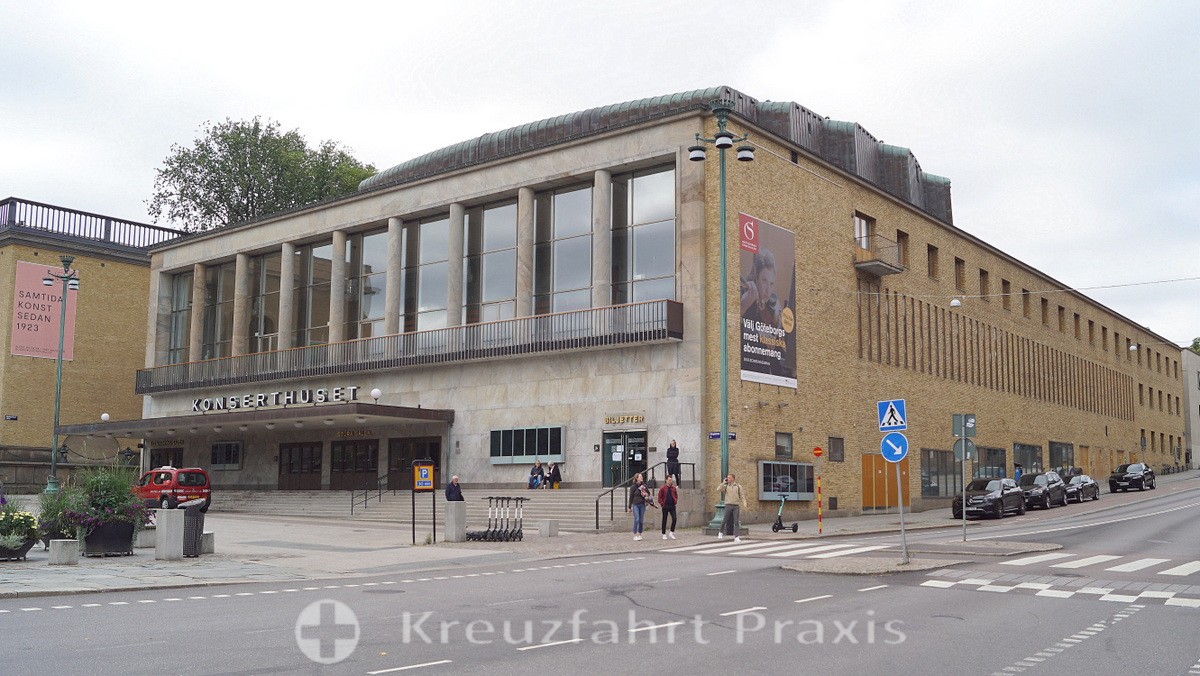 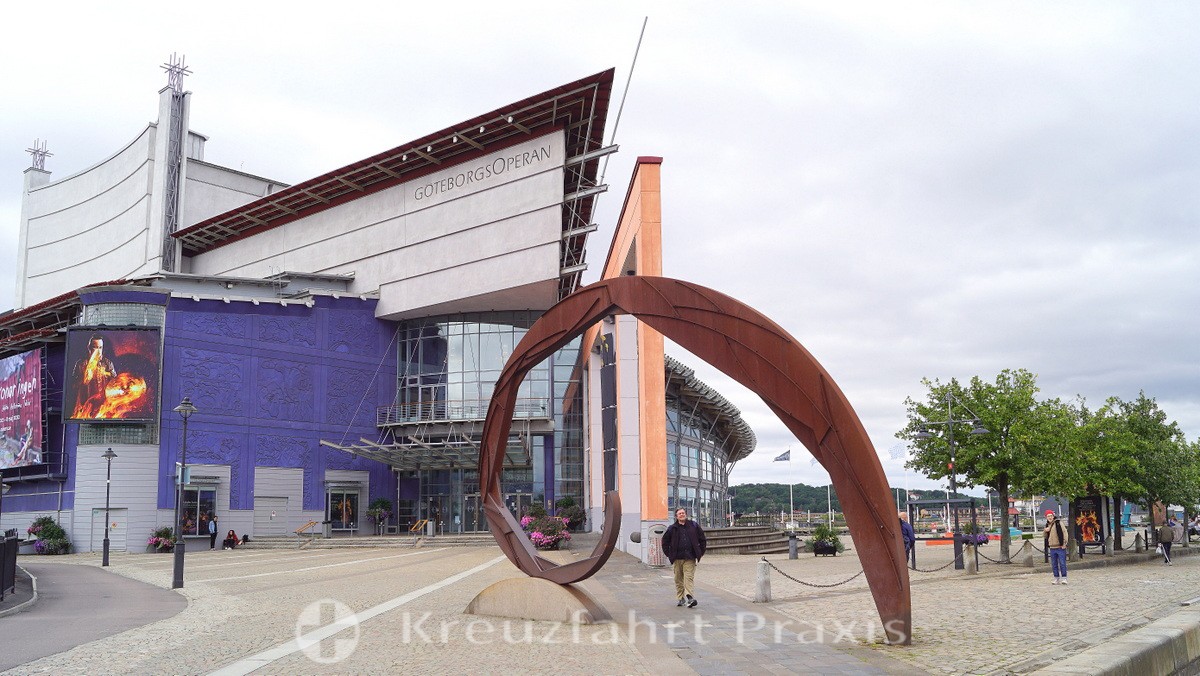 Cruise ships dock either at the America Terminal in Masthugget, which was completed in 2018, or at the Arendal pier. From Masthugget it is only two kilometers to the center, while Arendal is 12 kilometers away at the mouth of the Göta älv. The way to the center by public transport is possible but difficult. In this case we recommend the shuttle buses offered by the cruise lines. Gothenburg is a city that can be easily explored on foot. The old part of the city is surrounded by green areas and canals in the Dutch style. 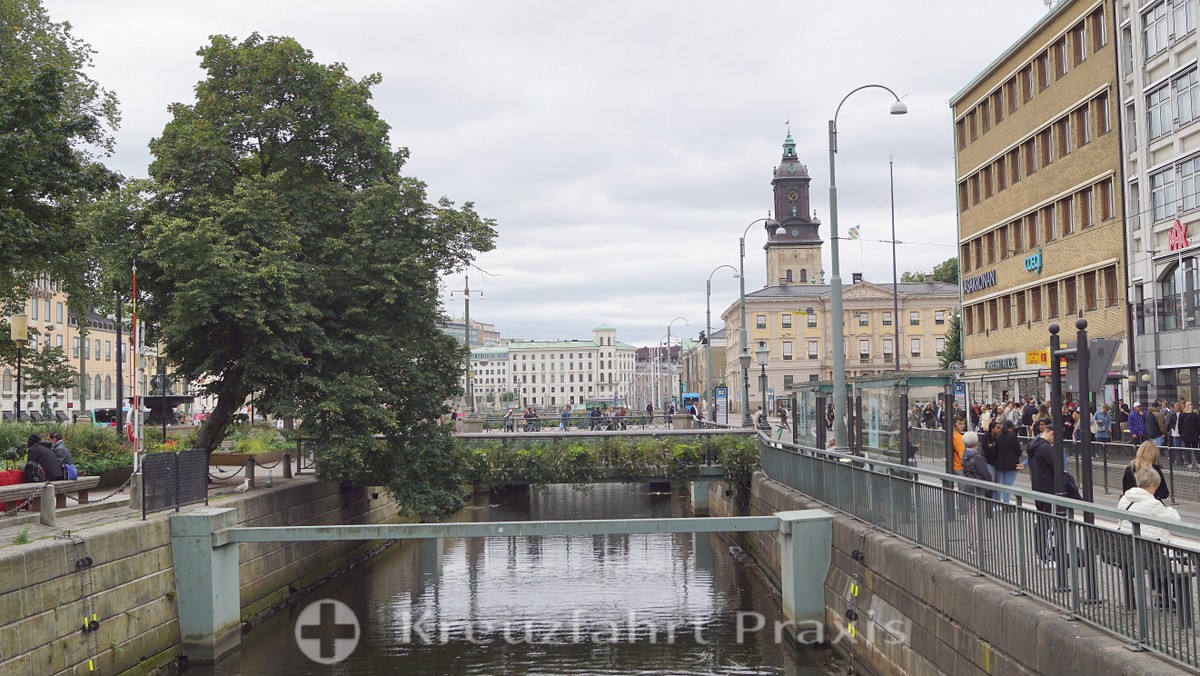 You will find representative buildings and squares, many cafes and nice shops. The Liseberg amusement park is the largest in Scandinavia and the top tourist attraction in Sweden in terms of visitor numbers. We report in detail in our article: Gothenburg sightseeing.