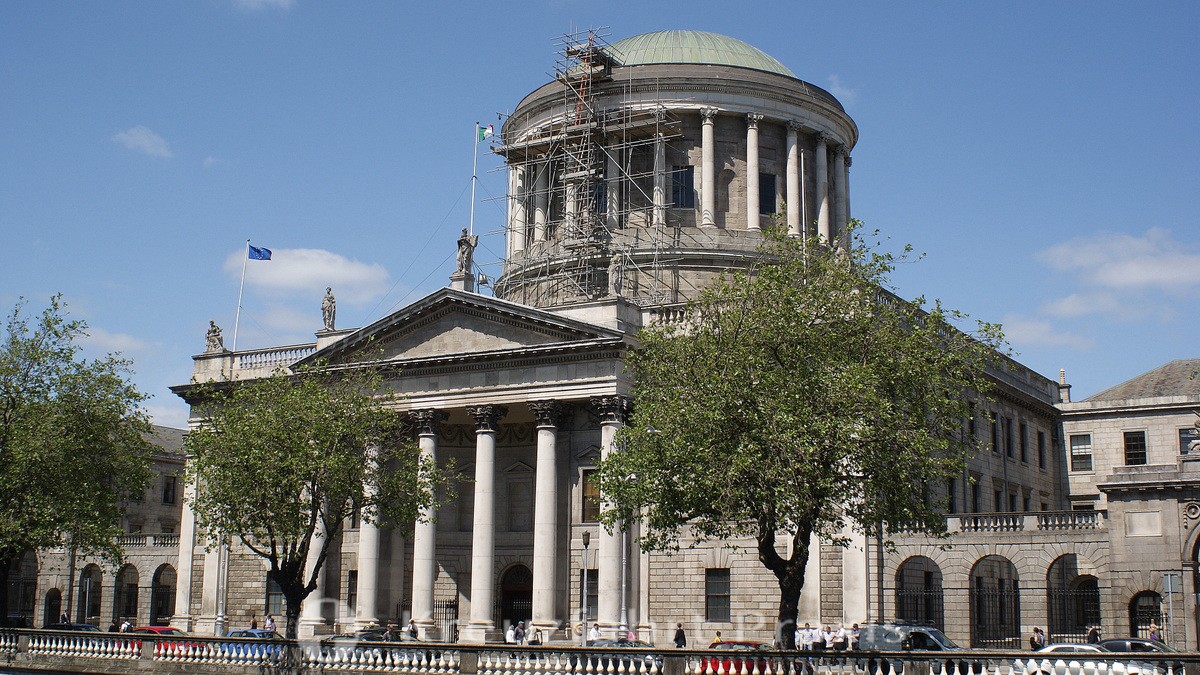 Dublin is the metropolis and at the same time the largest city in the Republic of Ireland. In April 2016, the number of residents was put at 4,76 million. 553.000 of them lived in Dublin. The port city lies in the east of the Irish island at the mouth of the River Liffey in Dublin Bay. 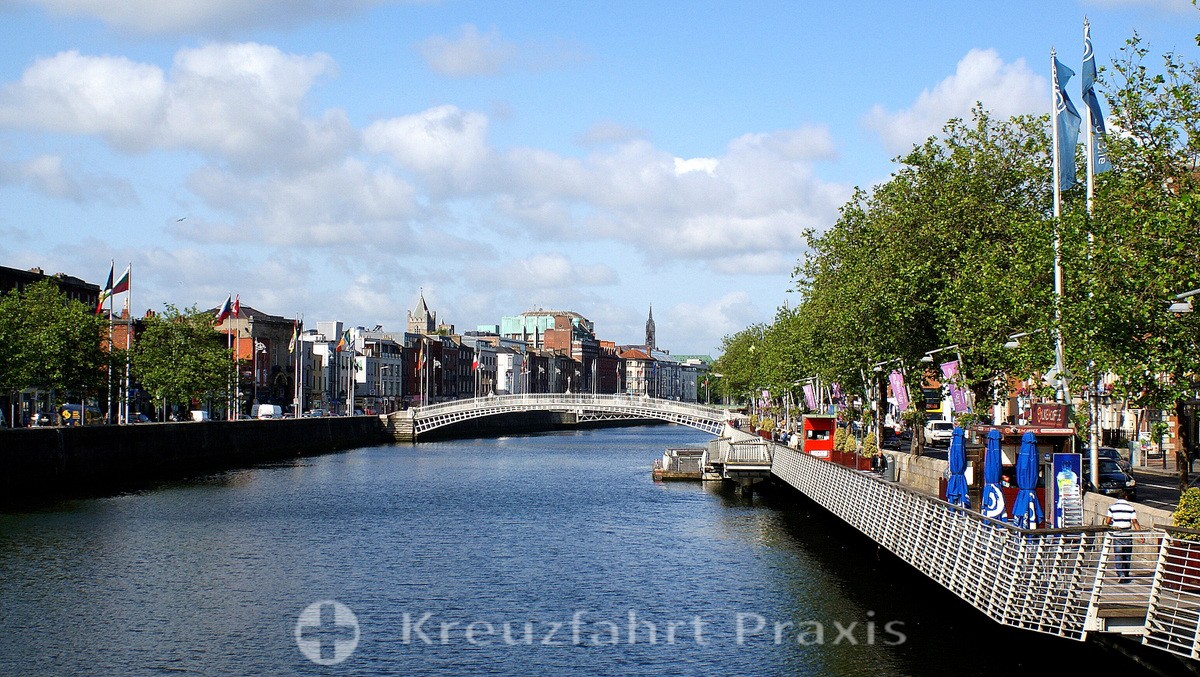 Dublin is home to writers like Samuel Beckett and Oscar Wilde, singers like Bono and Sinéad O'Connor and folk bands like The Dubliners. In addition, Dublin has been inextricably linked with the great tasting, dark Guinness beer and the Guinness Storehouse since 1759. 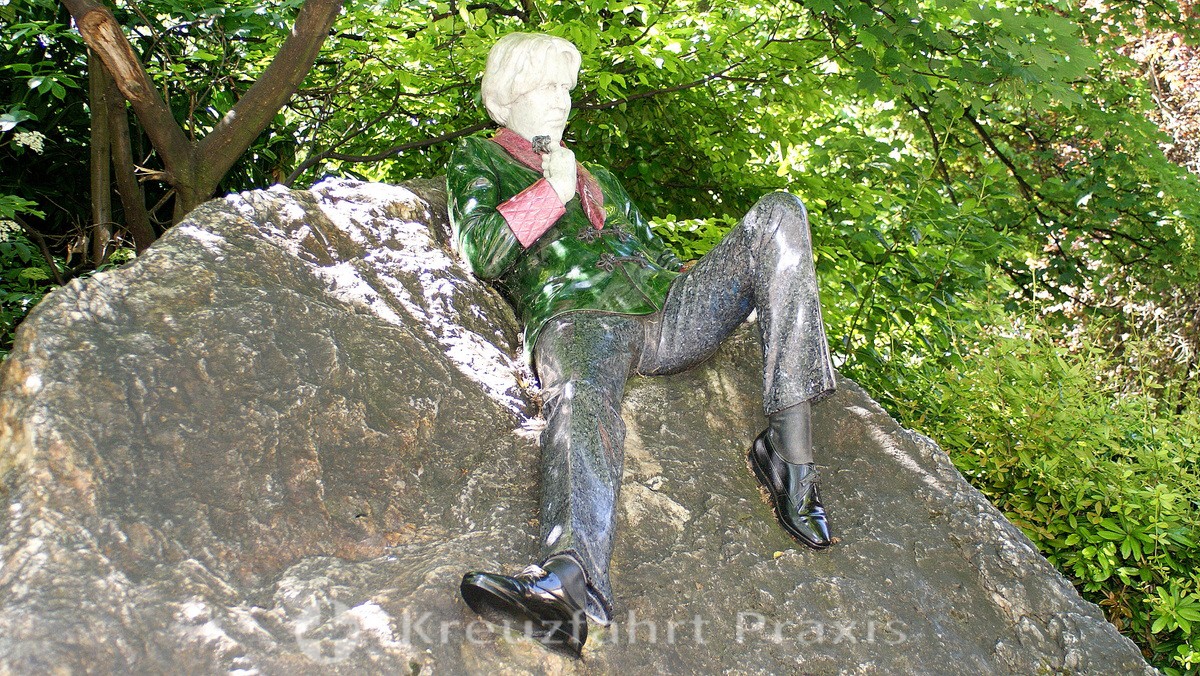 Dublin's past and present

Ireland and Dublin are of Celtic origin. As early as 140 AD, the Greek all-round scholar Claudius Ptolomäus mentioned the place Eblana Civitas, today's Dublin. From the 9th century on, Vikings ruled the Green Island. The Vikings were followed by Normans, and even later the country was united with the Kingdom of Great Britain. The merger lasted until 1922, when the Republic of Ireland declared its independence from the motherland and Dublin became the capital. 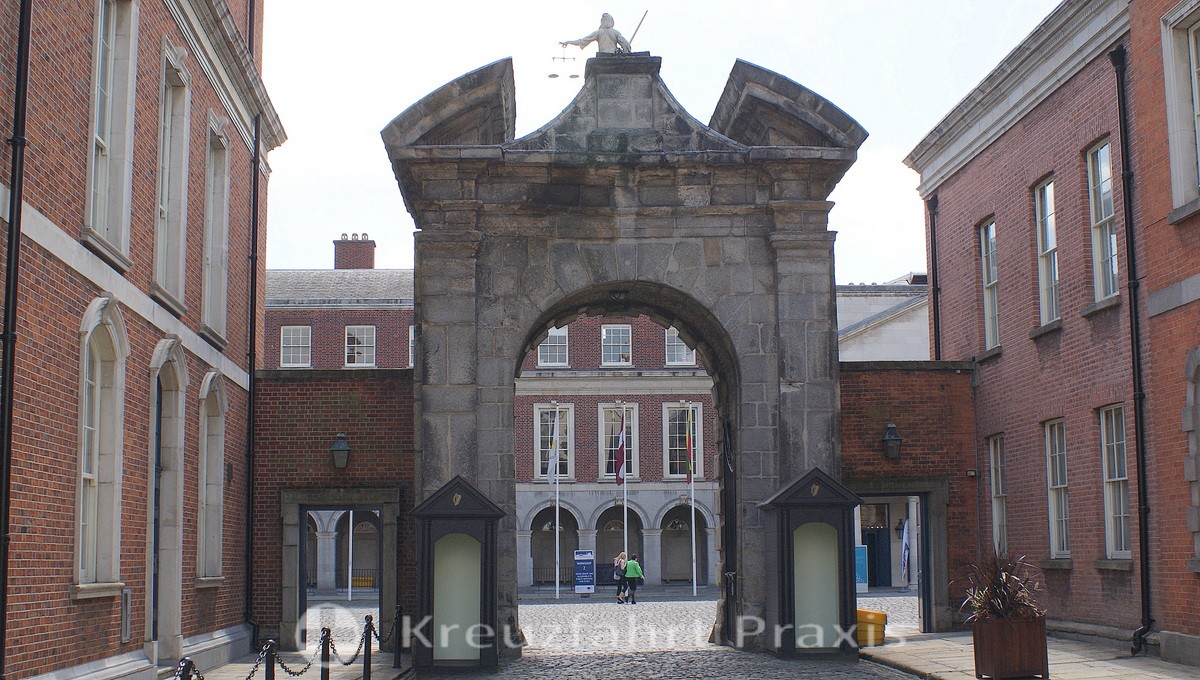 What does Dublin stand for?

Dublin is the political, spiritual and cultural center of the republic. Dublin is home to the government, the two Houses of Parliament and the Four Courts, the highest Irish courts. The Archbishops of the Roman Catholic and Anglican Churches reside in the city. Dublin is also Ireland's center of research and science and the center of cultural life. The city is the seat of several universities. 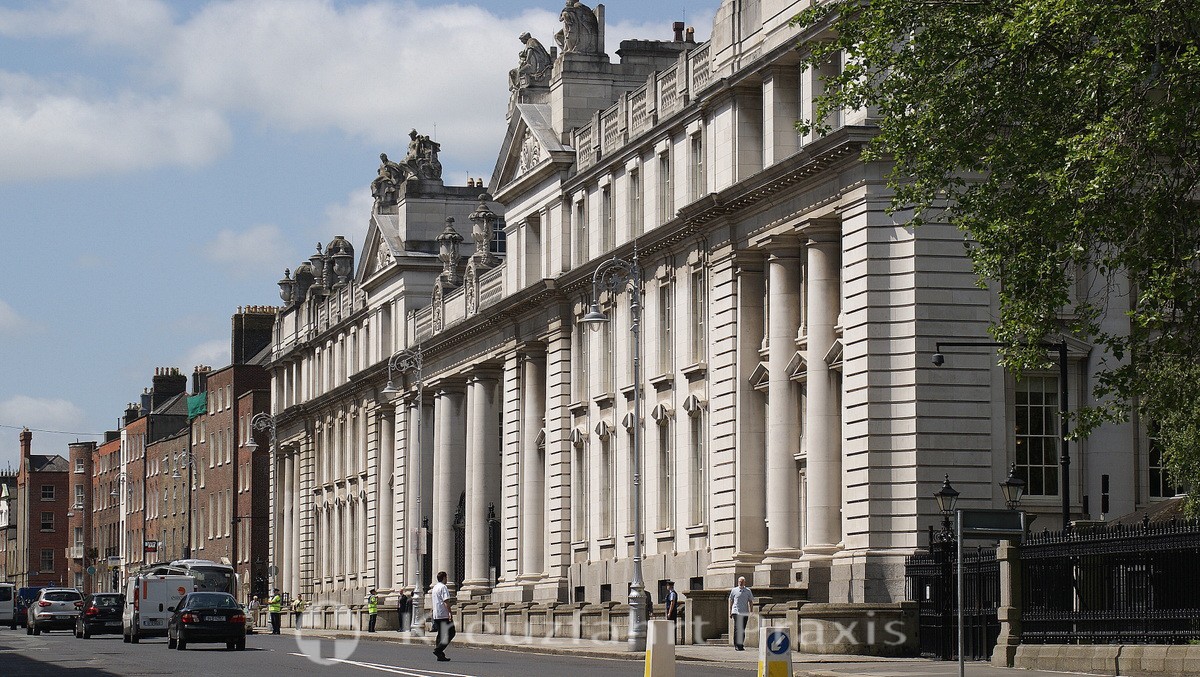 Main entrance to the Government Buildings

Since joining the EU, the city has developed into one of the most attractive locations for global corporations as a result of creative tax laws. The good infrastructure and well-trained employees also contributed to the success. IT and pharmaceutical companies in particular appreciate these location advantages. Dublin is a major financial center. International banks and insurance companies have locations in the city. There are probably only a few Europeans who don't know what to do with the names Michael O'Leary and Ryanair. Traditional Irish industries are brewing, dairy and tourism. 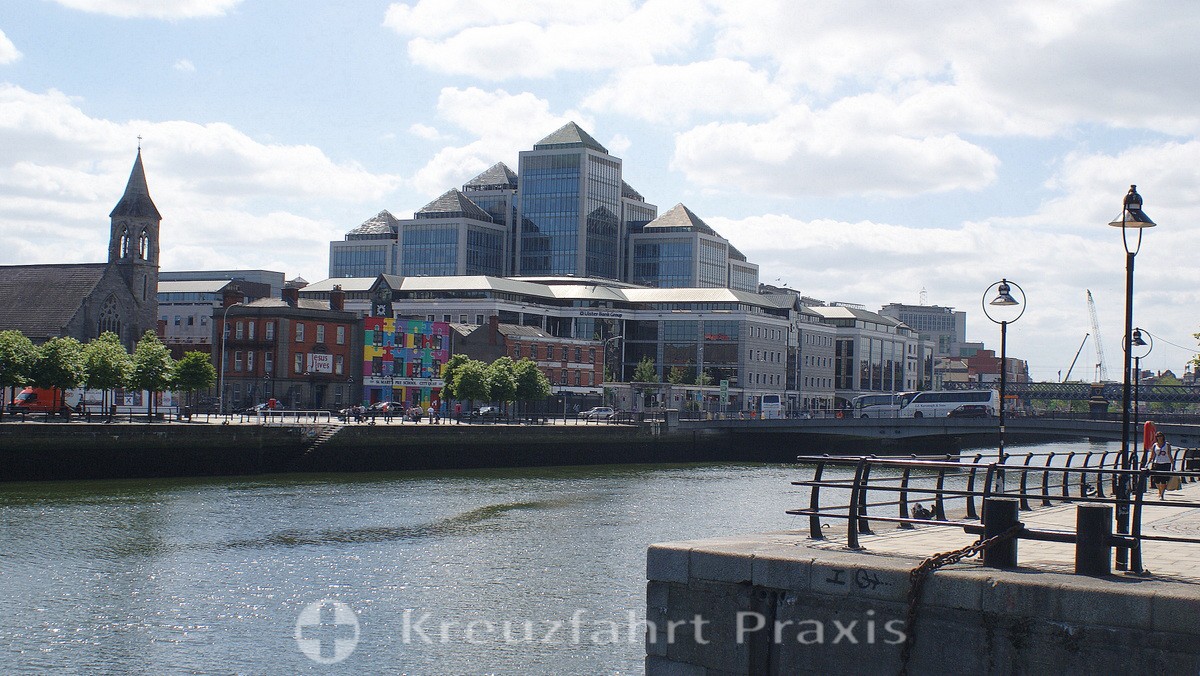 Despite its peripheral location in Europe, Dublin is an important transport hub. Dublin Airport handled almost 30 million passengers in 2017. Ferry routes to Great Britain operate from Dublin, and cruise ships from German and international providers call at the city's port. Well-known cruise brands with calls in Dublin include AIDA Cruises, Costa, MSC and TUI Cruises.

In 2019, Dublin's Port Authority recorded more than 130 calls by cruise ships. Some of the ships stayed overnight. It is planned to reduce the number of calls by cruise ships to around 80 calls a year. The reason for this is the increasing freight business. On the one hand this is understandable and on the other hand it is a shame, as we believe Dublin is one of the most liveable and lovable cruise ports. 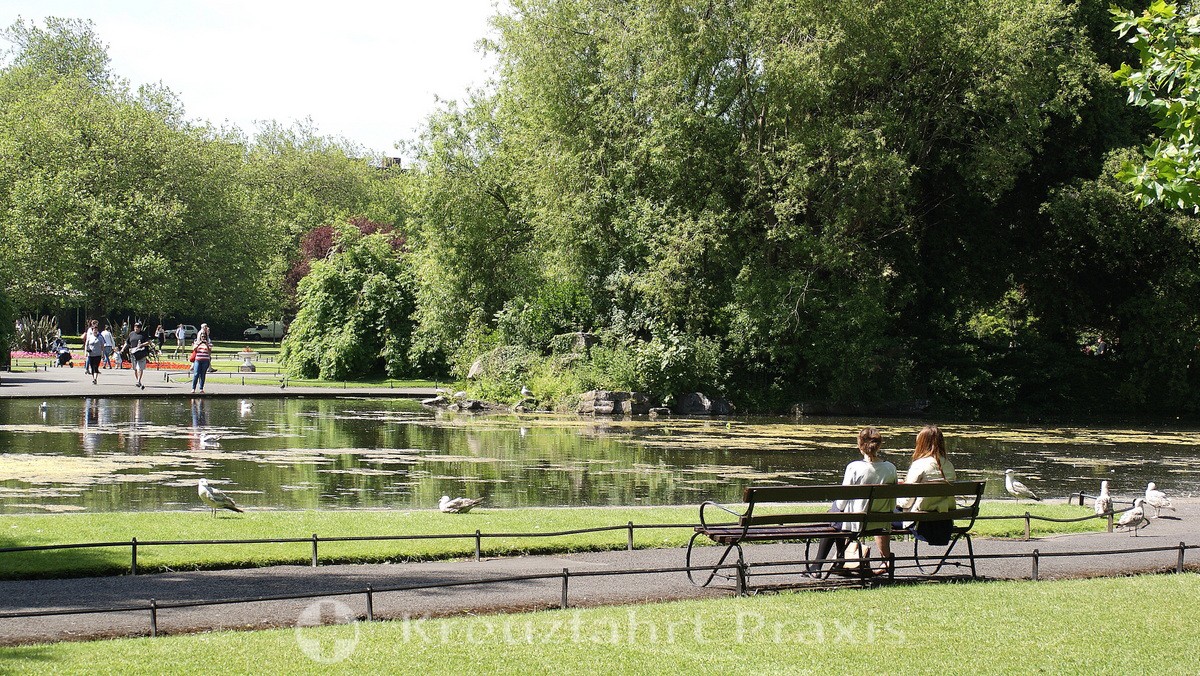 Under Dublin landmarks and One day in Dublin we introduce Dublin's attractions.