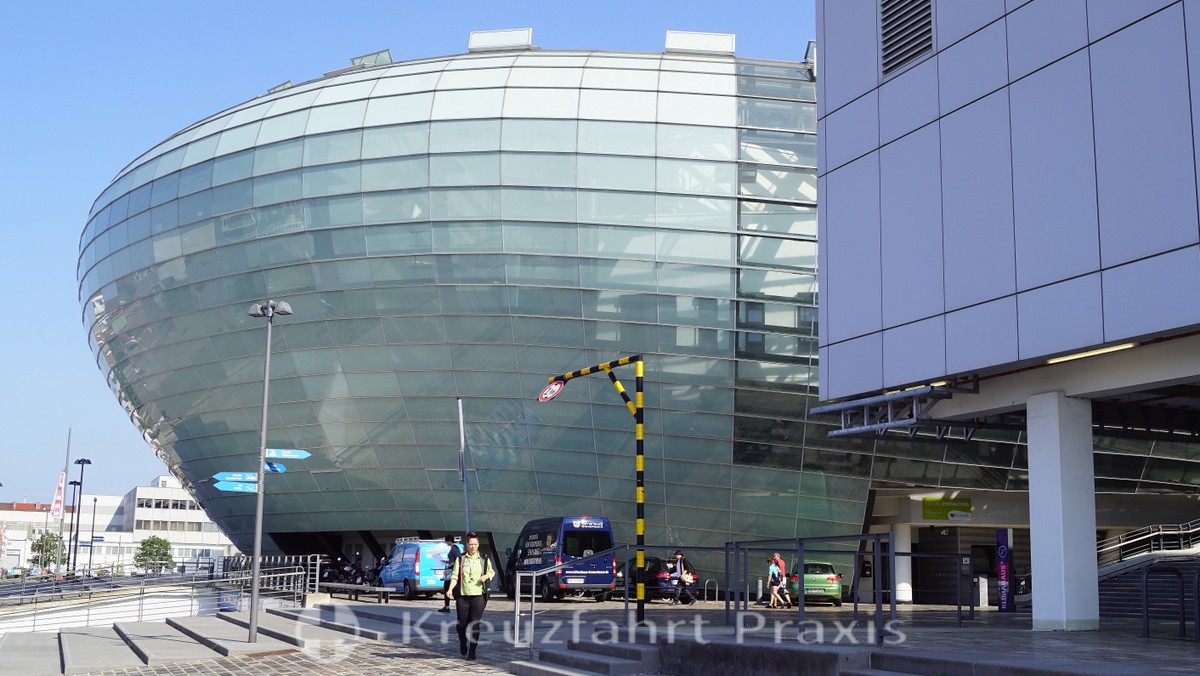 Bremerhaven is Bremen's outpost on the Weser just before it flows into the North Sea. The traditional port city is Germany's second largest seaport after Hamburg. Bremerhaven is also an industrial, service and knowledge location as well as a tourist destination with interesting attractions. 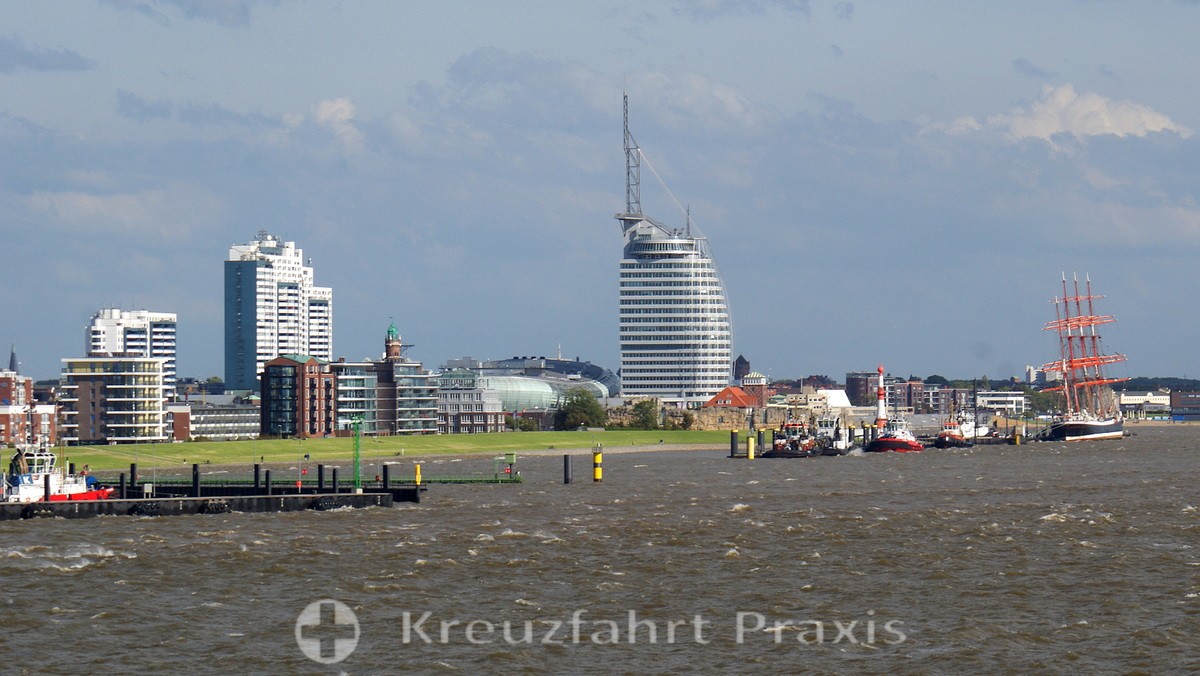 Bremerhaven seen from the ship

Bremerhaven's genesis cannot be precisely determined. After all, the surrounding communities were mentioned in a document in 1139. After the end of the Thirty Years' War, the region came under Swedish rule for several decades. The Kingdom of Sweden planned to build a fortress town called Carlsburg on the Weser. The project was not implemented.

After the end of the Swedish reign the ownership changed several times. Since 1827 the city has been an exclave of the Free and Hanseatic City of Bremen. The city suffered from the silting up of the port at the beginning of the 19th century. With the acquisition of Bremerhaven, Bremen secured a port expansion area near the North Sea. After a short construction period, the construction of the first port basin was completed in 1830. Today it is called "Old Harbor". In 1852 a second port followed with the “New Harbor”. 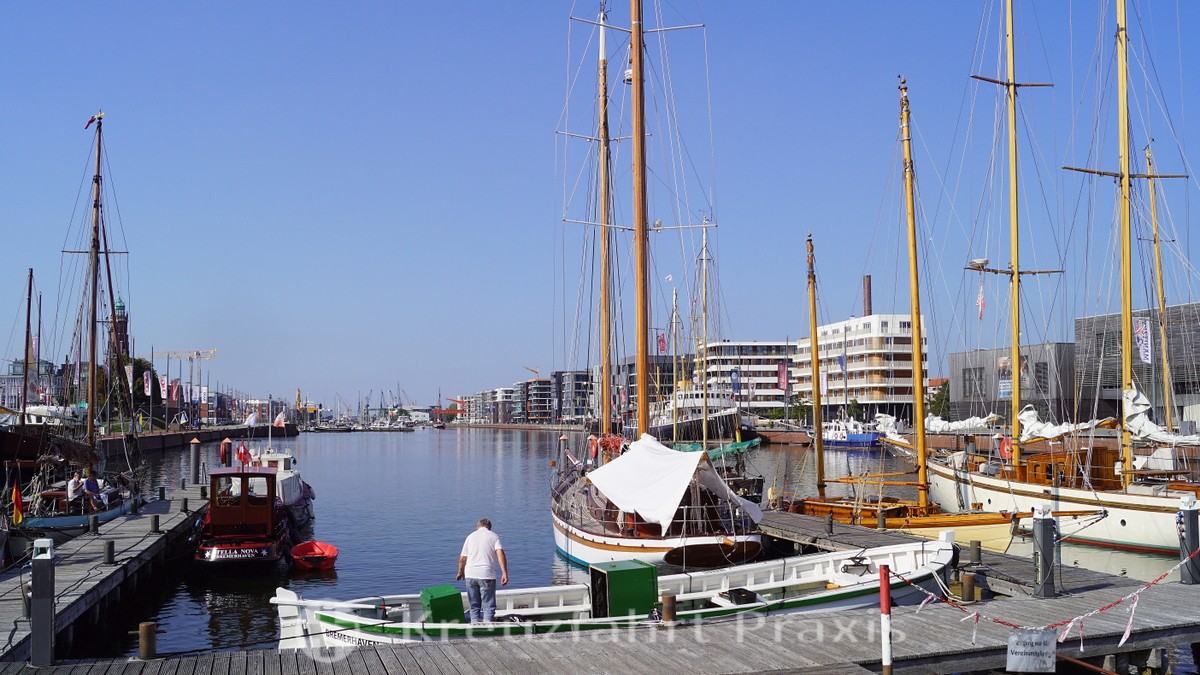 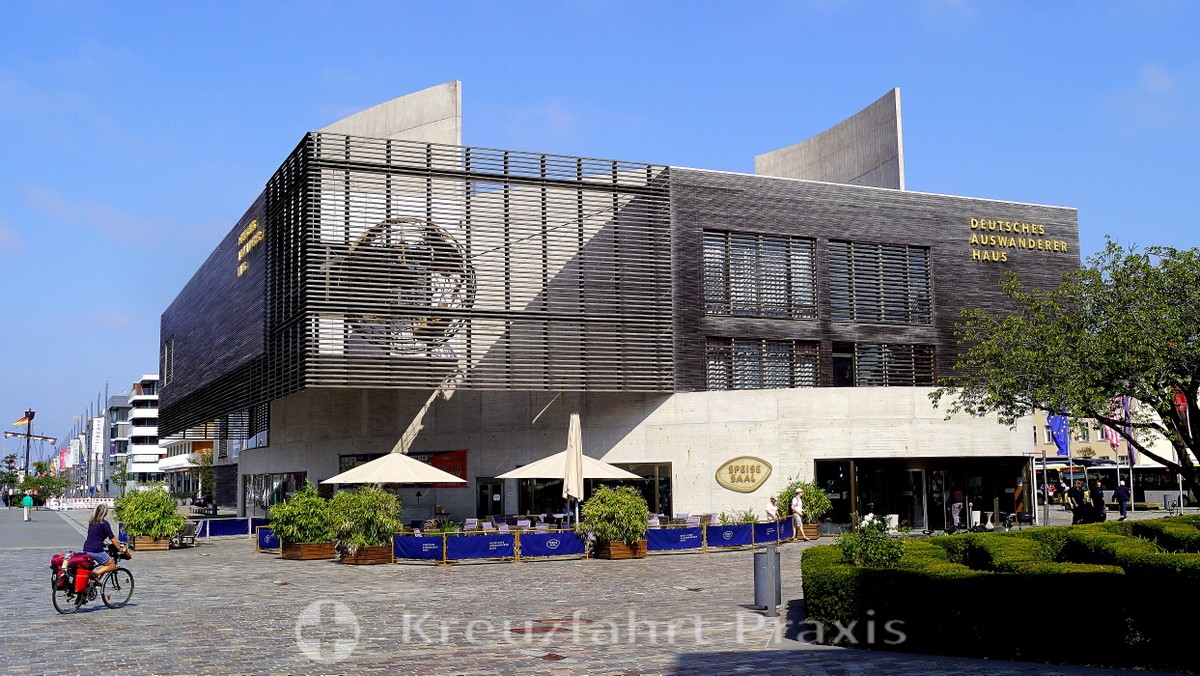 For a long time the city was Germany's most important emigration port. Between 1830 and 1974, more than seven million people emigrated via Bremerhaven. The Museum Deutsches Auswandererhaus and Bremerhaven's Columbuskaje are witnesses to this wave of migration. Later, with the advent of passenger traffic across the Atlantic, the city made a name for itself as a passenger ship port and shipyard location.

Bremerhaven - in the present

In September 1944 the city was badly hit by Allied bombing raids. Since the end of the war, the cityscape has lacked the historical facades typical of a port and trading city. After the war, the USA used the city as a European supply port. A curiosity on the side: On October 1st, 1958, Elvis Presley, “The King of Rock'n Roll”, went ashore in Bremerhaven to do his military service in Germany. A bronze plaque on Columbuskaje commemorates this event. 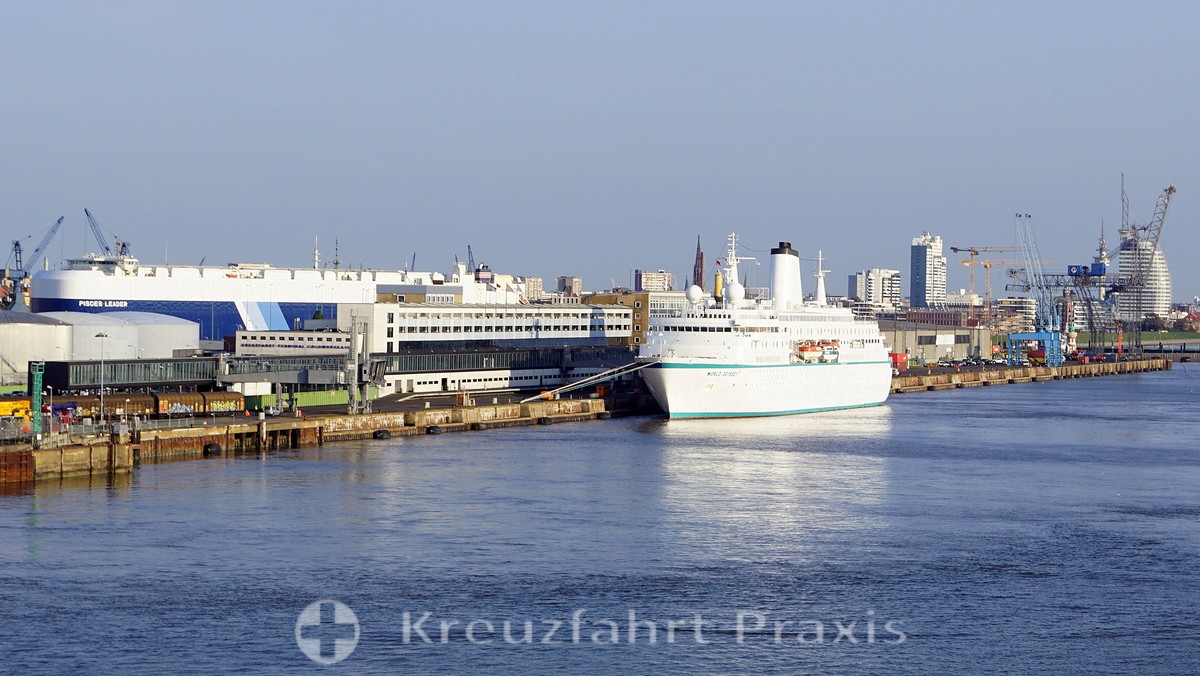 MS Germany at the Columbuskaje

The city has undergone significant changes since the end of the war. The port was always at the center of economic activity. The car terminal, for example, is of European importance. More than 2,3 million new vehicles pass through the port every year. 1.400 ships are used to transport the vehicles every year. 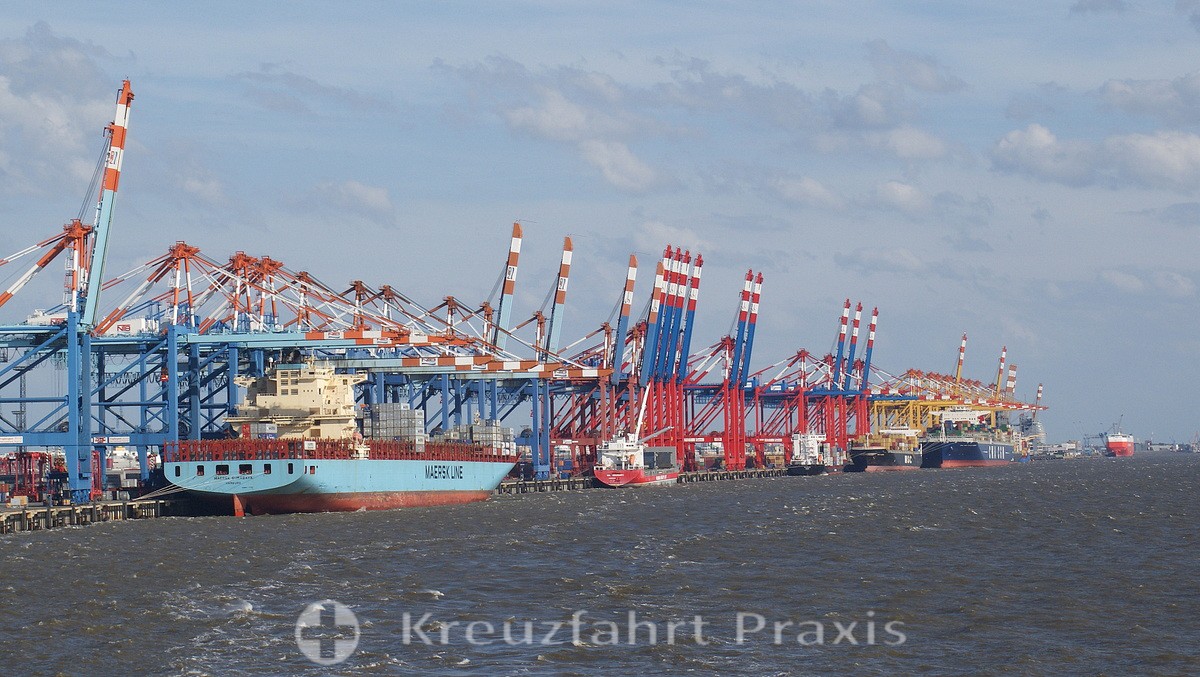 In addition to the port industry, the city is a recognized science location. New technologies, especially in the area of ​​climate protection, are promoted. There was also investment in tourism. Facilities such as the German Emigration Center or the Climate House make Bremen's outpost a tourist destination.

The city has long been a cruise destination. The modern, light cruise terminal is on the upswing. While the port only counted a few calls annually between 1990 and 2015, the passenger volume has increased in recent years. 2019 ship calls were reported for 111. 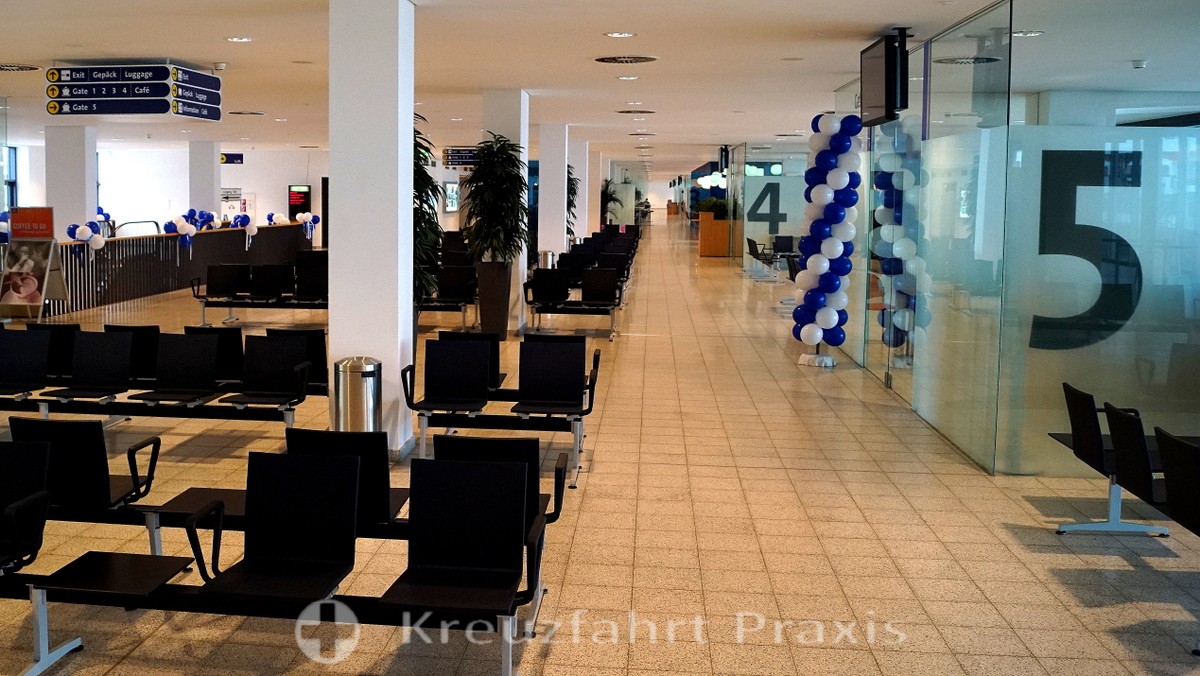 Bremerhaven is a manageable city. The essential Point of Interest & Sights reveal themselves to their visitors without any problems.