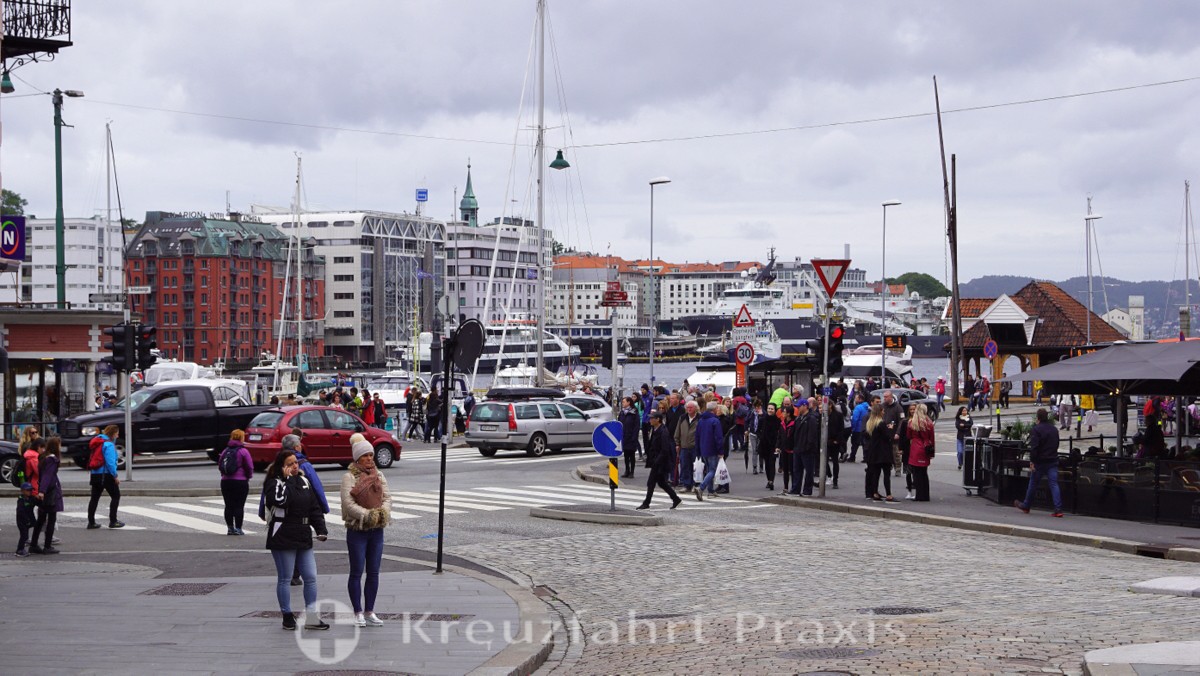 With more than 280.000 inhabitants, Bergen is Norway's second largest city. Surrounded by seven protective hills, the city is picturesquely situated by the natural harbor of Vågen. It is said that Bergen is the major European city with the most rainfall. The amounts given vary between 191 and 240 days. The statement is therefore not reliable. Regardless of the weather conditions, Bergen is not only an attractive travel destination for cruise ship guests. 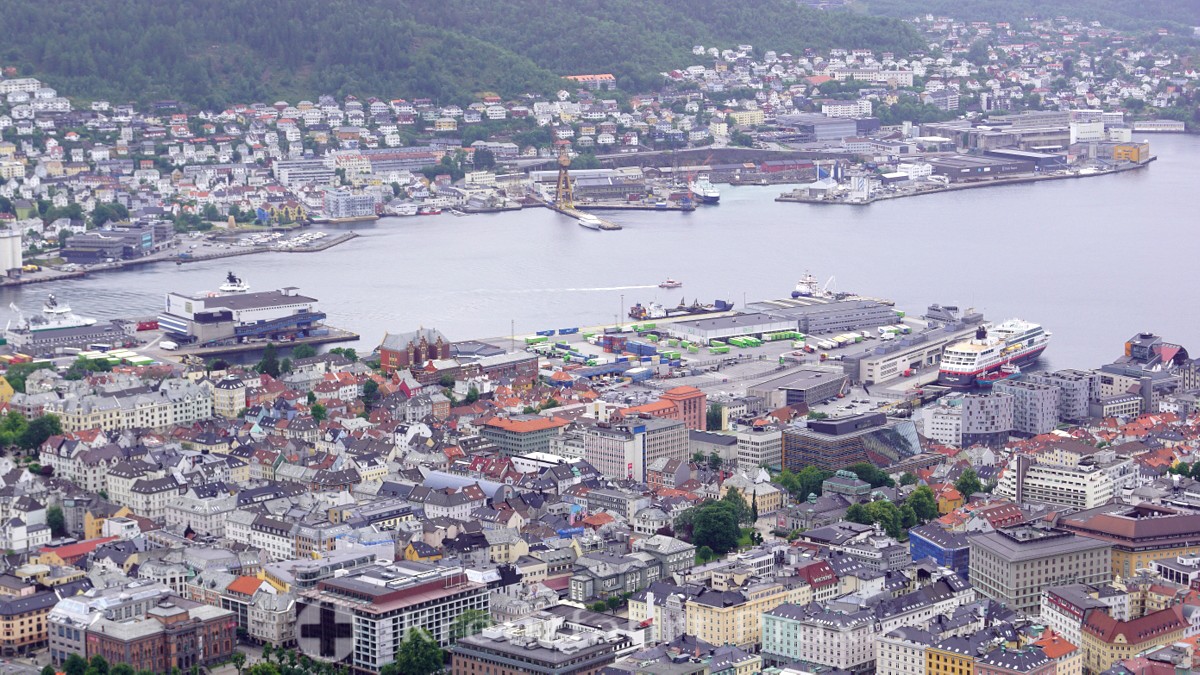 Bergen's harbor with the Hurtigruten quay

The city was founded in 1070. Bergen quickly gained importance as the seat of the Norwegian kings. Norway's kings were crowned in Bergen from the 12th century, long before that tradition passed to Trondheim. In 1360 the Low German Hanseatic League set up a Hanseatic office, the "Tyske Bryggen", in Bergen. As a result, the city quickly developed into one of the most important trading cities in Northern Europe. However, at no time was Bergen a Hanseatic city. The trading activities contributed to the fact that Bergen was around 1600 with around 15.000 inhabitants, the largest city in the entire Nordic region and at the same time Norway's most important port. It stayed that way until the end of the 18th century. 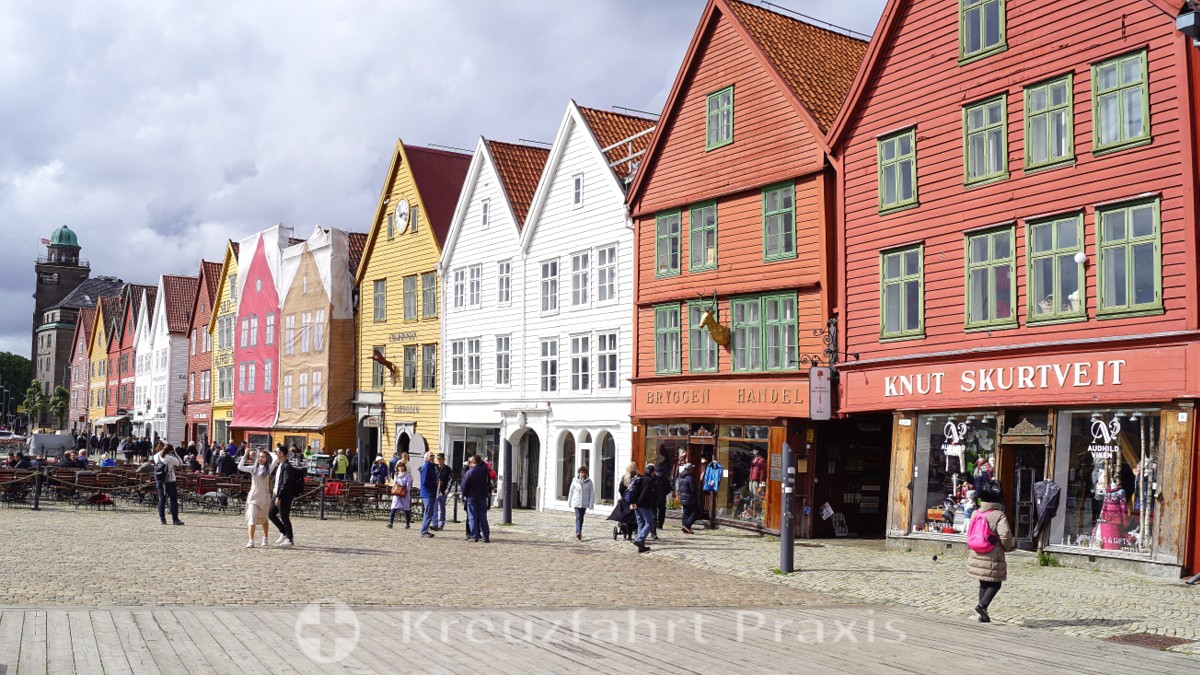 The Hanseatic League has long been history; However, Bergen continues as a regional center. The city participates in particular from the port. It is one of the most important ports in the country. The maritime industries and Norwegian oil production in the “Troll gas field” 100 kilometers away are essential for the location. Mechanical engineering, steel production and electrical engineering are further industrial pillars. The fish industry with its diverse aquacultures is also worth mentioning.

Additional sources of inspiration are tourism, trade, finance, media and culture. Bergen is the administrative center of the province of Hordaland and the location of several colleges and a university. 25.000 students live in the region.

Bergen - starting point of the post ships and cruise destination

The city is the "gateway to the fjords". Hurtigruten's liner ships run regularly from Bergen to Kirkenes in Northern Norway. In addition, Bergen has developed into an important cruise destination in Norway. In 2019, around 330 cruise ships with 600.000 passengers were expected. 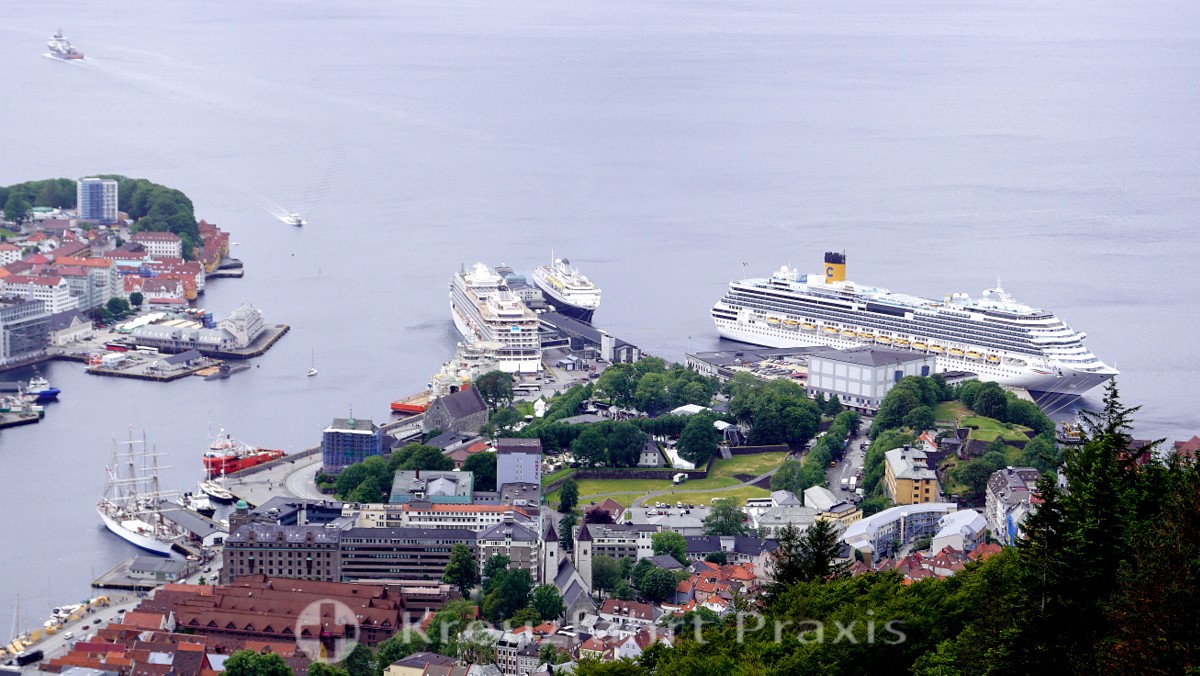 The popular Bryggen district has been a UNESCO World Heritage Site since 1979. In addition, Bergen was the “European Capital of Culture 2000”. The city owes this award not least to its famous sons Edvard Grieg, Ole Bull and Harald Sæverud, all composers and musicians. 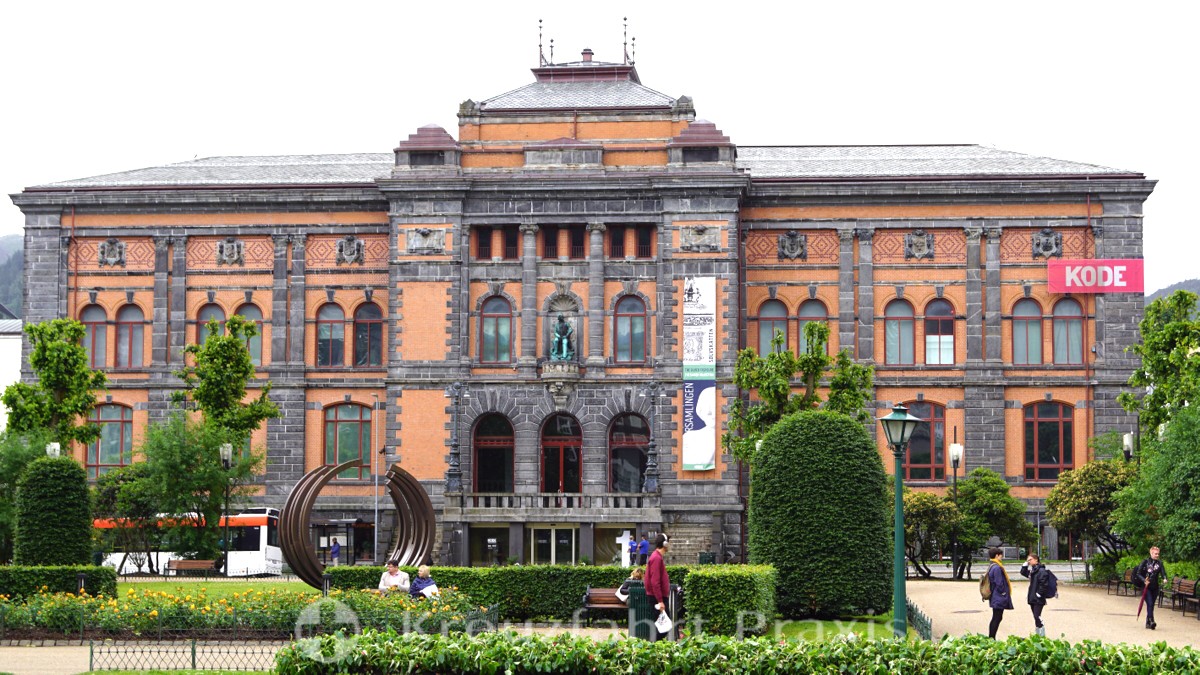 In addition to Bryggen, all other city attractions are within walking distance of the cruise ship. We report on the attractions of Bergen at Bergen sights . By the way: In 2017 the readers of the travel magazine “Condé Nast Traveler” voted Bergen one of the “best cities in Europe”.