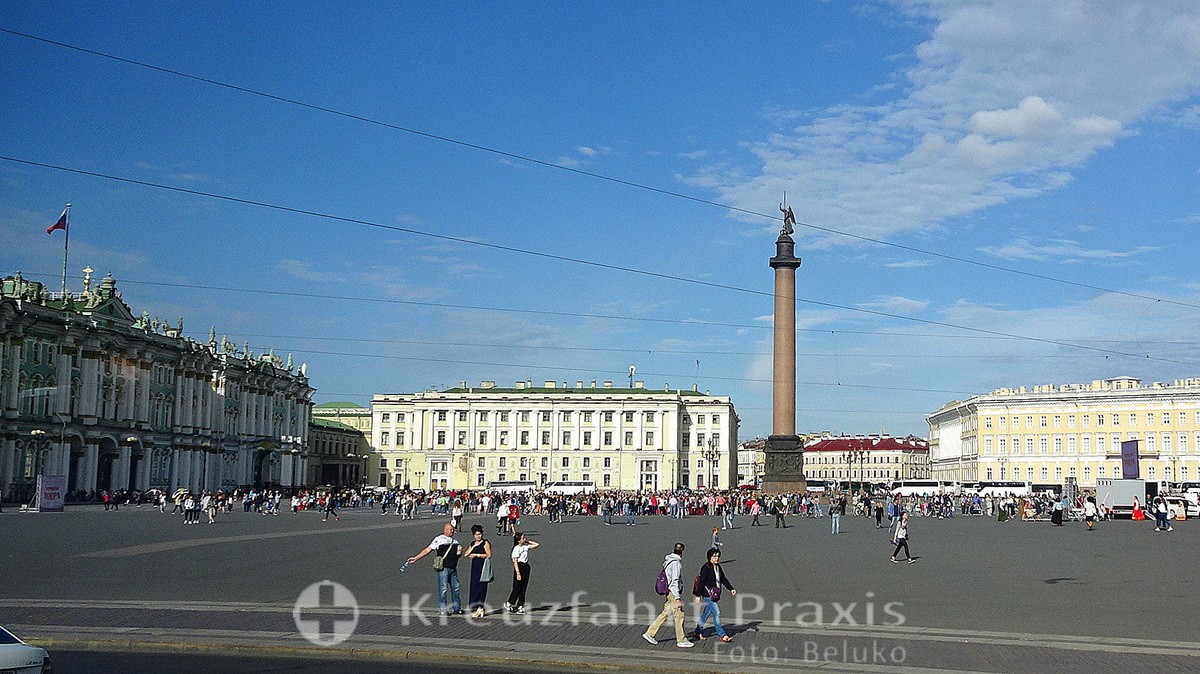 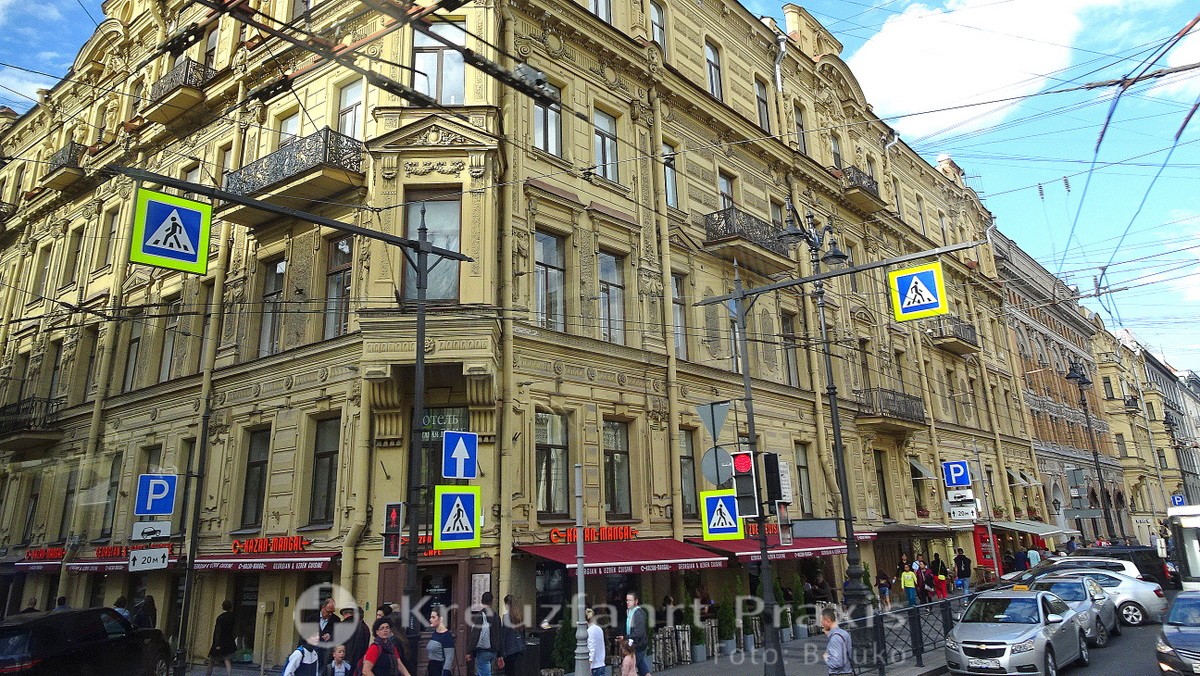 In the center of Saint Petersburg

The name of the city is derived from the apostle Simon Peter, the patron saint of Tsar Peter the Great. From 1703 he built a capital in the swampy area of ​​the Neva estuary. It should secure Russia's access to the Baltic Sea and at the same time surpass Europe's metropolises in gloss. Tens of thousands of serfs were recruited to build the city. Thousands of workers lost their lives under the difficult working conditions. The best architects and famous artists in Europe were involved in the design of the city. 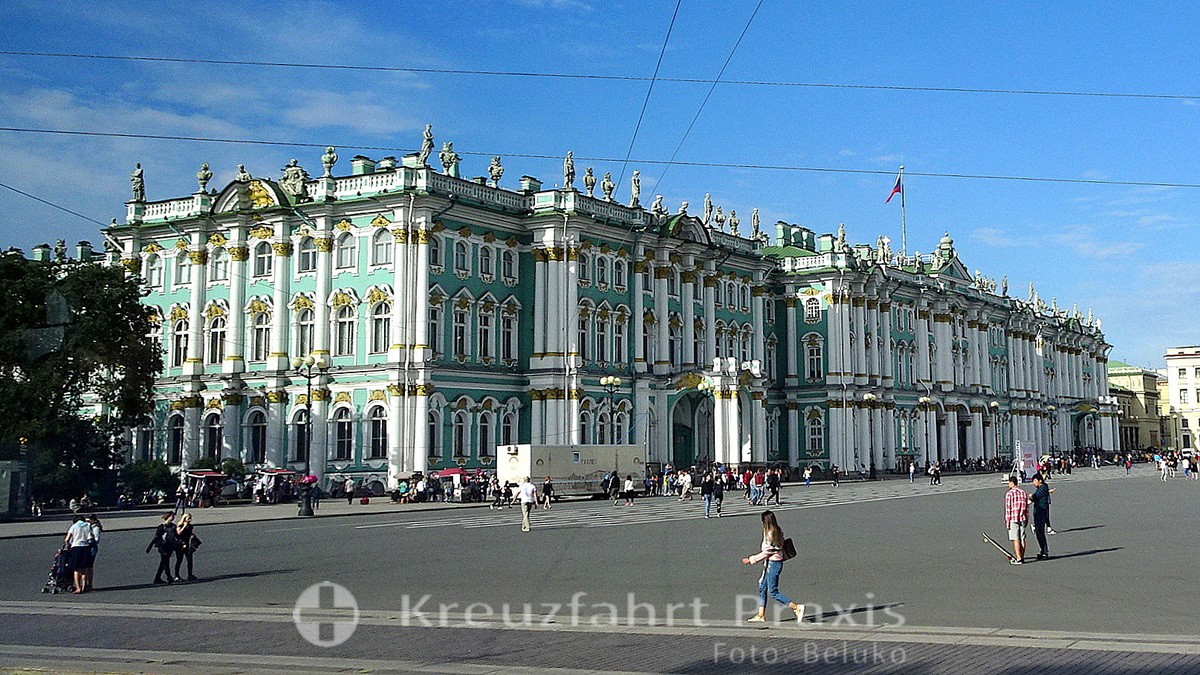 As early as 1712 the construction work had progressed so far that Saint Petersburg was declared the capital of the Russian Empire instead of Moscow. Saint Petersburg remained the seat of government until 1918, apart from a brief turning point between 1728 and 1732. The city experienced its heyday in the first half of the 19th century. During that time, 2.300 magnificent buildings were built that still characterize the city center today. The historic center was declared a UNESCO World Heritage Site in 1991. 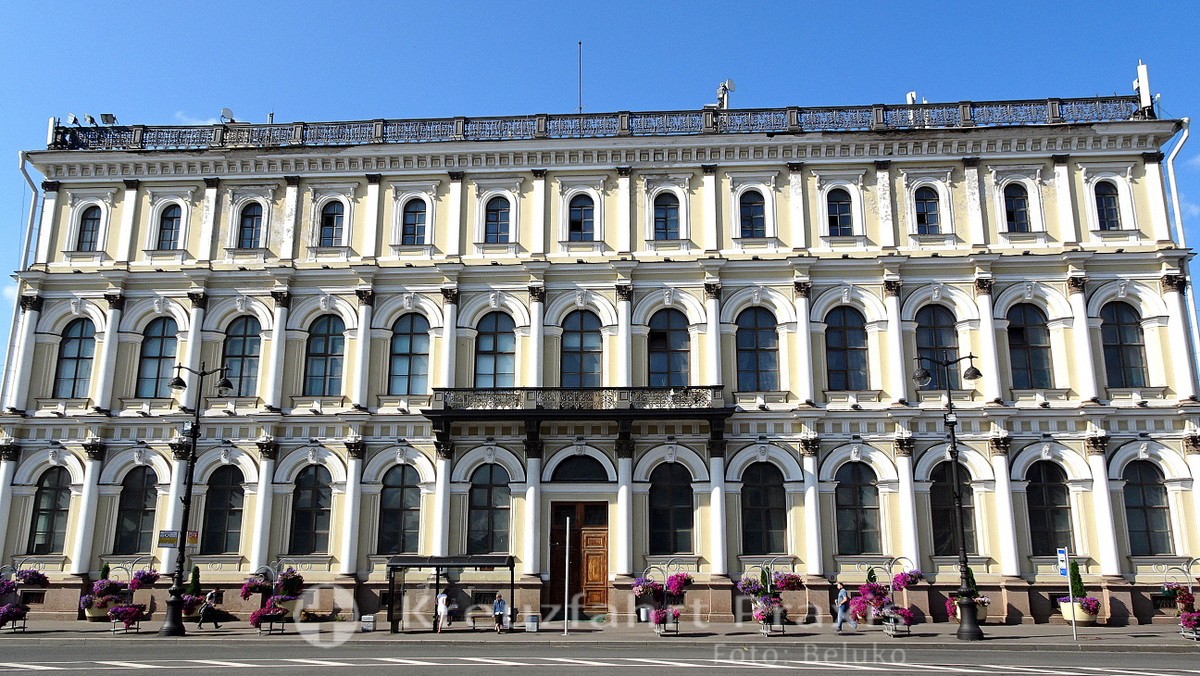 During the Second World War, Leningrad was besieged and starved by German troops for more than two years. Millions of residents and soldiers lost their lives during the siege. The destruction of the city was extreme. After the war ended, most of the historical buildings were quickly restored and new parts of the city were opened up. 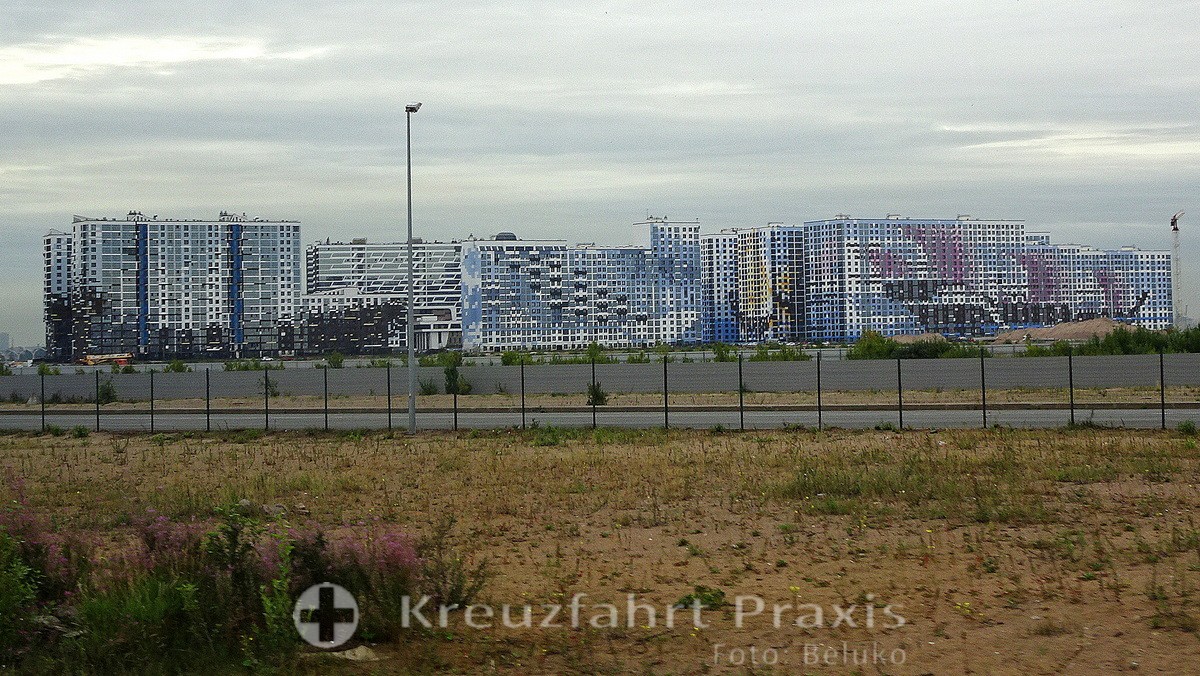 Saint Petersburg is an industrial metropolis of standing. The heavyweights are shipbuilding and mechanical engineering. Electronic and medical technology products are also of concern. Other important branches of the economy are information technology, the service sector and tourism. Saint Petersburg is Russia's window to the West and the location of many international corporations. 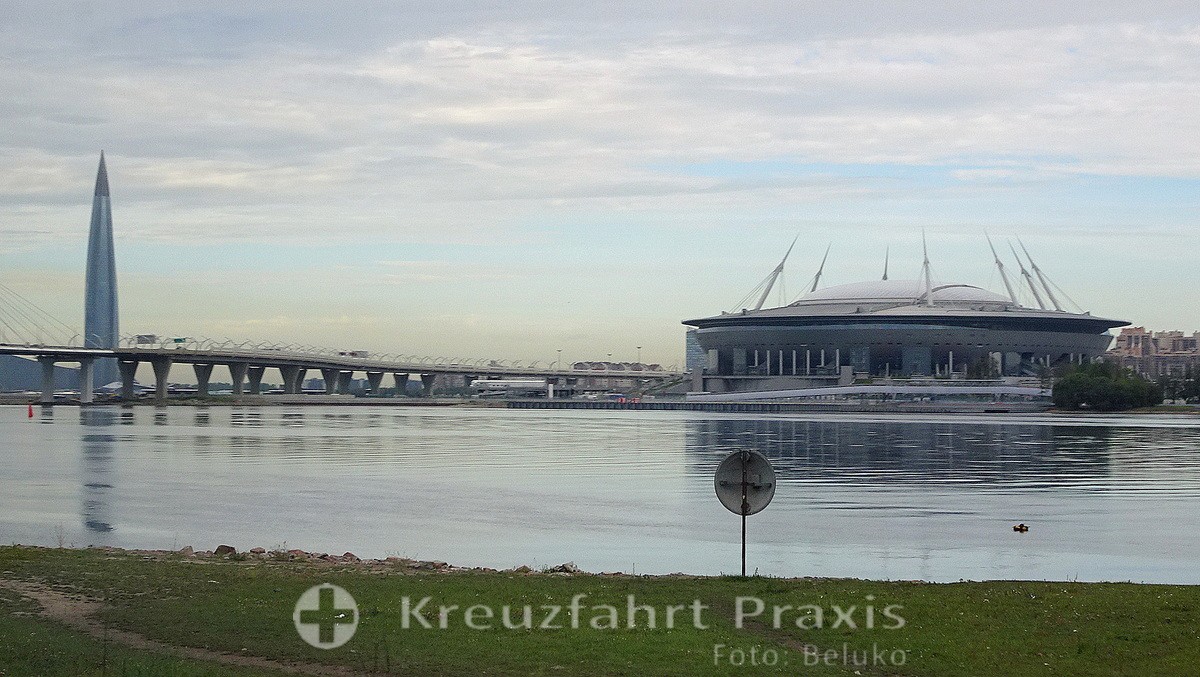 More than 120 universities, colleges and technical colleges are based in the megacity. The museum landscape is varied and colorful; the city has more than 200 museums and countless galleries. Saint Petersburg's theaters and concert halls are diverse and some of them have world renown. 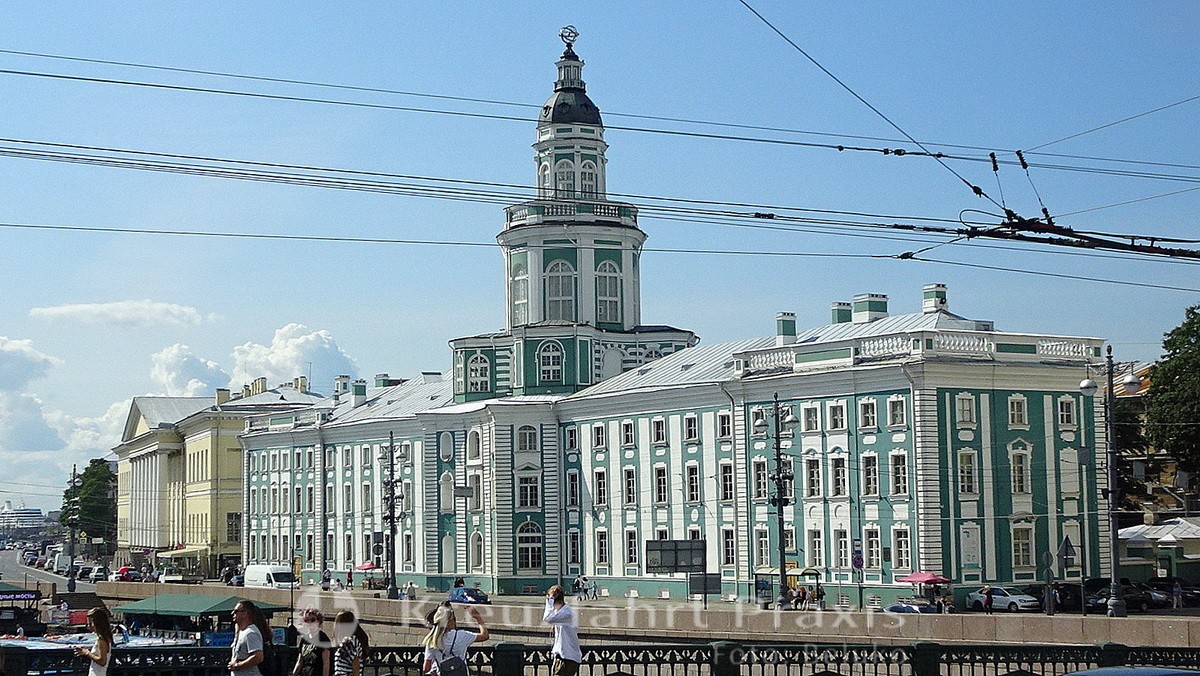 Saint Petersburg is for sure the highlight of a Baltic cruise. The Neva River divides the city, which is criss-crossed by many canals. Large cruise ships dock outside at the two cruise terminals on Vasilyevsky Island. Small ships lie into town on the English Shore near the Blagoveshchensky Bridge. 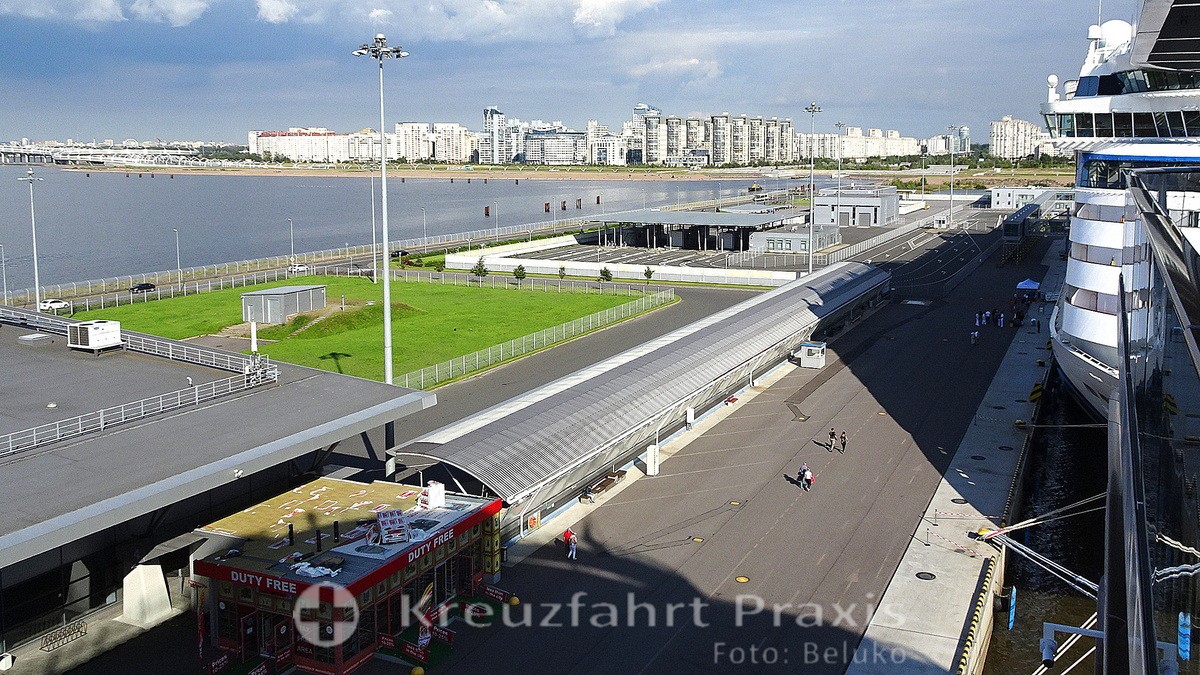 At the Saint Petersburg cruise terminal

A variety of organized excursions are offered to passengers in Saint Petersburg. Individual tours have also been permitted since October 1, 2019. With the decree of the Russian Federation of July 18, 2019, the entry requirements for foreign guests were relaxed from October 1, 2019. For business, tourist or humanitarian purposes, free electronic visas are issued for short stays of up to eight days. German citizens participate in this regulation. The website for issuing visas is: http://electronic-visa.kdmid.ru. As a result of the corona pandemic, the issuing of e-visas is currently suspended. We describe the main attractions of the city under Saint Petersburg sights