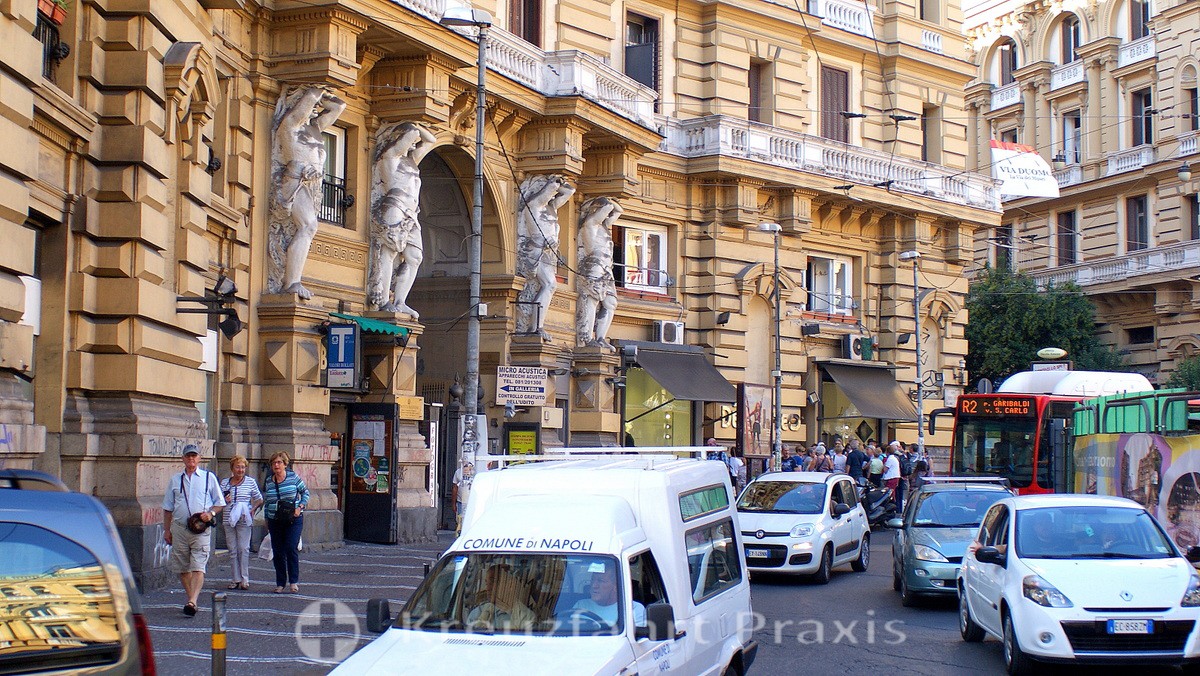 Naples, the third largest city in Italy, is home to more than 958.000 people (official 2020 estimate). Naples is the capital of the Campania region, which has more than 5,7 million inhabitants. The region is located in southwest Italy. In addition to Naples, Campania has famous tourist destinations such as Amalfi, Pompeii or Salerno.

We recommend taking the funicular up to the Sant'Elmo fortress to enjoy the incomparable panorama of Naples from above. The city is picturesquely situated on the wide bay of the Gulf of Naples. Eye-catchers of the bay are the islands of Procida, Capri and Ischia. In the southeast of Naples the 1281 meter high Vesuvius towers up. Its eruptions once buried the cities of Pompeii and Herculaneum. 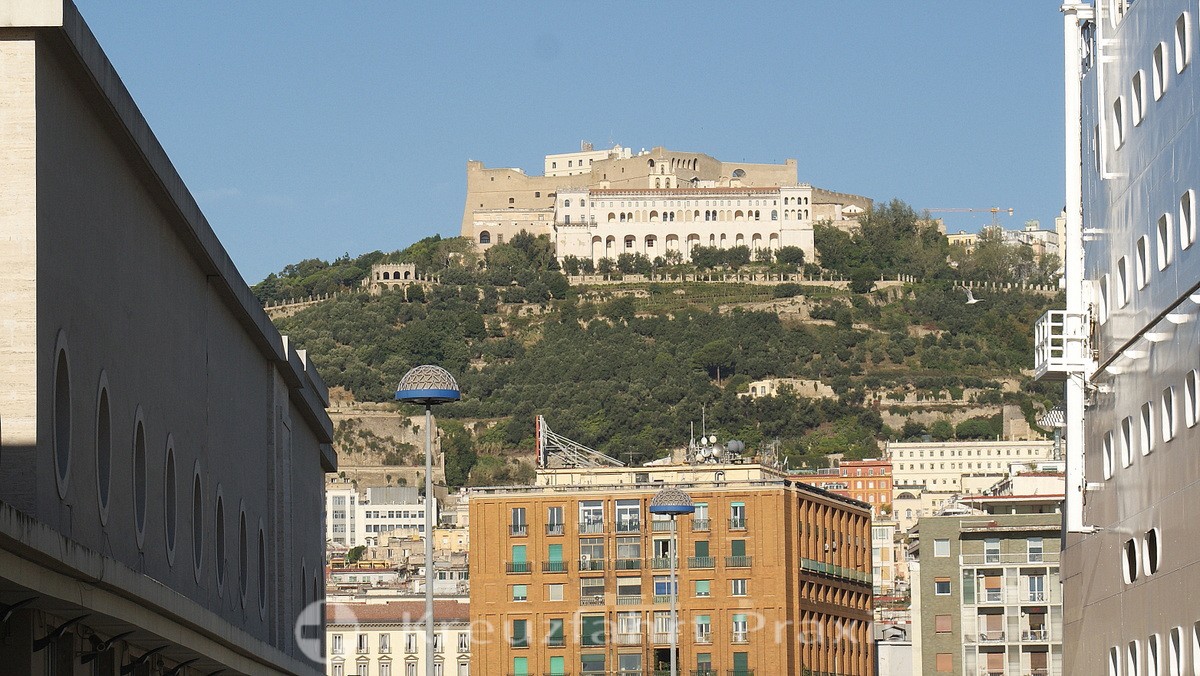 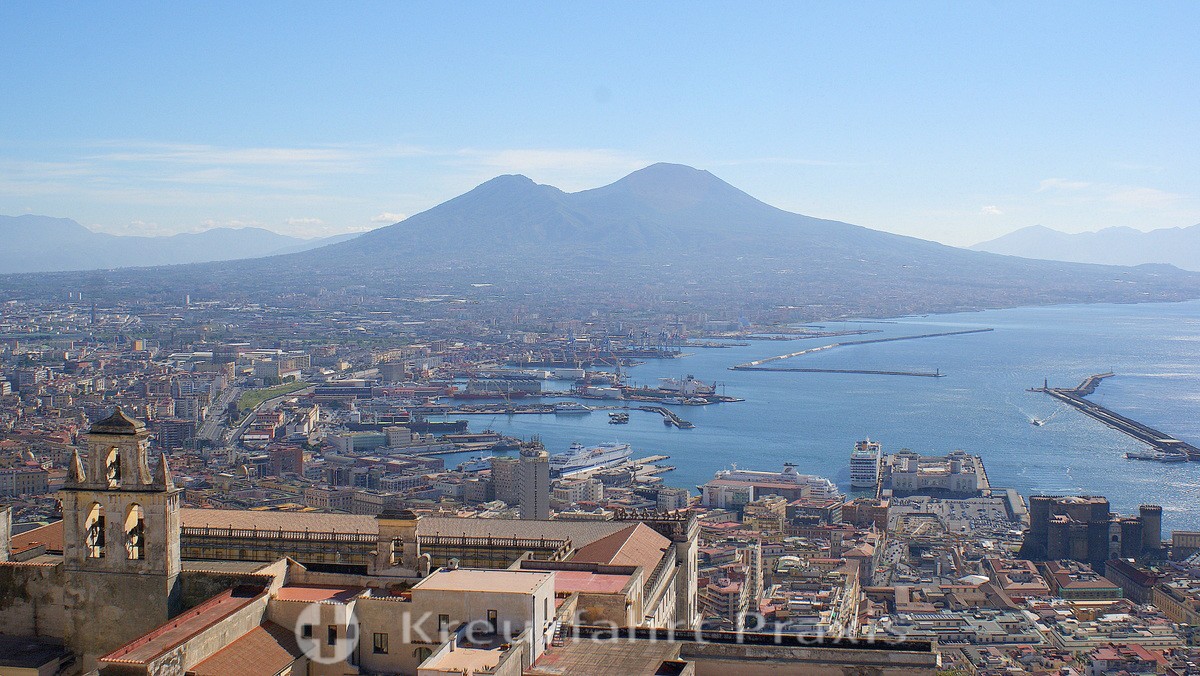 In 1995 UNESCO put the Centro Storico, the historic center of Naples, on the World Heritage List. Old representations and descriptions show that the city was one of Europe's most beautiful cities well into the 18th century. In the book “Italian Journey” in 1787 Johann Wolfgang von Goethe quoted the Neapolitan saying “Vedi Napoli e poi muori”. In German: "See Naples and die". The poet-prince was deeply moved by the location and the beauty of the city.

Since Goethe's visit, the situation has changed considerably. Huge satellite towns now stretch out at the gates of Naples. In the center, the historic old town, a dense building style with narrow alleys and busy streets dominates. The sacred and public buildings often seem neglected. This also applies to many private houses. Naples exudes a morbid charm that we as visitors cannot escape. 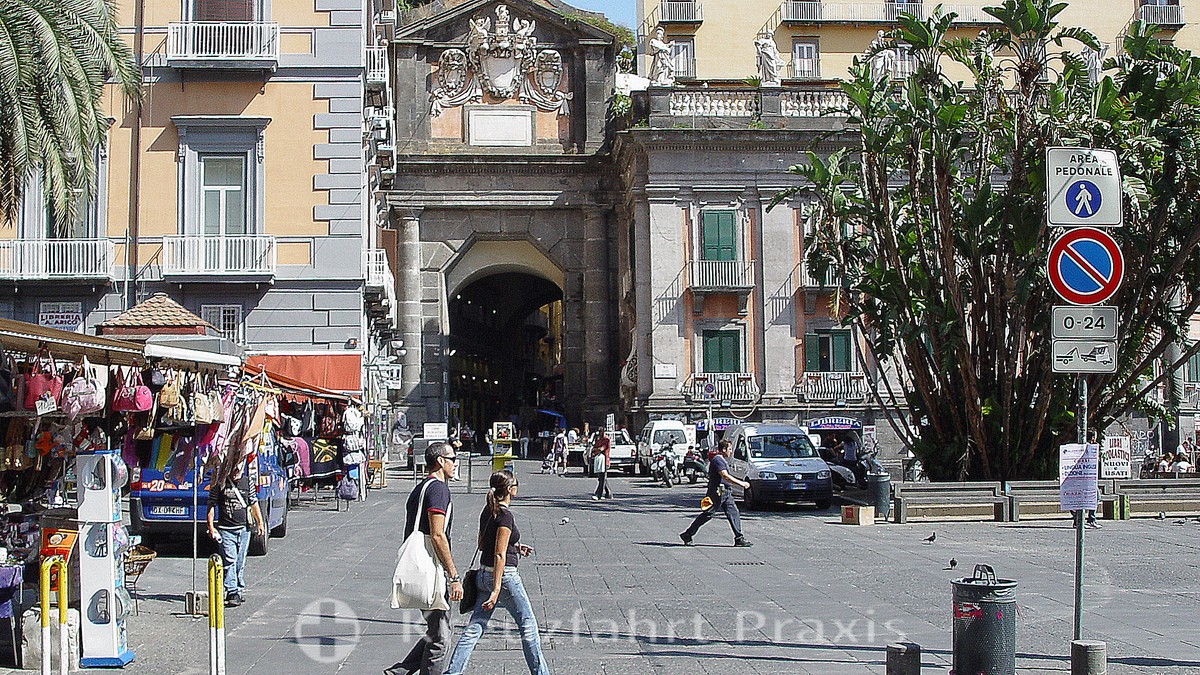 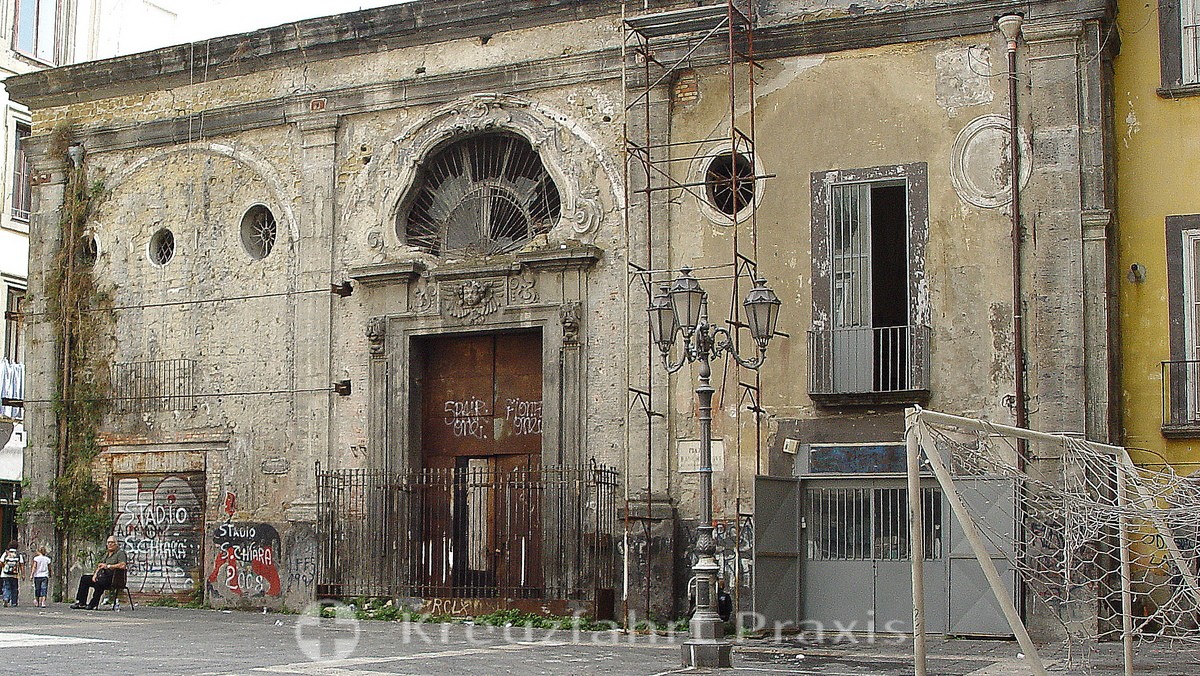 Naples - marked by the ravages of time

Naples' history has been shaped in many ways by foreign rule and oppression. Greeks founded the city around 700 BC. The region was previously settled by ethnic groups who immigrated from the north. The Greek phase was followed by the rule of the Romans, the Goths, the Lombards and the Normans. The Hohenstaufen, the Habsburgs and the Bourbons also filed property claims on Naples. In 1861, the people of Naples joined the Kingdom of Italy. 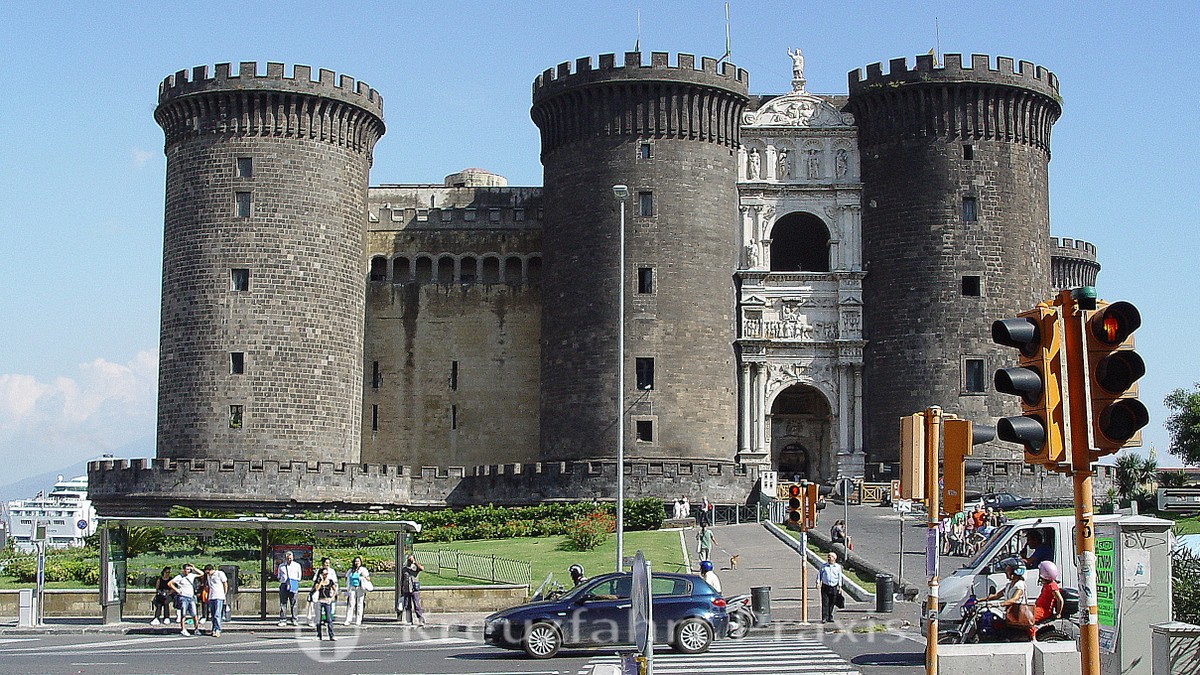 In a national comparison, the Campania region is one of the economically weak regions. The Naples Chamber of Commerce names only a few companies with more than 500 employees. Small and medium-sized enterprises dominate the market. However, because of its size alone, Naples is one of the economic centers of Italy. The port of Naples is of considerable importance for the entire region. In addition to public services and administration, the service sector is growing.

Naples - the cultural center of the region

Naples has six universities and several colleges. The University of Naples was founded in 1224. With the National Library, the city has the third largest state library after Rome and Florence. Various museums, including the famous picture gallery of the Museo Nazionale di Capodimonte, several theaters and important churches made Naples the cultural center of the region. 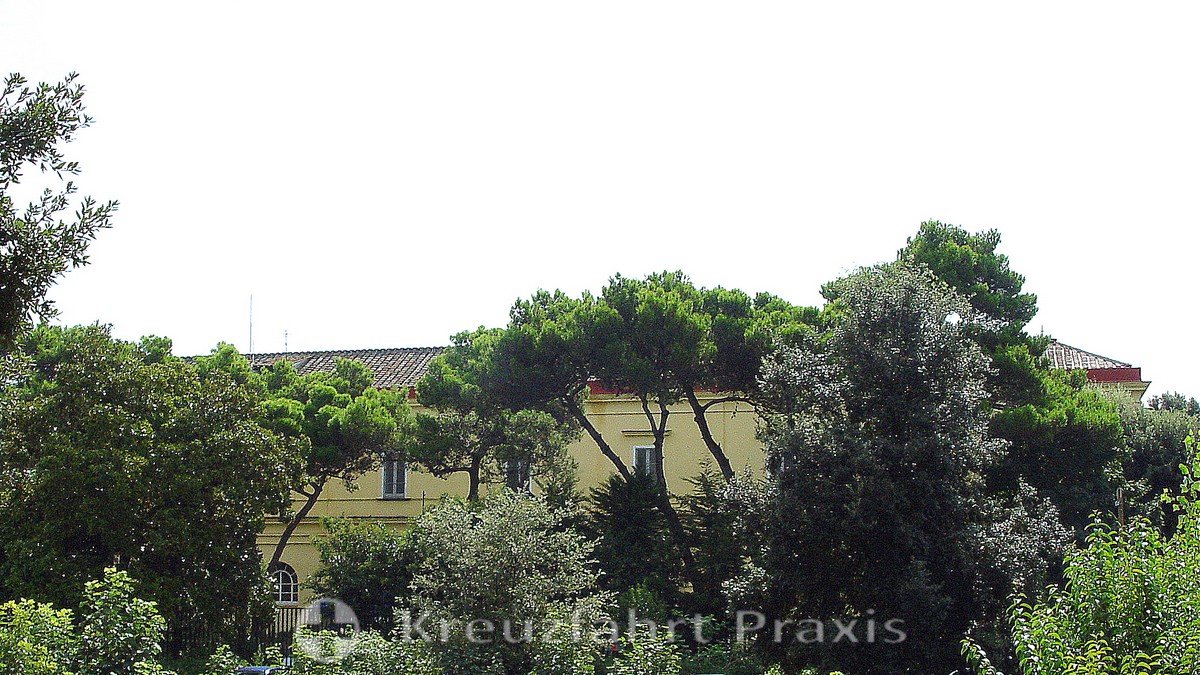 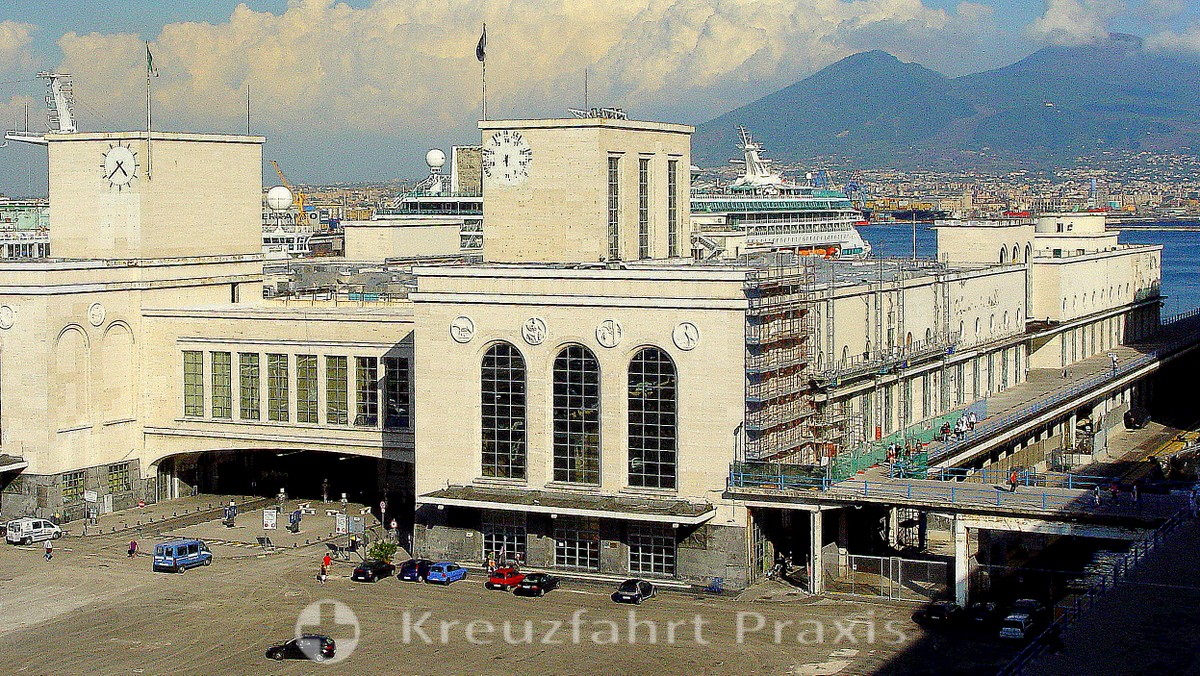 Naples - destination of the cruise ships

The cruise terminal, the Molo Angioino, is in the heart of the city. Most of Naples' attractions can be reached on foot or by public transport. The terminal supplies up to seven cruise ships at the same time. In 2019, Naples' port authority reported 457 visits from cruise ships. 1,36 million cruise tourists came to Naples with the ships.