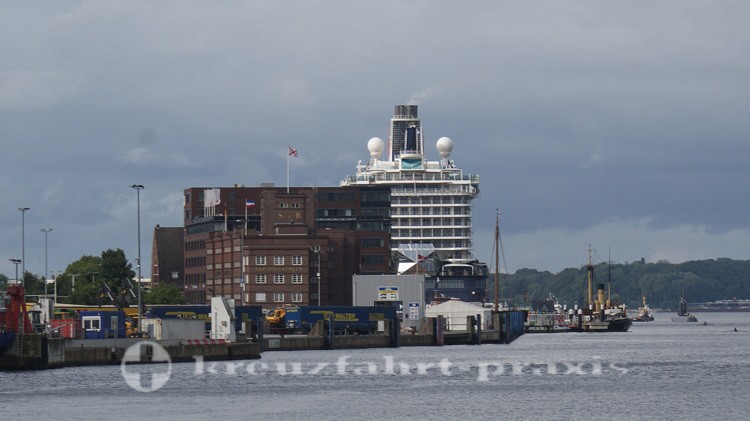 Kiel is the largest city and at the same time the capital of the federal state of Schleswig-Holstein. In addition, Kiel is the most northerly major city in Germany. In 2019, the number of residents was close to 247.000. A first settlement was founded in the 13th century under the name Holstenstadt tom Kyle. Tom Kyle means something like "on the fjord". The name aptly describes the location of Kiel on the bay of the Baltic Sea, the Kiel Fjord, which extends far into the country. 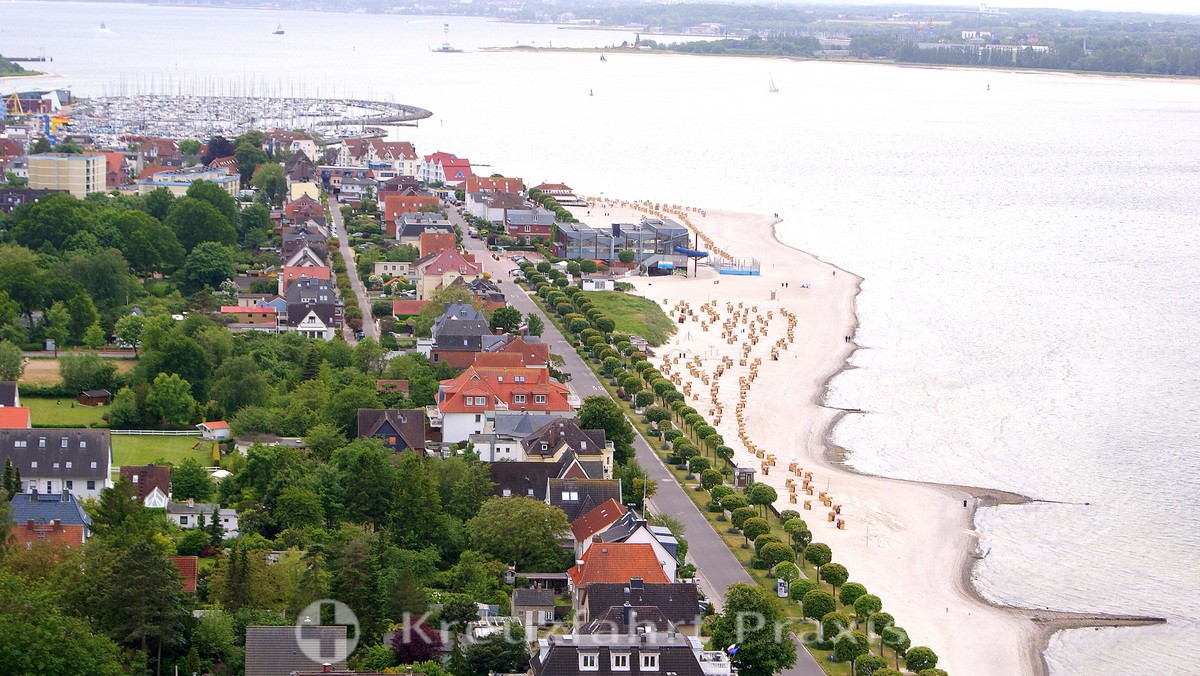 View of the Kiel Fjord

Kiel's story in a nutshell

The origins of the city go back to the 13th century. It is documented that the city was awarded the "Lübische Stadtrecht" in 1242. Kiel was admitted to the Hanseatic League as early as 1283. At the beginning of the 16th century the city had to leave the alliance at the instigation of the Hanseatic city of Lübeck. With the exclusion, the behavior of city leaders towards pirates and their loot was assessed. As a result, the admissions and exclusions were repeated several times. It seems that the cities of Lübeck and Kiel did not get along well. Lübeck held the leading position in the circle of Hanseatic cities from the start. 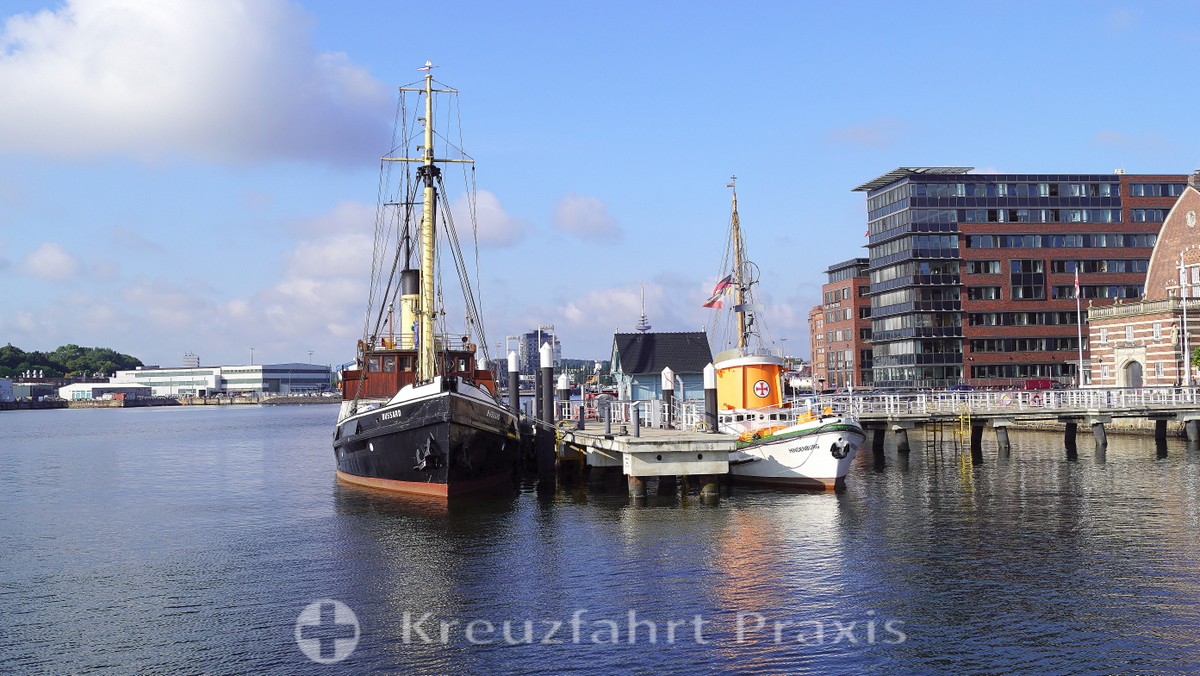 Apart from belonging to the Hanseatic League, the rulership in the north changed several times over the centuries between Denmark and the Holy Roman Empire of the German Nation. Last but not least, Kiel was finally taken over by the German Confederation in 1815.

After the founding of the empire in 1871, the city quickly grew into a large city. After Wilhelmshaven, Kiel became Germany's second naval port. The Kaiser Wilhelm Canal, opened in 1895, connected the city with the North Sea. The waterway known today as the Kiel Canal later developed into the most traveled waterway in the world. Nothing has changed to this day; more than 30.000 ships use the canal every year. Due to its strategic location, Kiel eventually became the main port of the German navy. The city thrived thanks to the fleet and the business settlements that resulted from it. 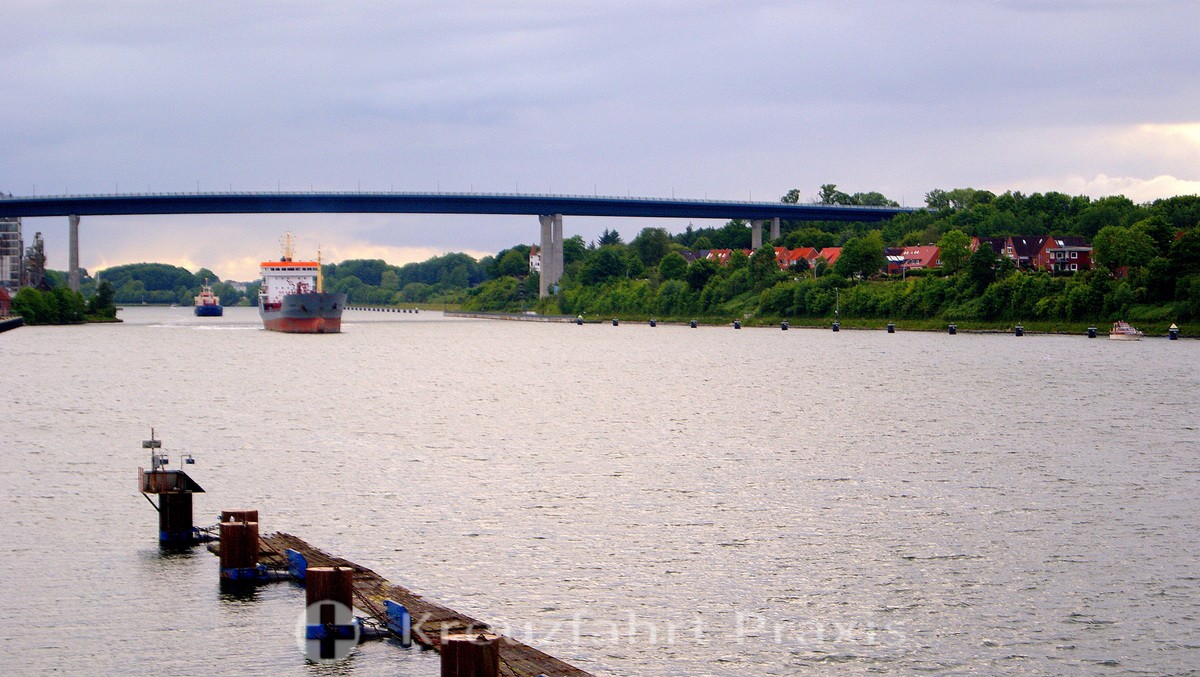 The growing prosperity found its expression in a remarkable Wilhelminian style architecture. However, 80 percent of the historic center of the city was destroyed in Allied air raids during World War II. Much of the building fabric from the early days was lost forever. In the reconstruction, more pragmatic solutions were used. This is the reason that many unattractive buildings still characterize the Kiel cityscape. 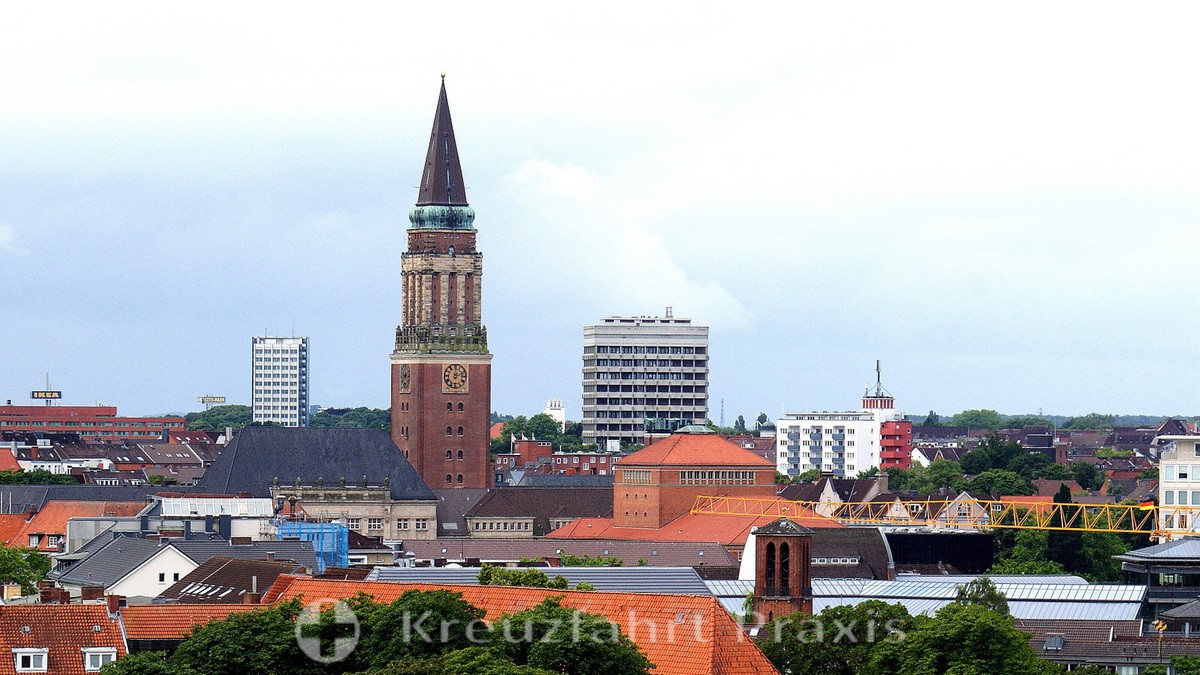 At present, Kiel is primarily a service location. More than three quarters of all employees are employed in this sector. The manufacturing industry only accounts for around 20 percent of the added value. After all, Kiel is a shipyard location. Industrial companies close to the shipyard are based in Kiel. The seaport is of great economic importance. Above all, ferry services to Scandinavia and, more recently, the rapidly growing cruise market promote the development of the PORT OF KIEL. 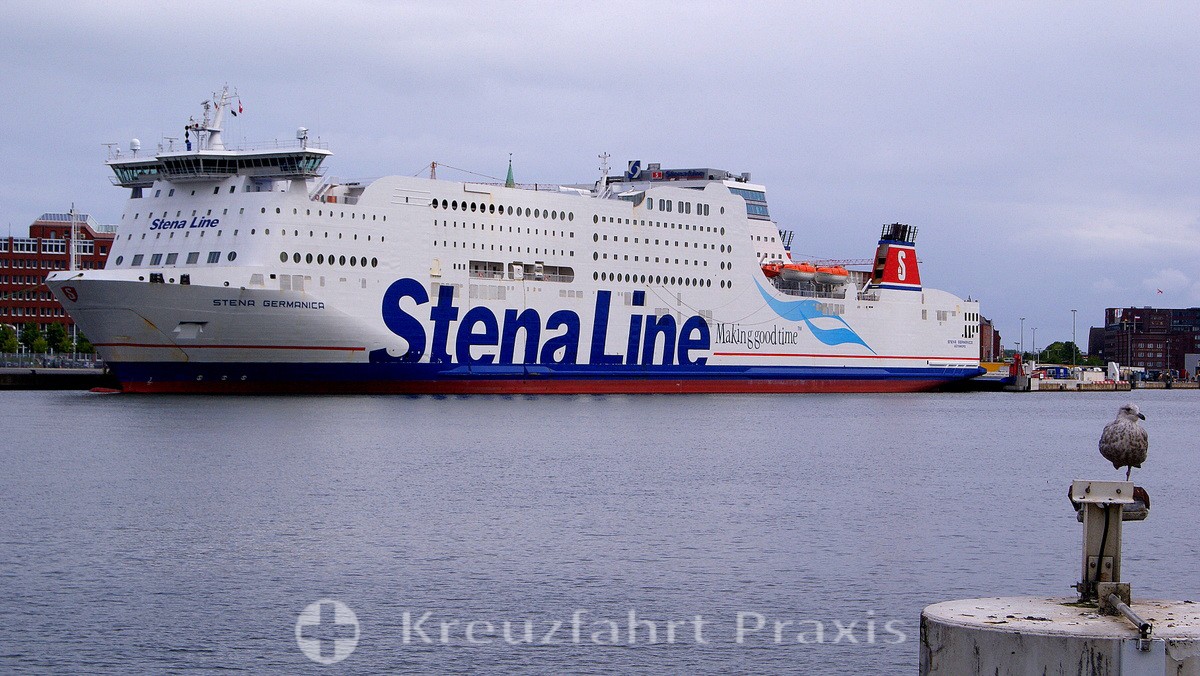 Kiel is not only the political and economic center of the country. Kiel is also a university city. The Christian Albrechts University has existed since 1665. Kiel is also the location of a technical college, an art college and the Schleswig-Holstein business academy. Institutions such as the Institute for the World Economy complete the scientific spectrum.

The Kieler Woche is indispensable. The annual regatta week has been held in Kiel since the end of the 19th century. Sailors from all over the world meet for various sporting competitions. A highlight for many spectators is the windjammer parade, which has been taking place regularly since 1998, to which, in addition to large and traditional sailors, historical steamships and many hundreds of sailing boats regularly gather. The Kiel Week is not just about sailing, it is also the largest summer festival in Northern Europe. More than 2.000 individual events attract more than three million visitors each year. 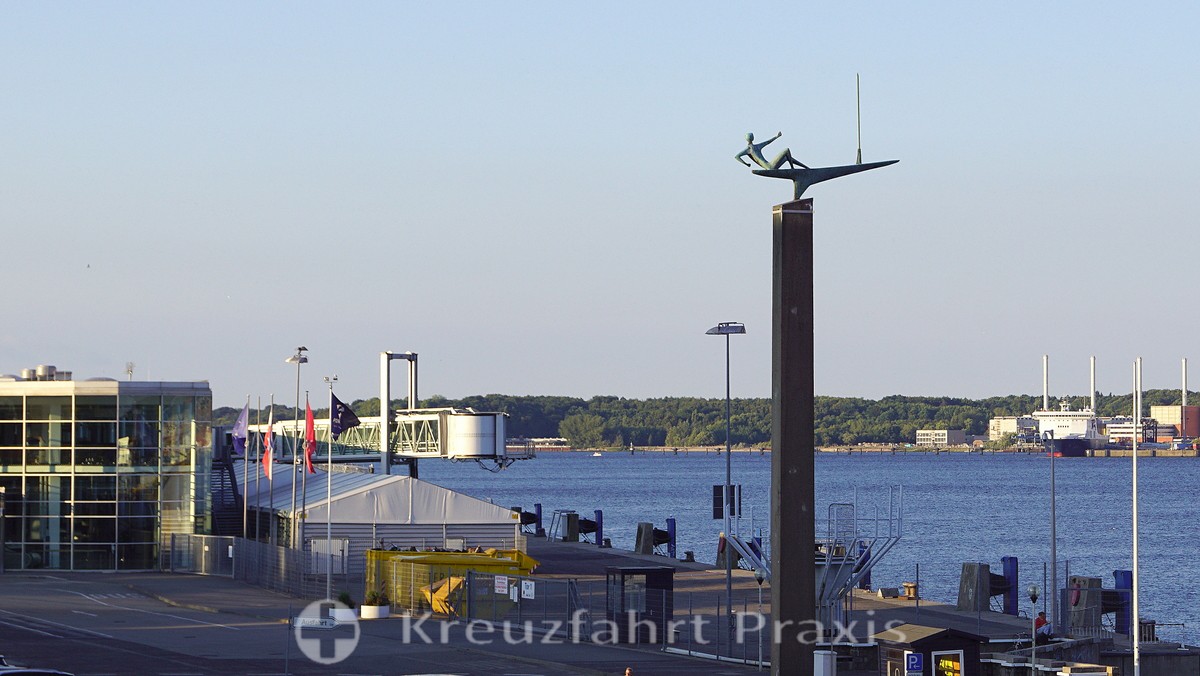 Sculpture sailor - at the Ostseekai

With the Baltic Sea, Norway and Schwedenkai as well as a berth in the Ostuferhafen, the city has four modern passenger terminals. More than 1,58 million travelers used the ferry terminals to Norway, Sweden and the Baltic states in 2019. In addition, there were just under 803.000 cruise passengers. - Kiel is the starting point for cruises to the metropolises of the Baltic Sea and along the Norwegian fjords. Especially in midsummer, cruise ships start from Kiel to the North Cape, to Spitzbergen or to Iceland. Kiel and the surrounding area offer a lot of attractions. We report on this under Kiel - sights.