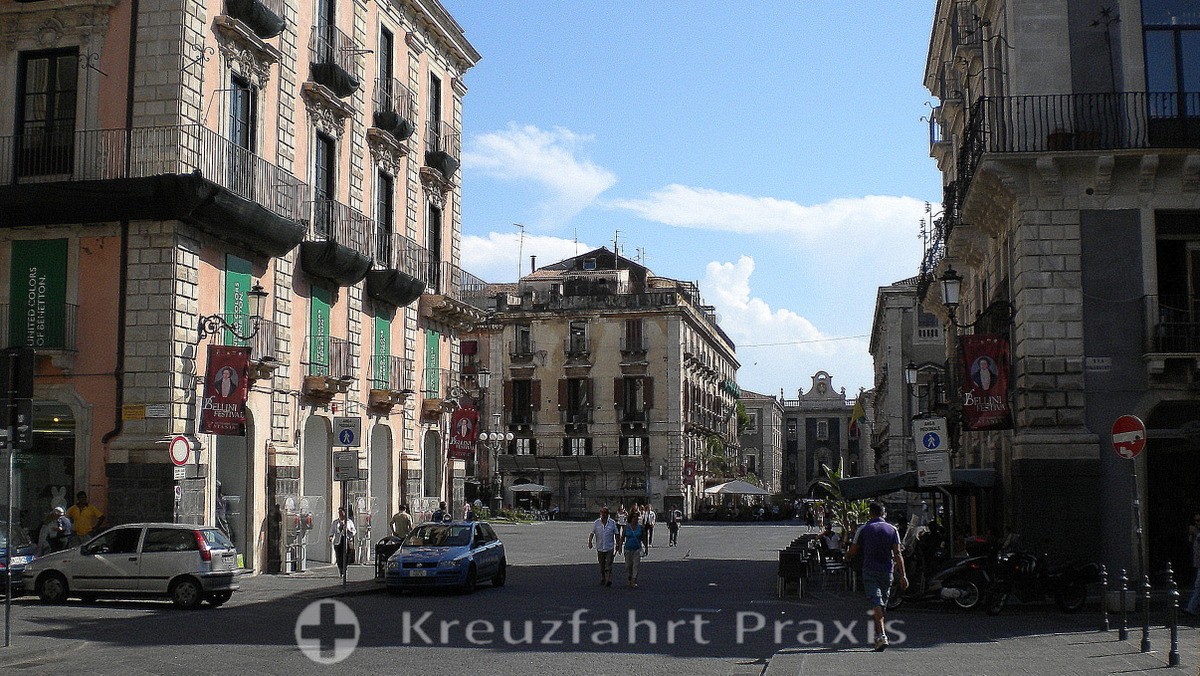 With more than 300.000 inhabitants, Catania is the second largest city in Sicily. It is located on the east coast between Messina and Syracuse. Catania is a bustling, southern Italian city. In the outskirts, modern, arbitrarily looking residential areas dominate. The historic city center, on the other hand, appears homogeneous. Because of its predominantly late baroque buildings, it was placed under the protection of World Heritage by UNESCO in 2002. 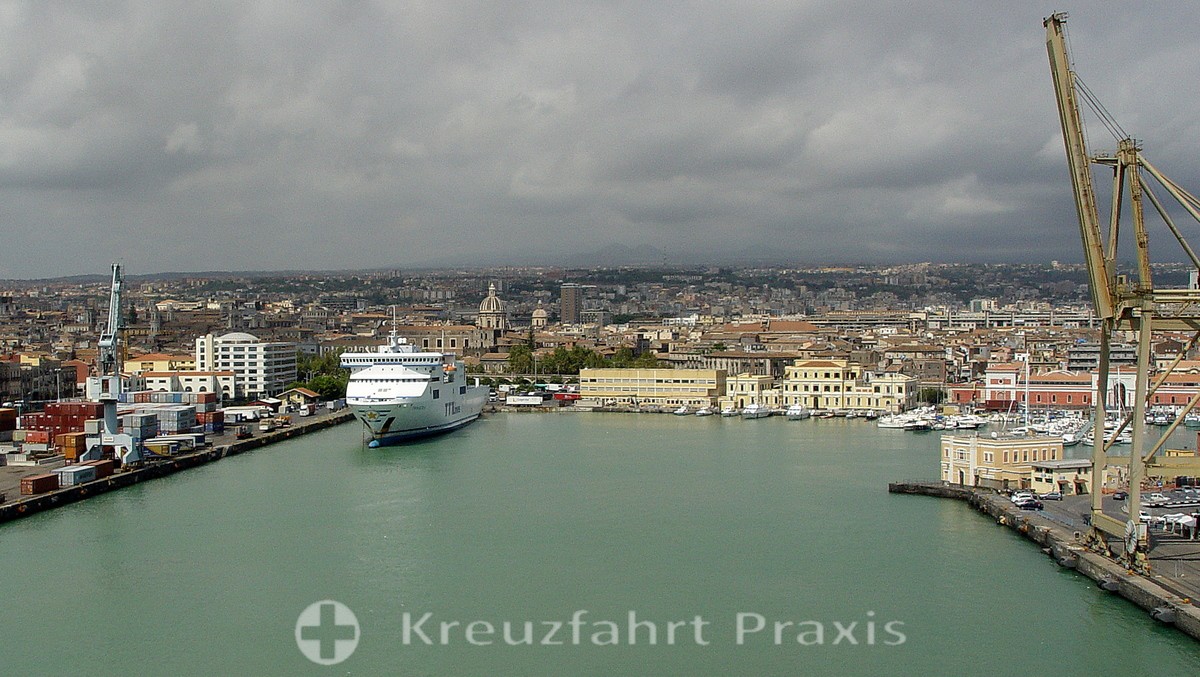 Catania - view of the city and port

The origins of Catania go back to Greek settlers. They settled in the area around 2.800 years ago. They were followed by the Romans, who, because of its favorable location, expanded the city into a trading base for the entire Mediterranean region. A few hundred years later, Arabs conquered the country. They developed the region into an agricultural center. This fertile era ended when Muslims looted and destroyed the city in the late 9th century. What was left of the buildings after that was destroyed by an earthquake in 1169. 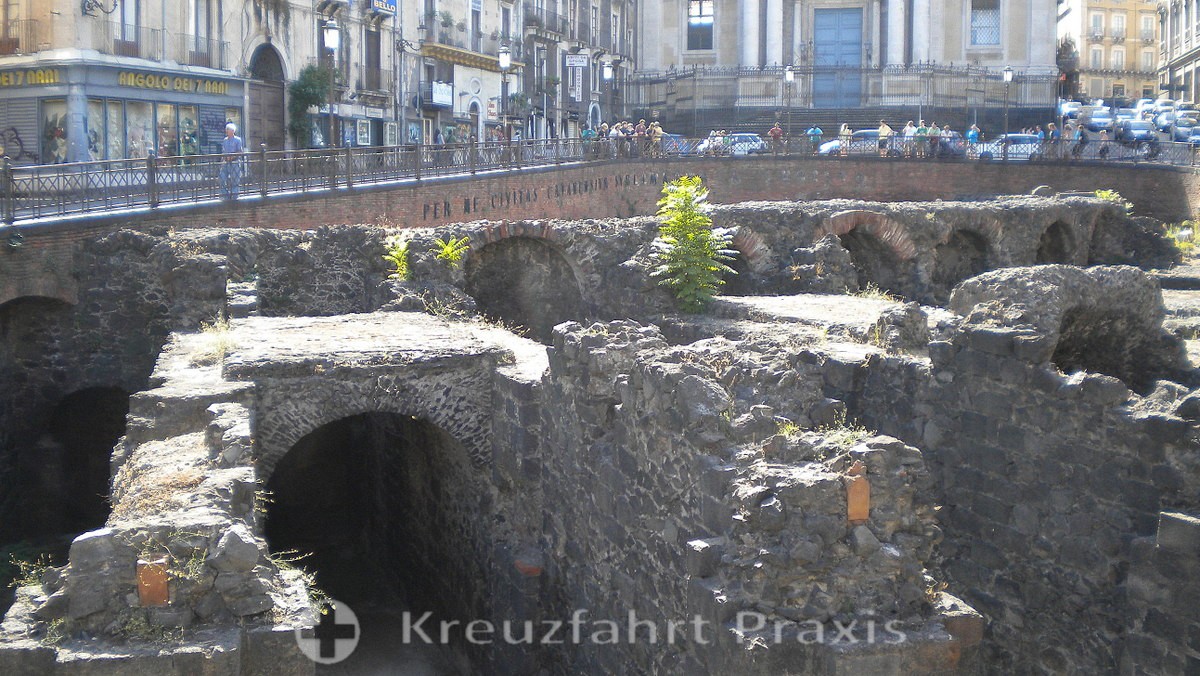 Catania - remains of the Roman amphitheater

Exactly five hundred years later, the nearby Etna volcano erupted in 1669. Lava flows largely reduced the rebuilt Catania to rubble and ashes. This devastating volcanic eruption was followed by the earthquake of 1693, which almost completely destroyed Catania.

The residents were not deterred by any of this. The motto of the city is: "I will rise from the ashes more blooming". In the following century, the citizens of Catania rebuilt their city from the dark lava rock, following the example of the Roman Baroque. 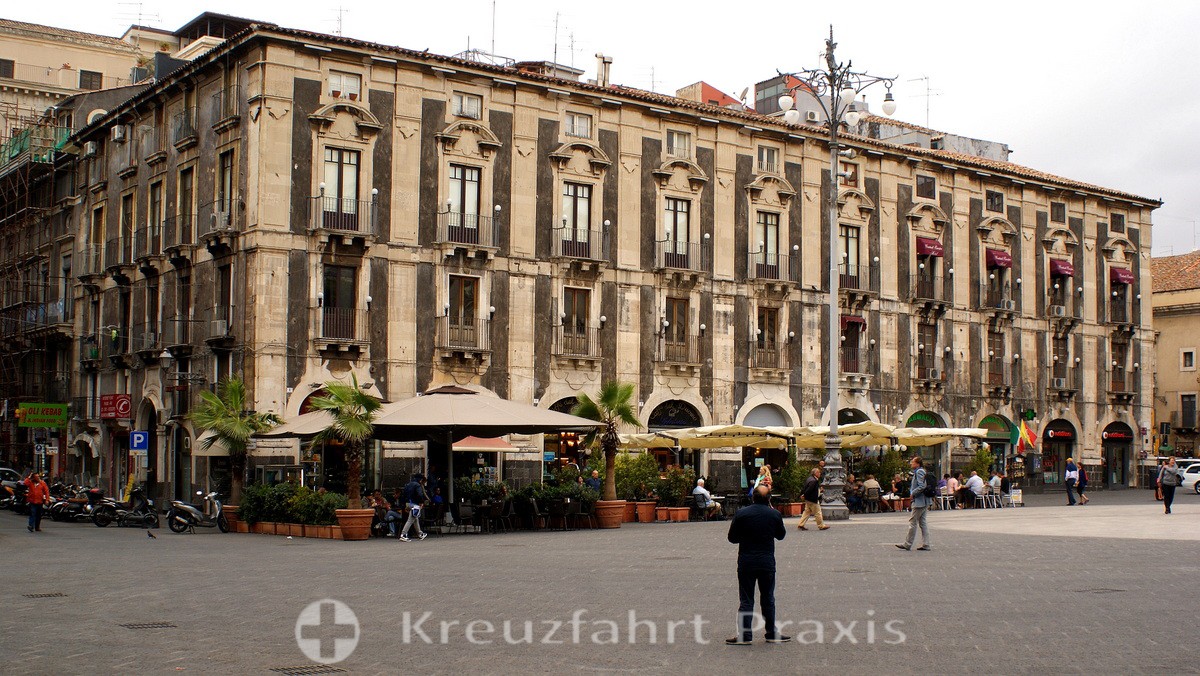 The provincial capital Catania is not a tranquil place. Catania has an important port. The city is an important production and service location. The focus is on the manufacture of electronic components and plastics processing. In addition, the inhabitants of the city and its surroundings find employment in agriculture, the food industry and the growing tourism sector. 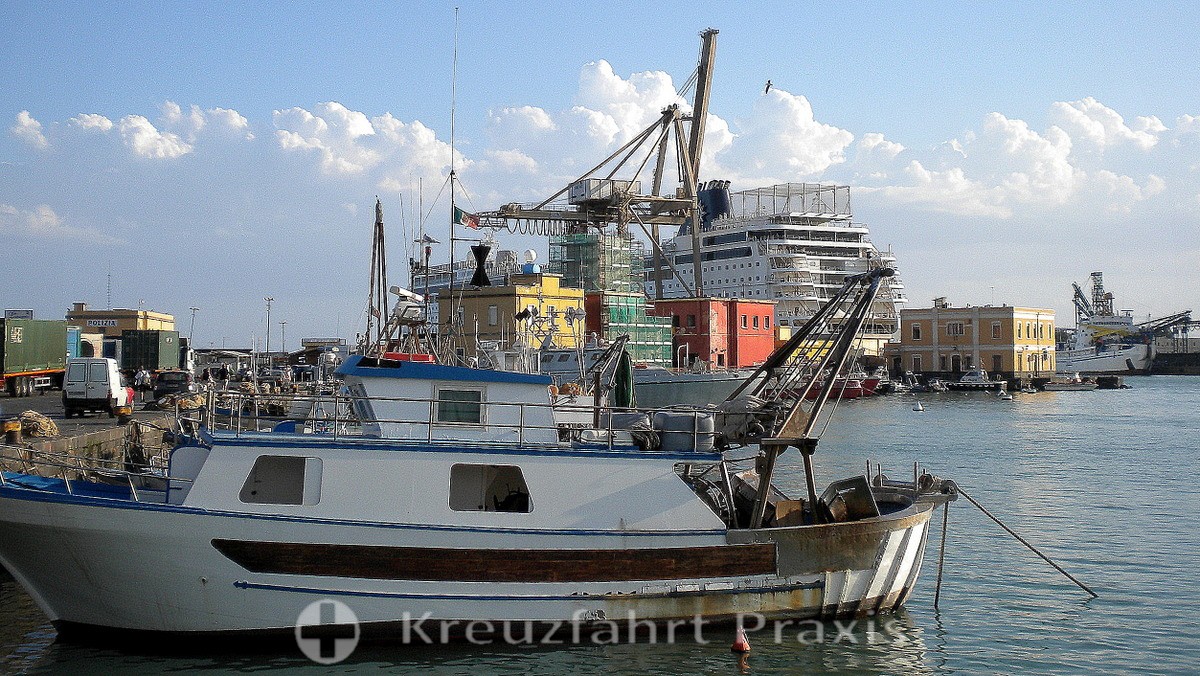 In addition to all commerce, the city is also an intellectual center. The history of the University of Catania, the first university built in Sicily, dates back to 1434. An art school and a well-known observatory round off the complex of science and education. 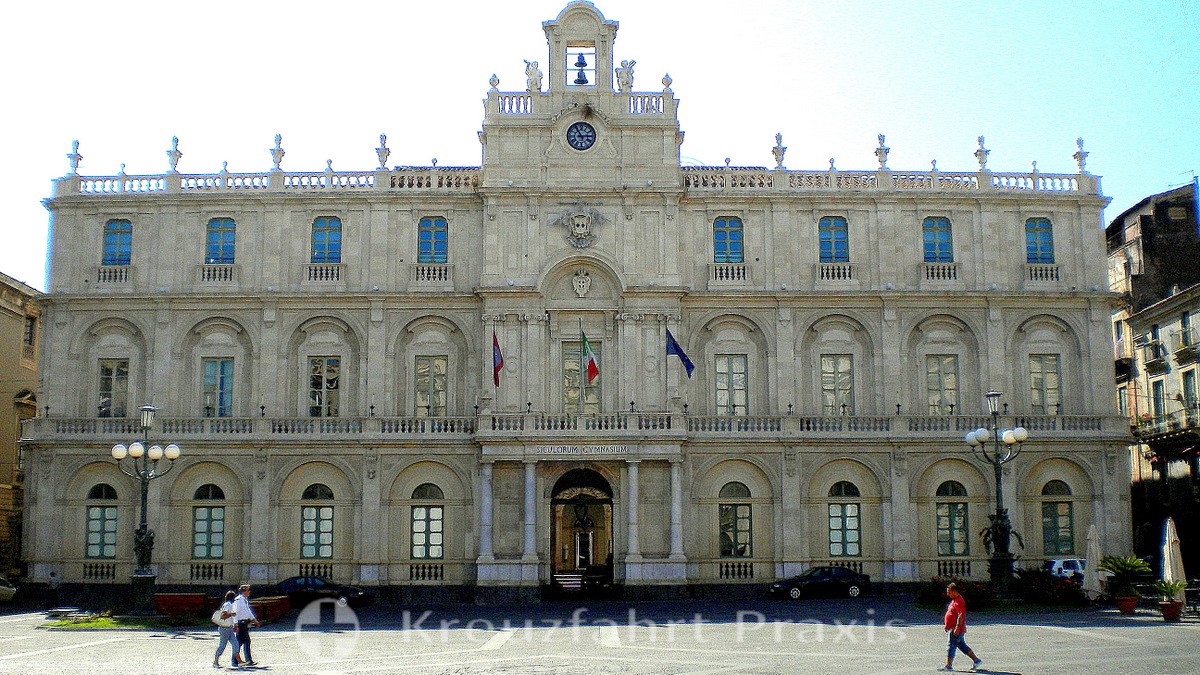 Catania is regularly called at by cruise ships. The cruise port is conveniently located to the center. It is only 1.000 meters to the Fontana dell'Elefante in the Piazza del Duomo, one of the central places in the city. In our post Catania sightseeing we describe what the city and its surroundings offer their visitors.