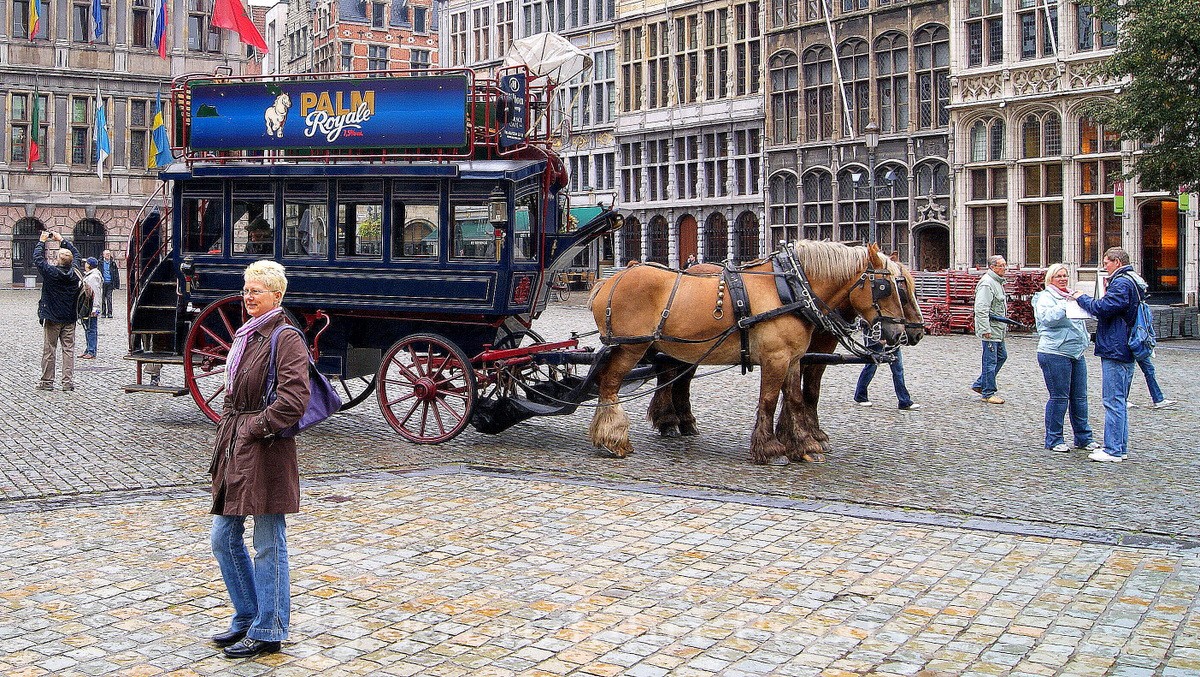 Europe's largest cargo ports are in the order of priority: Rotterdam, Antwerp and Hamburg. We know Rotterdam and Hamburg; Antwerp is our current cruise destination. The Belgian port city is located in the north of the country in the province of Flanders bordering the Netherlands. Almost 530.000 people live in Belgium's largest city at the beginning of 2020. 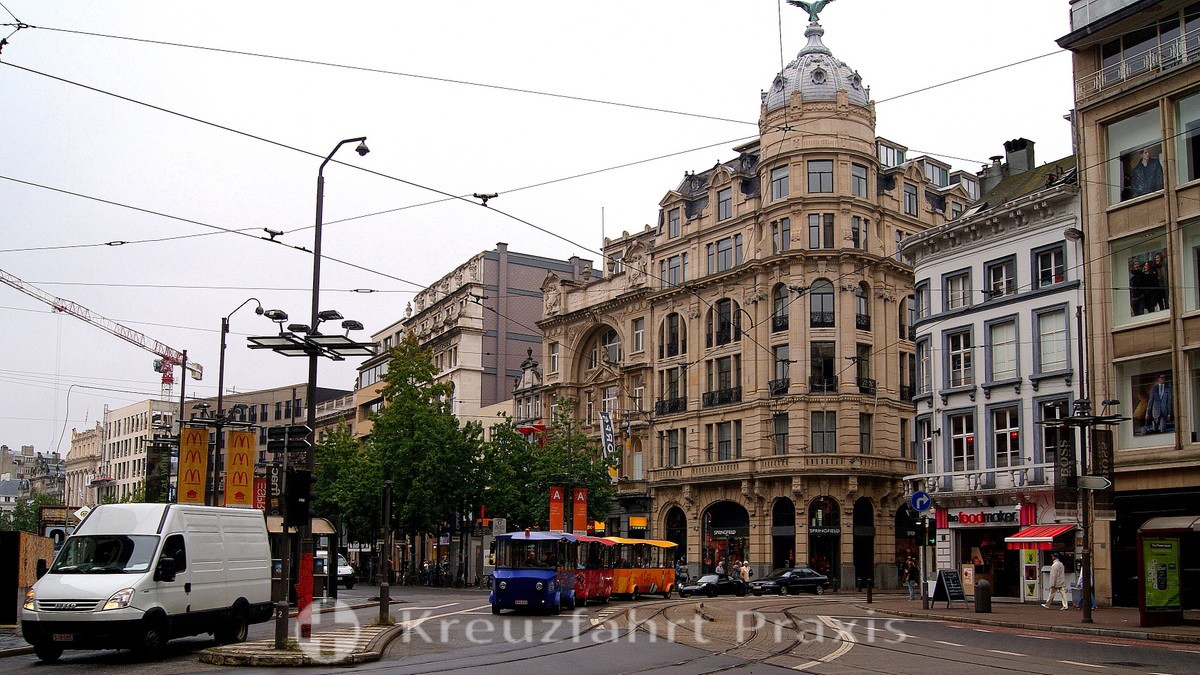 Antwerp's port is located far inland. Ships cover 88 kilometers to the point where the Scheldt flows into the North Sea. On the way, some of the ships pass through Dutch territory. The fact is: the river is wide and deep enough. Large ocean-going vessels use it without risk. 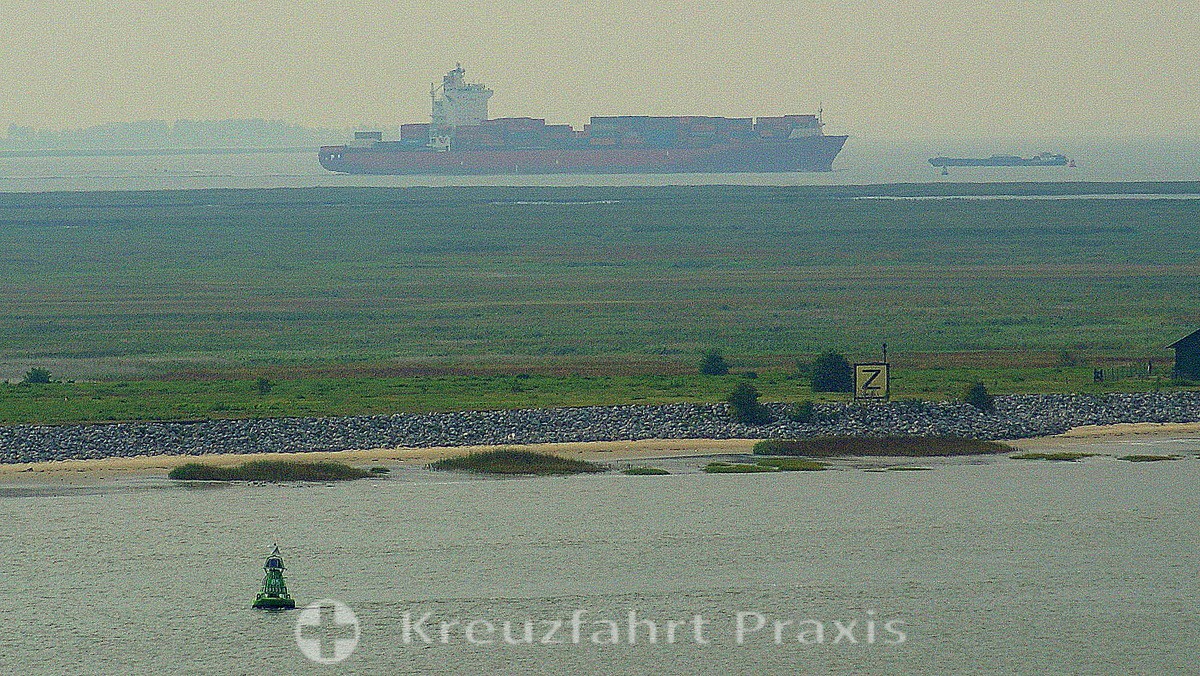 Container ship on the Scheldt

Antwerp's economy - a little bit of everything

Historical finds show that Antwerp was once a Roman settlement. After a changeable history, the city was granted city rights in 1291. From the 14th century onwards, it developed into one of the leading trading centers in Europe. Antwerp was one of the largest cities in the world in the 15th and 16th centuries. And thanks to its port and a flourishing cloth trade, it was one of the most important European economic centers. And that's how it stayed until today. The port operations, huge petro-chemical plants, industry and commerce make the city a heavyweight in the region. 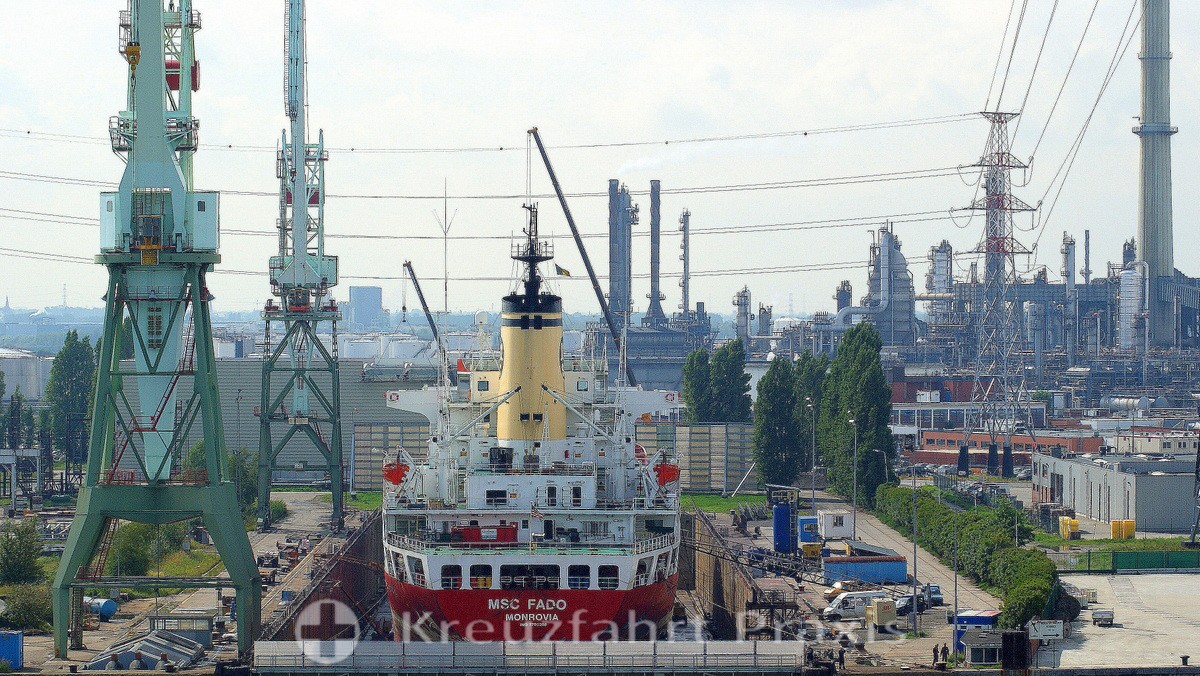 Another special feature deserves mentioning: Antwerp is traditionally the most important trading center for diamonds worldwide. On site, four diamond exchanges and around 1.600 diamond dealers are dedicated to the valuable stones.

Economic success and prosperity gave rise to magnificent churches and secular buildings of high artistic and craft value. Patrons supported famous artists such as Rubens, van Dyck and Jan Brueghel. They all lived and worked in Antwerp. Today the city is a university location, seat of an important regional opera and several world-famous museums. 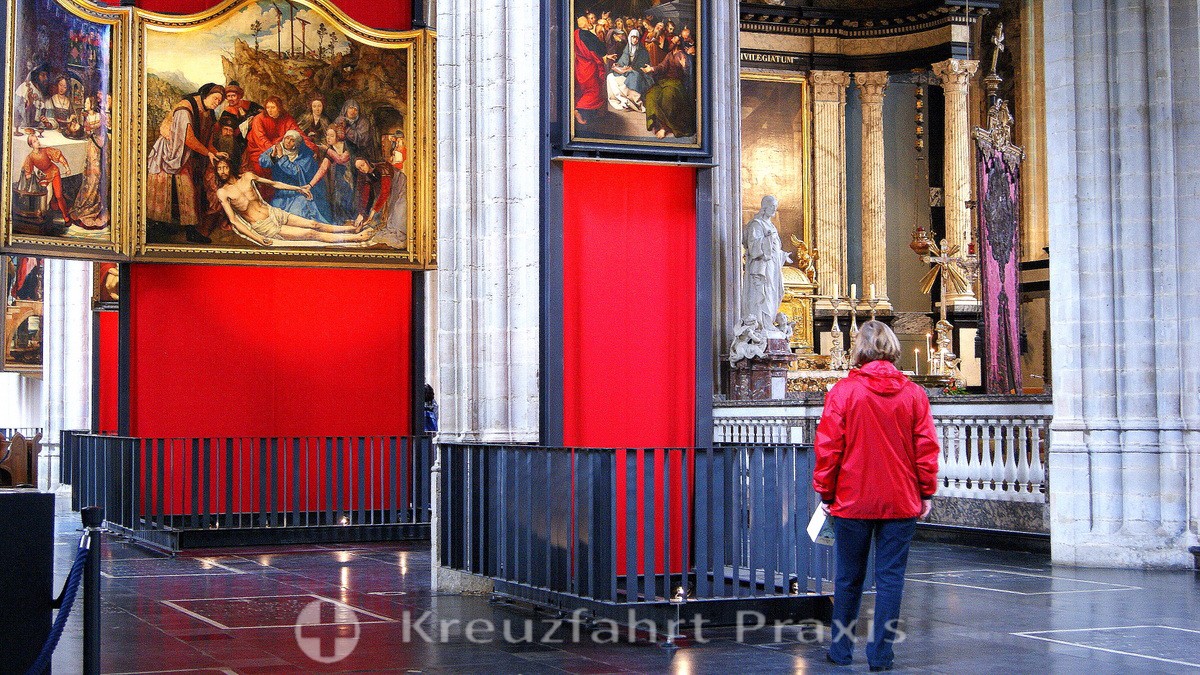 Antwerp's Cathedral of Our Lady

During the Second World War, Antwerp, which was occupied by German troops, was hotly contested. Several Allied air strikes and German reprisals resulted in thousands of civilian deaths. Despite the severe effects of the war, Antwerp has preserved its historic city center well. That makes the visitors happy. The city recorded nearly two million overnight stays in 2015. 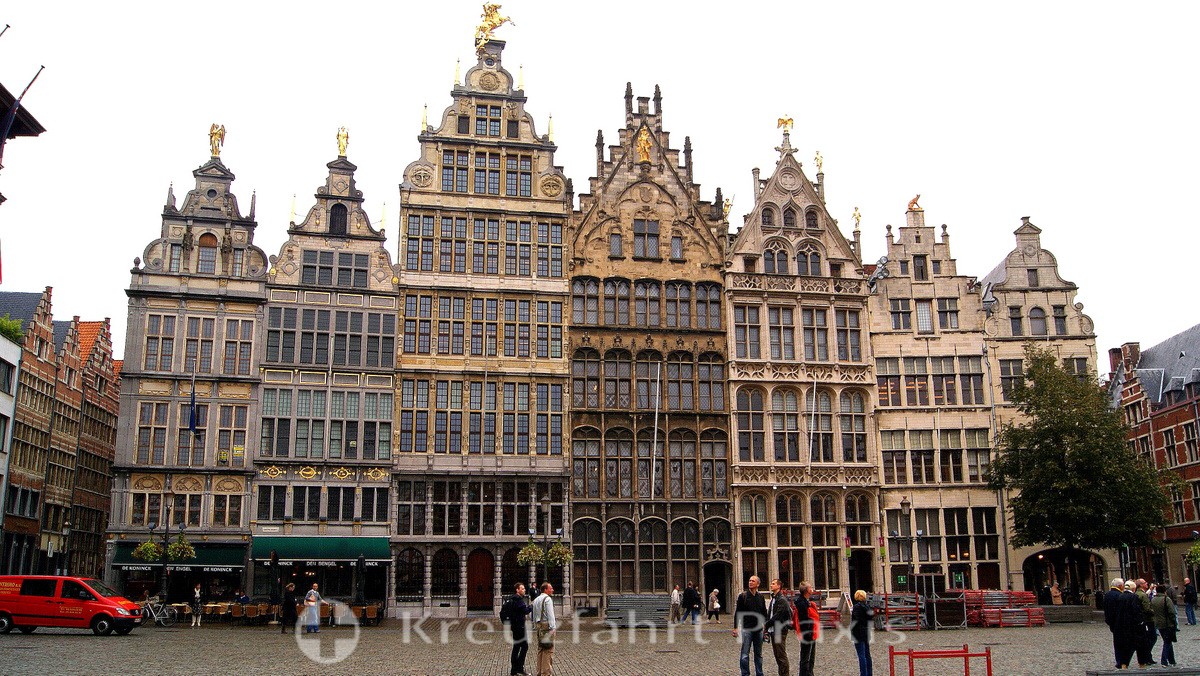 In addition to cargo ships, cruise ships also go up the Scheldt. Hundreds of river boats frequent the berths in the port every year. In addition, there were more than 2019 ocean-going ships in 30. They moor at the Zuiderterras terminal below the historic old town. The berth is a few hundred steps from the cathedral. 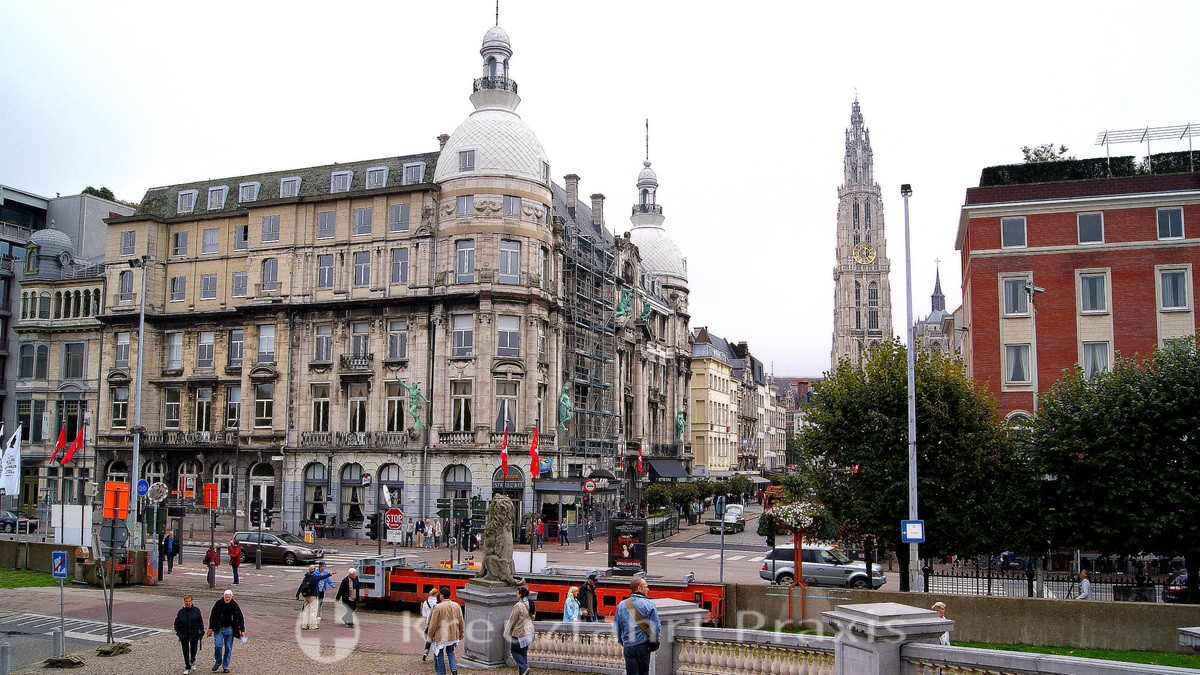 View from the Steenplein to the van Mieghem Museum

Ships longer than 265 meters dock in the industrial port. A shuttle bus service takes about 15 minutes to get you to Het Steen Castle.